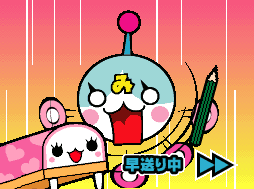 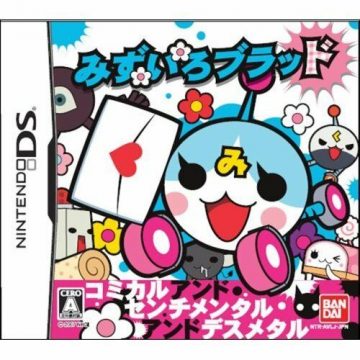 Mizuiro-chan is an adorable round robot with something of a foul mouth, attending her studies at Blood University. You spend a year with her as she attends classes for a year and chases after her love interest, Kato-kun. While linked together with animated cutscenes, the interactive portion of Mizuiro Blood takes the form of various minigames, mostly focusing on Japanese language or rhythm games, all requiring using the stylus and the touch screen. 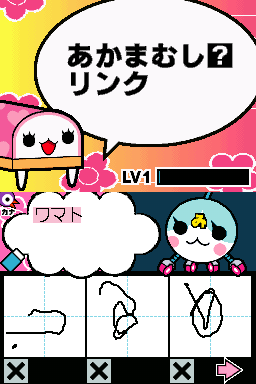 While the visuals are all incredibly cutesy – the art is suppled by Yukiko Yoko, well known for the Taiko Drum Master series, and the designs are incredibly similar – it has a ridiculous dark streak to it, as Mizuiro-chan is brutally killed after failing. Since she’s an immortal robot, she always ends up okay in the next screen, but the parts where she’s sliced, stabbed, or crushed, as blue blood splatters all over, are hilariously violent, especially considered the all-ages CERO A rating. (“Mizuiro” translated to “blue blood” – it’s technically supposed to be oil, though within the context of the game, it’s also poisonous.) In fact, even during the regular story scenes, her or other characters might be casually murdered, and the games continues on as if it doesn’t really matter. There’s a reason why Namco called this a “Instant Death Nonsense Romantic Comedy”. The text on the cover also reads “Comical – Sentimental – Death Metal”. 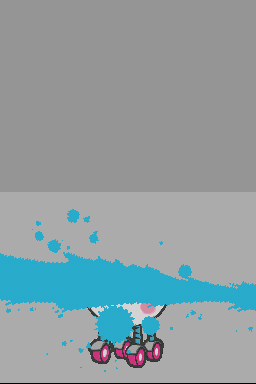 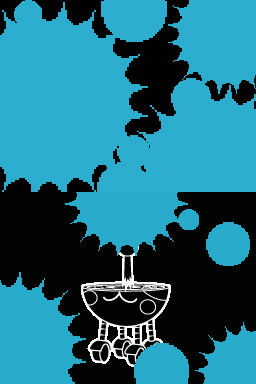 As the months go by, the story proceeds to go completely off the rails, as what started incredibly silly love tale eventually erupts into a gigantic space war. Indeed, Mizuiro Blood is part of Namco’s expansive United Galaxy Space Force (USGF) timeline, linking together many of Namco’s classic arcade shooters like Gaplus and Star Luster, and later went on to include other games like Ace Combat and Mr. Driller. 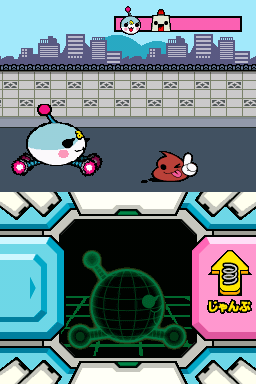 The appeal of Mizuiro Blood lies in its childlike visuals contrasting with its dark comedy. The animation is enjoyable without knowing Japanese, though the text is filled with tons of parodies and references to various games and anime that might be lost. However, actually playing the game is incredibly difficult unless you have some baseline knowledge of the language – the very first minigame requires that you spell out a specific kanji in hiragana, and later games also require filling in blanks or playing other word games. Your penmanship has to be good enough for the game to interpret, too – you’re under a time limit, and if you take too long, poor Mizuiro-chan will get slaughtered. If it’s too difficult, you can still enjoy its loopiness by watching a video playthrough – despite having 40 stages (plus some bonuses and multiplayer games), it’s not terribly long.