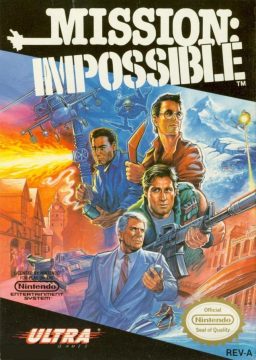 Americans are practically required by law to have at least heard of Mission: Impossible at some point in their lives. Created by Bruce Geller, the original television series focused on a group of agents in the Impossible Mission Force (IMF), a covert government organization that specializes in black ops to stop schemes concocted by dictators, crime lords, and the like. Mission: Impossible lasted for seven seasons, and the show was incredibly popular for its time, as were most spy-themed series in the 60s. The show was revived and presented as a new series in 1988, with mostly different actors but a similar format and feel to the original. Lasting for only two seasons, the revival wasn’t quite as monumental as the original, but it was far truer to the spirit of the original show than the modern line of action films with the Mission: Impossible name on them. 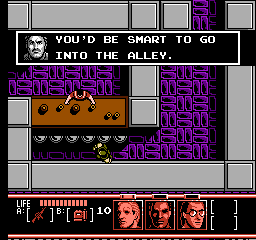 In spite of this, Mission: Impossible got its own game for the NES courtesy of Konami. The plot is as straightforward as most episodes: Jim Phelps tasks Max Harte, Grant Collier, and Nicholas Black to rescue the brilliant Dr. O and agent Shannon Reed, posing as his secretary, from an anonymous organization called the Sinister Seven. This mission (should they decide to accept it) starts the heroes off on the streets of Moscow before moving them to a high-speed boat chase in Venice, the Syrinx Temple of East Berlin, a prisoner camp in Switzerland, a race to safety down the Swiss Alps, and the Sinister Seven base found in Cyprus. 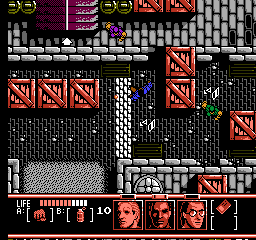 Considering the series’ genre and this game’s developer, it is not surprising that it plays somewhat akin to Metal Gear, albeit at a faster pace and with more emphasis on the action. There are six stages, four of which play in an overhead perspective (stages one, three, four, and six) with the remaining two (stages two and five) playing as short-yet-speedy racing segments. The bulk of the game is found in the on-foot action stages, all of which are large and mostly nonlinear maps with multiple areas to explore. In these levels, you switch between Max, Grant, and Nicholas while the action is paused; each agent has a primary weapon with infinite use for button A, a subweapon with limited quantity for button B, and different walk speeds in accordance with the range of their main weapon. 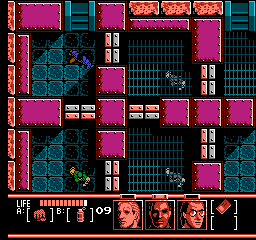 Max totes a rifle that fires across the entire screen and 10 powerful remote detonation bombs, which waste most enemies instantly. However, being that he has the heaviest weapon, he also moves the slowest out of the three agents. Grant fights with his fists and doesn’t have much attack range, but as he isn’t burdened with heavy artillery, he’s also the fastest runner of the bunch. Additionally, he carries 10 paralyzing gas grenades and, true to his techno-whiz nature, can disable electronic locks on security doors by inputting a simple four-digit passcode. Nicholas moves faster than Max and tosses out boomerangs with better attack range than Grant. His thespian training also comes with five temporary disguises which cause enemies to not attack him for a brief period of time. 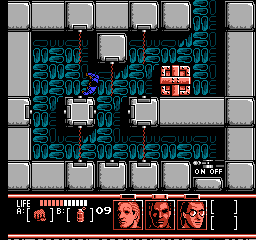 The goal in each stage varies, but the basic premise is the same: Fight and/or sneak your way past lots of enemy guards and traps to reach the desired target point. It’s not often clear what exactly you need to do in each on-foot stage, though there are information dealers who will tell you of where to go and what to watch out for. The endpoints of these levels are always found beyond a special door next to a control panel that requires the input of an ID card, but you need to find a forger to make these for the agents before you can pass the checkpoints. Your three agents essentially act as lives, and if all three of them are killed in action, the game is over. You continue at the very beginning of the mission, a rather crushing punishment considering how incredibly long the on-foot stages are. Each agent can take a fair amount of punishment (except from a few powerful weapons like Molotov cocktails), but they can easily die instantly by falling off into a dark pitfall or inescapable water. 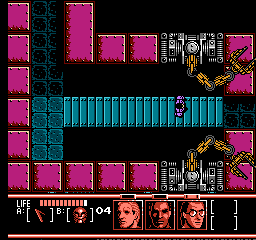 This lack of mercy is only one element in the game’s foremost flaw: Its difficulty transcends the point of “interesting challenge” and enters into the territory of “painfully frustrating”. While the stages are not too terribly complex or confusing to navigate, it’s likely that you’ll die before figuring out what it is you’re supposed to accomplish, unless you’ve played the stage many times before and know what to expect. Most areas are full of enemies, the most common being green and purple soldiers and respectively carrying knives and pistols. More obnoxious opponents include shield-toting sprinters who attempt to push you over fatal ledges, assassins with claws that rush in if you trip an alarm, and absolutely nefarious flamethrower guards in the final level. 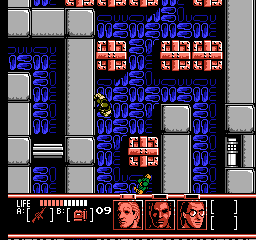 Still, the game isn’t totally bereft of leniency, as you get infinite continues, and every level after the first has a password to resume your progress at a later date. Furthermore, each stage has first aid kits that can completely heal any agent, and suitcases that max out the stock of one agent’s subweapon. However, you still have to be incredibly careful of your surroundings and learn from your mistakes if you lose all your agents. Even one death cripples your chances for victory, especially Grant, with his electronic lockpicking skill. 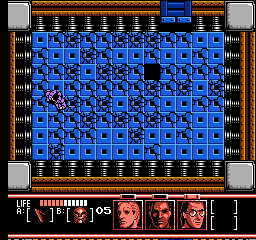 The game only has two real boss fights in it, but this might not be so bad, considering how truly vile one of the encounters turns out to be. The bad guy in a wheelchair at the end of the first level accidentally kills himself in a very stupid fashion by falling into a pit. There’s another boss in stage 4, who takes Agent Reed as a hostage, but he isn’t so bad to deal with if you play carefully. However, the boss at the end of the third stage (an incongruous, albeit obligatory ninja) is terribly aggravating thanks to weak floor tiles that will break and instantly kill your character if you stand still for more than a second. 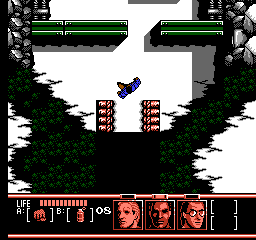 The two vehicle segments are incredibly short compared to the other four stages. A single crash forces you to restart at the beginning, and the high speed at which the screen scrolls gives you such minimal time to react that you might as well learn where not to turn through trial-and-error. 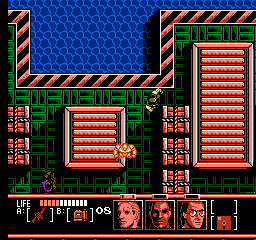 The challenge breaks the maxim of fun in the final level. Flamethrower jets, falling floors, every variety of enemy imaginable, and other nasty surprises hinder your progress with every step you take. The finale, for some reason, rips off the beloved 80s film WarGames. You have to stop a supercomputer from launching nukes, and after inputting a four-letter password which you hopefully remember from Dr. O (after rescuing him in stage 4), you have to tell the computer to play Madelinette, a game rather similar in design to tic-tac-toe. After playing three draw games, the computer goes nuts and eventually realizes the “game” it’s playing isn’t very fun, thus saving the world in a way that would make Matthew Broderick proud. 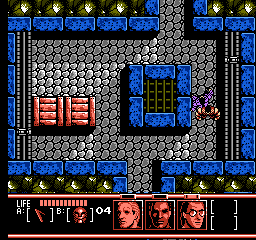 In spite of its issues, the game has an awesome soundtrack that compliments the action-spy motif. Starting from a catchy beat on the Moscow streets, evolving into a hellish secret underground base theme later in the level, and ramping up the tempo for the two race levels among many other neat tunes, the music is a fine compliment to the gratuitous amount of danger that you’ll experience. 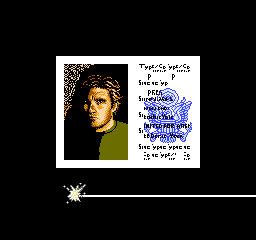 Mission: Impossible actually isn’t that bad for a game based on a television series, but the heaven-high difficulty mark makes it inaccessible to all but the most insanely devoted gamers. Since it was a late release, and developed specifically for the North American market, it’s not nearly as polished as it should have been.