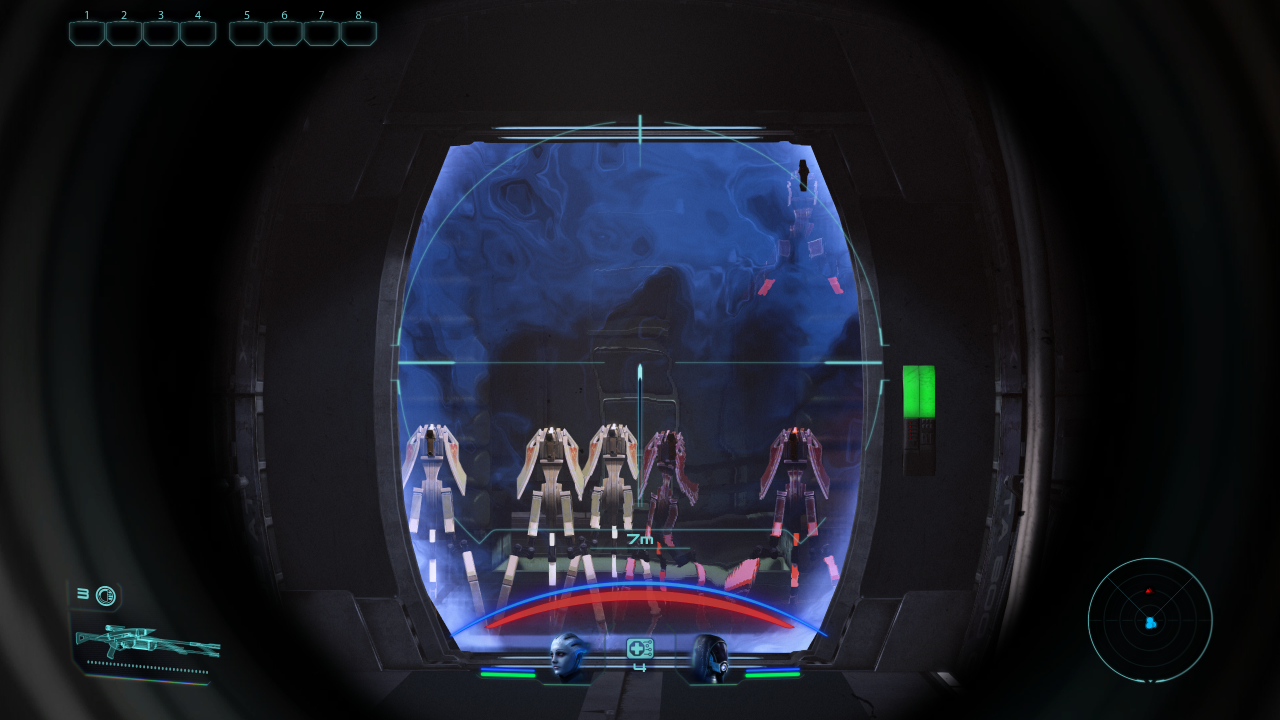 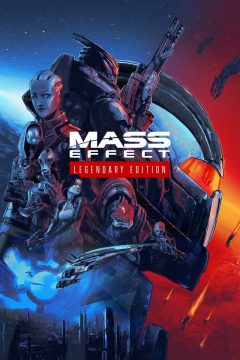 Bioware has had a rough decade. Dragon Age II started to show chinks in the armor, but could be forgiven by the fact that EA forced the game to be rushed out to build a brand. Star Wars: The Old Republic took a long time to find its footing after a disappointing launch and a variety of confused decisions from a team who didn’t quite understand MMOs. Mass Effect 3 ended the trilogy on a controversial note with an ending still debated to this day, and showed odd gameplay priorities with the multiplayer push.

Their big releases after that were Dragon Age Inquisition, a game that had a story that had to be finished up with DLC with a cliffhanger that has yet to be followed up, the messy and poorly managed Mass Effect Andromeda and its barren open worlds, and the unending disaster of bad decisions and unchecked ego that was Anthem. Bioware needed a win, especially after the storm of stories about their management’s failures and the bleeding of talent (currently kneecapping Dragon Age 4 and probably anything else on the docket we have yet to hear about). 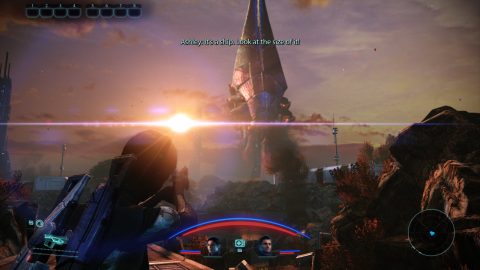 That win ended up being Mass Effect: Legendary Edition, a series of remasters of all three of the original games with various graphical updates and gameplay changes, all packaged together as a sixty dollar release for a single run netting you a hundred hours of playtime easily. After a rather bizarre series of promo images (including one that was just the same screenshot but now with another lens flare), the news got better as Bioware shared their changes, and the collection has gone over very, very well. This was a straight up win, and an impressive polishing of these wonderful games, if not particularly ambitious in the changes made. It doesn’t do anything wrong outside odd bugs (a Bioware standard at this point), but it also plays things fairly safe. Whether this is an overall positive or loss of a potential chance to improve on the originals is worth discussing.

The original Mass Effect is the most changed, getting a lot of texture and lighting updates. The lighting on Feros is darker for a more moody atmosphere that fits the mission, even it can be a bit hard to see things at a few points. That said, the game overall is brighter and should be toned down a bit in the options menu for a closer feel to the original. It’s most noticeable during the council sessions on the citadel. The combat hud is changed to match the looks of the later games that make important information easier to track, and you can now mark stuff in your inventory as junk for easy selling with merchants. 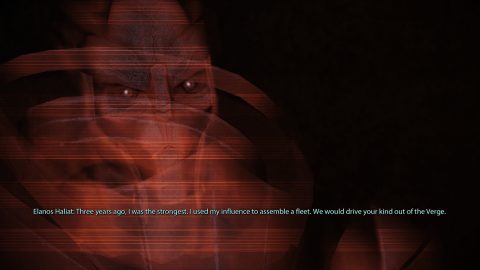 The character creator system has also been tweaked to look more in line with the other games, plus with some extra options from Andromeda, like more colorful lipstick and hair color options. This section also has hud and visual changes that make it look a bit more futuristic, including a neat bit where it tries to construct Shepard’s skeleton and body. Small detail, but one that shows how much the team wanted the original to line up better with the sequels.

The only bad change look wise is a single part of Eden Prime, where the introduction of Sovereign has a more natural sky that doesn’t have the same impact as the red one from the original. Ambient occlusion is also poorly implemented and huddles performance in all games in the collection. It looks nice but isn’t worth the odd frame drops. Also worth mentioning that dropping in Anderson’s model from ME3 into ME1 didn’t go quite right. He looks almost sickly at times, though now there’s no awkward skin color differences when he’s wearing a regular shirt during the citadel lockdown part of the game. 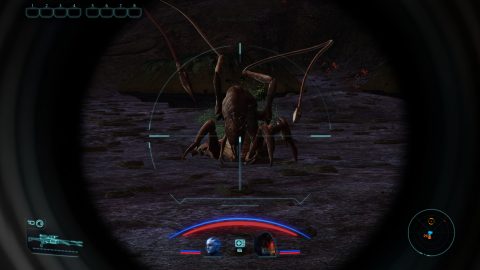 The aliens fair way better, even if the asari councilor in this game is strangely bright. The turians and krogan have never looked better, chocked with detail that was harder to make out before. It also should be mentioned minor side character Elanos Haliat, a pirate who organized the attack on Elysium that plays a part in a paragon Shepard’s back story, has a proper turian character model instead of the weird human one caused by a glitch that made no sense lore and timeline wise. Even the boss fight on Noveria has an added biotic barrier so the fight itself makes any sort of sense.

Gameplay wise, the Mako has had a few tweaks to give it a better feel to use, plus the experience penalty for using it is removed. It does have a terrible new default control where it looks where your camera is, causing bizarre turns, so turn that off in options. Melee has a dedicated button, and your guns act a bit differently. You can use any weapon from the start well, like being able to zoom with no shake with sniper rifles or the awful spread of the assault rifle being nerfed, putting points in weapon skills improving damage and such further. 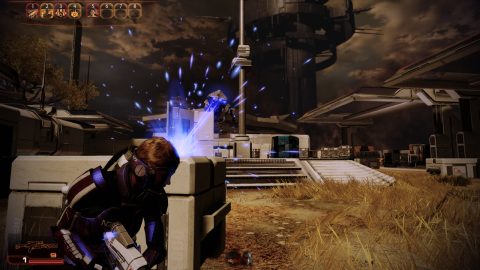 Cover is snappier to enter and exit, and a few main story line fights in this one and Mass Effect 2 are modified to make them both fairer and more engaging. For example, the mission to rescue Liara now has a fight with the geth colossus that gives you starting cover. Even the thresher maws have been revamped into special mini-bosses with new attack phases and a shotgun spread style acid spit that requires different dodging tactics. It makes these encounters more engaging, rather than just beating down a damage sponge to make the experience to fall out. The difference in hacking minigames in the first game from platform to platform has also been uniformed into the PC version’s bypass style minigame, the simon says style one reserved for some side missions as was in the original PC version.

There’s plenty of other changes as well, including removing ME1 experience caps, lower cooldowns, added headshot damage on most enemies, and so forth. A few of the changes are slap dash, like the final boss of ME1 sometimes summoning extra geth during the fight, but they’re ultimately positives. DLC is also implemented into all three games, minus Pinnacle Station due to missing source code. With how bad that DLC was, though, that may be for the best. 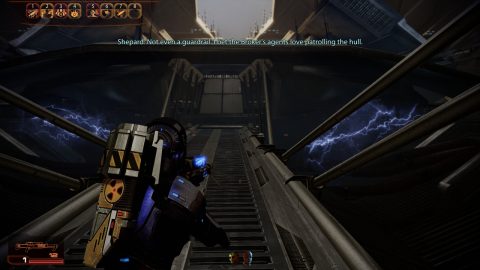 ME2 and ME3 also spread out DLC weapons and armor into various vendors, which fixes that weird issue in ME3 where you can break a segment where you fire at a robot assassin with your side arm if you use an odd DLC weapon that doesn’t have regular fire. It’s more difficult to get every upgrade in ME2 without post-game play, though, due to having less money imported from ME1 after a patch. It makes the early game a bit more tense as resources are more of a concern. Doing Lair of the Shadow Broker earlier and messing around with stuff like the varren fights are now more incentivized for this reason.

These are also easily the best versions of the sequels, as they make one major change in each. For Mass Effect 2, the morality system now works as the game would suggest, instead of the nonsense ratio counting system that made the new interruption system pointless. Now your ability to charm and intimidate is based on paragon and renegade points properly, not a percentage of your binary choices on which you picked. The game is much easier now with more ammo drops, so you may want to go up a difficulty or two. As for Mass Effect 3, the multiplayer mode is absent, as is the galactic readiness mechanic that tried to force you to play the multiplayer and get suckered into the micro-transaction economy. You can easily earn the minimum amount of war assets, and go well above the full threshold to unlock every ending. 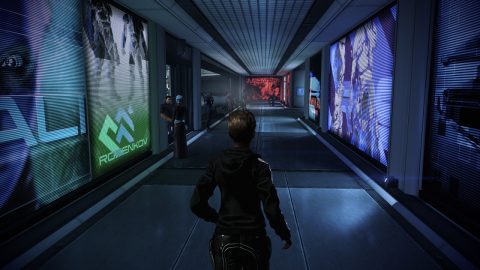 If there’s any major criticism that has to be layered at this collection, it’s that it’s simply a series of remasters instead of remakes. Major changes to the story are completely absent, so if you were expecting Bioware to correct past mistakes, you’ll be disappointed. Jack’s route with Femshep is still missing, particularly big snub that could have been a big feather in the cap for Bioware’s large queer following. There also no expanding on details or attempts to better connect story events between games outside correcting odd bugs related to how the games read saves and your choices in past games. This was clearly a limited project, so writing changes just weren’t in the cards, that requiring having to bring back in some voice actors for new lines, animating new scenes, etc.

This does benefit gameplay, though. The janky charm of ME1 is mostly preserved with new touches, and ME2 and ME3 remain mainly as you remember them, outside odd changes here and there. It’s just a shame the studio didn’t take the opportunity to go further in the spots where it could have really counted. It’s difficult to say if the success of this release will help Bioware out of the hole they dug themselves into, but hopefully it does do some good overall. This collection is faithful to the originals (if maybe a bit too faithful) and easy to play on a variety of platforms, and for the scope of the project, it’s definitely one of the better remasters out there. Nothing is inferior to the originals outside a single sky boss and some missing DLC achievements in a release with nearly 120 achievements as it is. 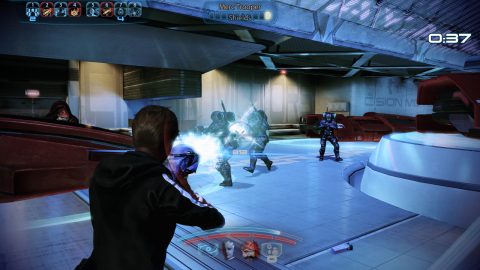 If you haven’t tried the series yet, this is a great way to do it, and arguably the definitive way to play the sequels. If you’re new to Mass Effect, start here, and if you want, maybe revisit the original game’s janky but lovable charms if you’re into that sort of thing. These games are truly something special, innovative releases that changed the landscape of the western RPG, showing a level of presentation and action not thought possible before the first one came out. They’re a piece of history that deserve to be remembered and experienced, and this collection does exactly that.

Also, this is easily the best way to play on PC. Even with the series now on Steam, bypassing Origin issues, the Steam version of Mass Effect remains a weird one to mess with for importing characters to later games, the product of another studio and Bioware not really implementing an import system with their data saving methods in mind. This collection makes the process easy and clean, no need to move around files on your machine proper. The whole run feels more seamless with the unified launcher too, and makes it simple to switch from game to game as you want.