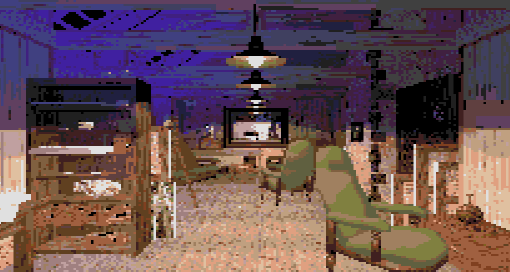 FMV games carry an interesting legacy. Broadly defined, FMV games are simply games which incorporate video files in an interactive format. Their gameplay can be so disparate that they can barely even qualify within the same genre, ranging from basic choose-your-own-adventure to complex point-and-click adventure to survival-horror. They typically aren’t well-regarded, as the most well-known are infamous (like Night Trap). Most are rather remembered for their near-ubiquitous weirdness. 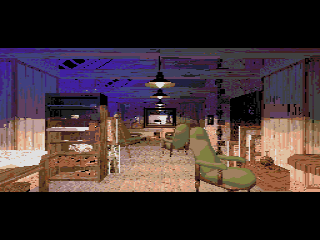 Even in straightforward narratives, FMV games can’t help but be weird as a result of their antiquated graphical presentation. Outliers such as The Dark Eyeand Bad Day on the Midway and the cartoon animation of Dragon’s Lair notwithstanding, Western FMV games typically incorporate live actors with dubious acting skills and bizarrely rendered green screen backgrounds. Japanese FMV games, meanwhile, when not drawing inspiration from anime or art (such as in Time Gal and Cosmology of Kyoto would take advantage of early 3D animation, resulting in a strange, stiff, but strangely charming aesthetic. This is perhaps best represented in the work of Kenji Eno, especially D. No matter the form, though, the compression of the videos that make up FMV games result in low resolution, grain, scan lines and poor audio quality, among other technical problems. 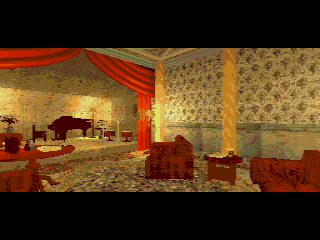 Another series even less known than D is Mansion of Hidden Souls. While ostensibly belonging to the horror genre, these games are in a stylistic league of their own. They incorporate elements of haunted house narratives with dark fantasy mythologizing. They have somber life-and-death themes but maintain an almost SWERY-like comedy. They are simple and quick games, the longest entry no more than four hours long, but they carry lines of continuity and world-building between them that make the series stand out beyond their actual content. They aren’t breathtaking games, as their flaws are too numerous to ignore, but there are no other games like them. 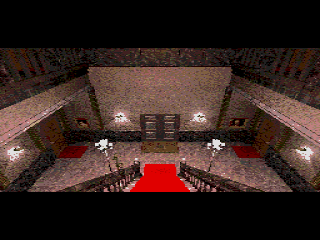 FMV games are flooded with bad examples, which sadly gives the whole format a bad rap. But in dismissing them in general one risks missing out on unique and charming experiences like these. 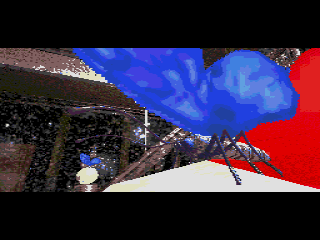 Young siblings Samantha and Jonathan are playing in a field one day when a beautiful butterfly crosses their path. Samatha chases after it. Jonathan warns that a spirit, later identified as the Hunter, roams this area and turns humans into butterflies. He tries to stop Samantha, but he is too late. The butterfly leads Samantha into a nearby mansion and traps her within. Jonathan must enter the mansion and save his sister before she transforms, doomed to reside in the mansion forever.

With this premise hastily established, the game begins.

Graphically, the game is a grainy and choppy affair. It is completely dependent upon computer generated backgrounds. The graphics are much worse than other early FMV games, even D. For one, there is very little motion. It is told entirely from Jonathan’s first-person perspective. It doesn’t use real actors, and in fact only one (static) human form is ever shown through the entire game.  The bulk of the animation in the game comes from butterflies flapping their wings. The color palette is extremely limited and most locations look more like a mess of pixels than anything. That said, there is a sort of low-fi charm to it. It’s ugly for sure, and sparse, but there’s something deliciously creepy about it. 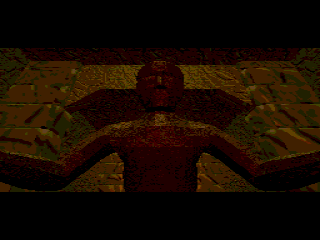 As an FMV game without many aspirations beyond limited interactivity, one need not expect much in terms of gameplay. The puzzles are pretty basic: Look at X, pick up Y, use on Z, etc. There is a time limit, but the game lasts little more than an hour or so even without a guide, so it isn’t much of a bother. There are a few unfair instant death scenarios, so consulting a guide might be advised to save yourself from repeating some of the game’s more tedious sections. Mostly the player guides Jonathan through the various rooms of the mansion and talks to its many inhabitants: the ghosts of others who, like Samantha, were drawn into the mansion and turned into butterflies by the Hunter. Among them are a spoiled child, a southern belle, an ex-butterfly collector, a Slavic bartendress, and a painter. 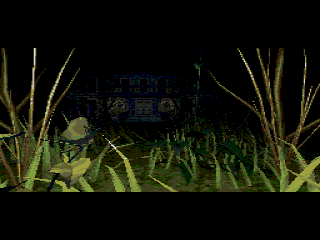 The English voice acting is pretty atrocious, with only the southern belle’s voice reaching a listenable level. But, again, that’s another part of the charm. Treat Mansion of Hidden Souls like a wornout VHS copy of a B-grade horror movie in video game form and one can see its appeal. For the niche that such a pitch appeals to, anyway. Really, its antiquity as a video game is a large part of why it’s worth checking out today. You don’t see games like this anymore, not even in the “nostalgia market” or in indie games. It isn’t even a classic within the relatively limited reach of computer-generated interactive movie/adventure game aficionados. The game is at its most fascinating when treated as a historical relic.

The soundtrack’s composer is Yuji Nomi, former apprentice to Ryuichi Sakamoto. He is better known for his work in the Studio Ghibli films Whisper of the Heart and The Cat Returns. His music here isn’t bad, showing promise for his more laudable work later in his career, but the tracks are ultimately too repetitive and one-note. Much like the game as a whole. 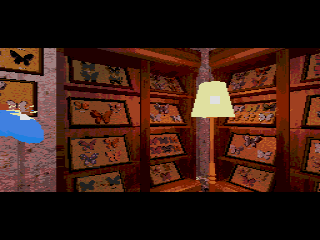 There isn’t much to say about Mansion of Hidden Souls at the end of the day. It’s a pretty innocuous affair. Ends quickly, the journey not unenjoyable but forgettable all the same. It has some unique ideas for sure, but it wouldn’t have merited much scrutiny if not for its sequels. System Sacom’s weird fascination with souls and butterflies could be the premise to a fascinating story, but here it’s just a curiosity that never quite reaches where it wants.