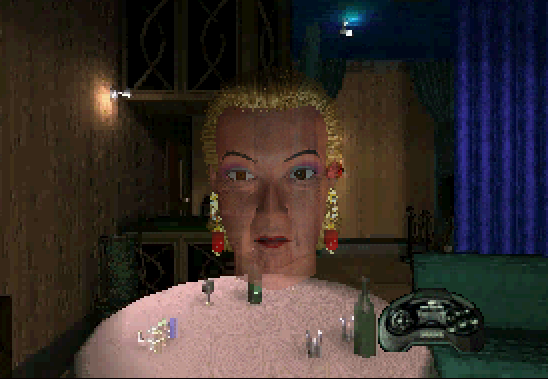 Released on the more powerful Sega Saturn, The Mansion of Hidden Souls doesn’t manage to capture the awkward charm of its predecessor. As can be expected, the game returns you to the mansion of the original. It has the player in the role of June, one of the many butterflies who resides in the mansion. Unexpectedly the moon has become blood red and, as a result, the power that the mansion derives from the moon begins to weaken. The Elder, a butterfly in a position of some authority in the mansion, has tasked you with investigating why. 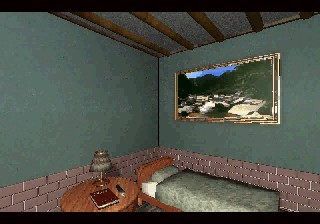 In addition to a somewhat rearranged structure, the mansion has a host of new characters in the sequel. (There are some connections with the original game’s cast, but any mention of them would reveal end-game spoilers.) Your companion is Mike, a skittish young man who acts as apprentice/assistant to the Elder. The two of you treat the other residents equally as suspects, with the exception of a little girl named Cathy. There is Jossie, a fortune teller who dwells in the game room from the first game. Nezumi, a caricature of an Asian man reminiscent of Mickey Rooney in Breakfast at Tiffany’s, who treats everything like a business transaction. There’s Sean, a paranoid young man with a Venus’ Flytrap that can eat you if you’re not careful. Raymond is a coy and somewhat pretentious man with an English accent. Danny is a rugged cowboy type who is the original person of interest due to his coarse behavior and aloofness. 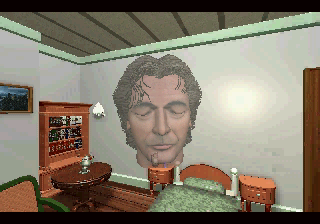 Unlike the original, the Saturn game uses 3D model faces to give some life to their characters. The result is mood breaking at best and hideous at worst. Cathy, for instance, looks like a possessed doll. The original Sega CD was charming for its offbeat pace, bad voice acting and poorly rendered graphics, but they don’t come together quite the same in the Saturn game. It’s merely laughable instead of laughably weird. It’s a delicate balance to be fair, and probably a balance not even considered in development, but the 3D models do unfortunately take away from the uncanny atmosphere. 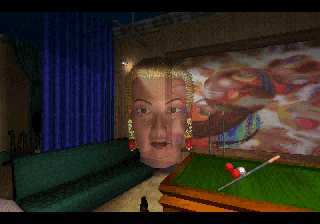 The controls are the same as before. Move in first person, click on things and use items to advance the story. Say “Yes” or “No”. There’s a great deal of back and forth. One significant difference is a lack of danger, or even a sense of danger. In the Sega CD game, you played an outsider. Here in the Saturn game, you are in your place of residence. It isn’t quite so unnerving when all you are doing is going from room to room talking with your neighbors. The stakes do get increasingly higher, but there isn’t much mystery stemming from the rooms of the mansion themselves. It is another way that the mood of the sequel fails to capture or elaborate upon what made its predecessor interesting. 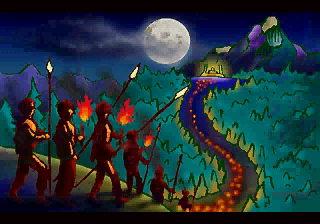 The Saturn Mansion of Hidden Souls isn’t all bad, but the things that are worth checking out about it were already done in the Sega CD. It was nice to see a continuation of the story begun in the original, and what they did with the continuity is actually pretty interesting, but there is just too little built upon what the first set up. The gameplay has, if it’s possible, become even more simplified. The story isn’t bad, but not completely confident in its necessity either. It is of about comparable length, perhaps even a bit shorter. It feels like an awkward expansion pack rather than a proper sequel. Still, the two of these games have scrap enough together to merit some attention. While short and flawed, together they have built up enough of a series mythology to be at least a little memorable. 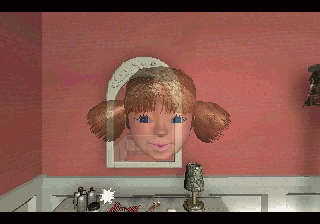 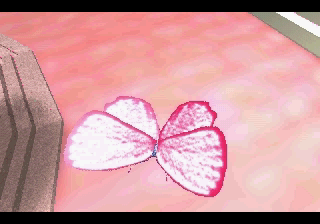 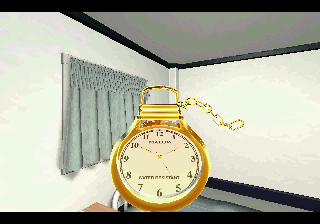 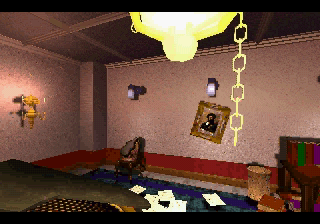 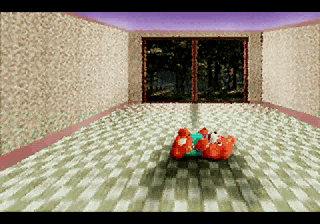 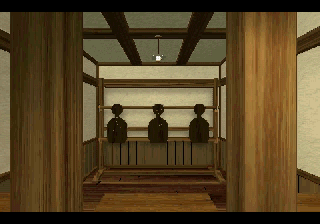 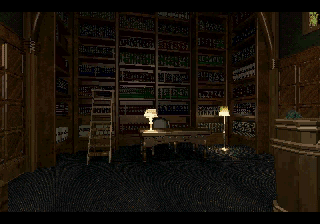