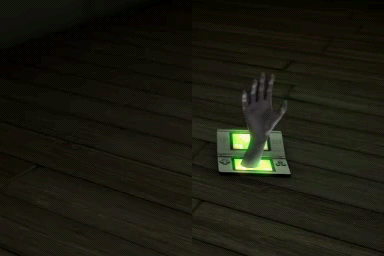 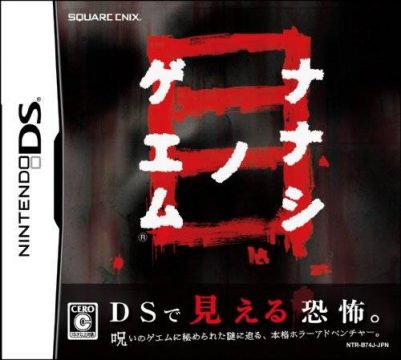 At first glance Nanashi no Game Me first appears to be a straight rehash of the first game. But the second game in the Nanashi series takes many of the things that made the first game special and improved on them. It also managed to patch up some of the problems with its predecessor.

The controls in the real world are much better. There is still no love for south paws, but you no longer get held up on every corner, and you are able to move slightly faster. There is also more interaction – you are able to open cabinets, close pianos, and more. It still has little to no affect on the game, but doing something other than clumsily opening doors is refreshing. The second screen is no longer just on the peripheral. Just as the TS unit registered the presence of a spirit, the left screen now severely malfunctions when a spirit is nearby. It also provides a form of special vison: some details, such as the locations of mini-games and entrances into the RPG, are only visible when viewed through the left screen. They also took the simple level design of the first game and cranked it up a few notches. The levels are larger and more complex – some are downright labyrinthine – and not just in the real world. The exploration in the RPG is much more in depth. 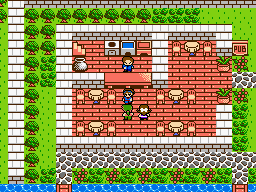 Everything about the cursed RPG has been pushed further. The three main game characters are mirrored in the game as an adventuring party, similar to the early Ultima games where your entire party was visible as you traveled. Instead of the static scenes of the first game, there are tiny animated vignettes. The primitive graphics manage to depict graphic scenes of violence, which is both frightening in its content and impressive in its presentation. Little pixels of blood are surprisingly effective. The 8-bit gameplay has also been expanded – there are now stealth missions and other puzzles, which manage to be fun and challenging.

Some variety is present in the addition of a second cursed game – a platformer. The controls are smooth, and these little mini-games are enjoyable. However, it doesn’t manage to invoke the same emotional connection as the cursed RPG. This is possibly because, while the RPG is so similar to Final Fantasy and other familiar games, the platformer feels fairly original. The warm memories just aren’t there. 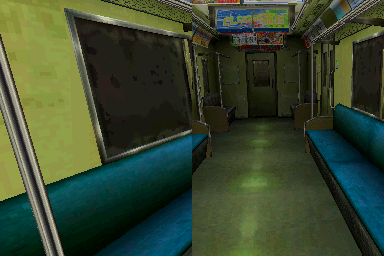 The platformer sections are fairly short, involving a quick run-and-dodge style. It’s easy to perish, but like every other part of the game, you’re allowed to play it again and again until it is beaten. The platformer levels can actually be avoided, but are fun to seek out. 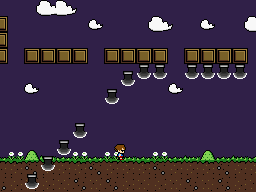 But it begs the question: why would anyone already cursed to die by one video game choose to play another as they fight to survive? The second game takes its horror a little more seriously – the later levels no longer feel like Silent Hill-lite, but manage to use the game’s unique elements to create some downright creepy scenes. Areas of gameplay that were safe for you in the first game really take a turn for the frightening in the second game. They managed to increase playability in some important ways. Days 3, 4, and 5 each have two paths, leading into entirely different locations. And in order to see an extended ending – complete with added gameplay – you have to play through the game twice.

All in all, the second game took the formula of the first and made it shine. And the story of the cursed game doesn’t finish there.

Less than a month after the release of Nanashi no Game Me, Square Enix released two cursed games through the Japanese DSiware store. These share the simple but challenging gameplay of those found inside the main games, the RPG world acting as an overworld between the platformer levels. They cost 500 Nintendo points each and are not available in any other region. This is unfortunate, as it looks like they contain little to no text necessary for playing. Literally translated, the names are “Extreme Misfortune Side Square Action Vol. 1 Cursed Game: Blood” and “Vol. 2 Cursed Game: Prison”. 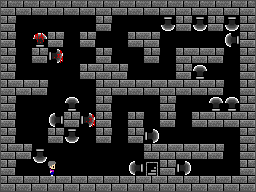 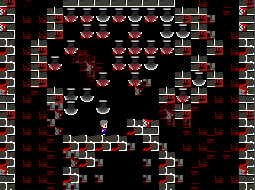