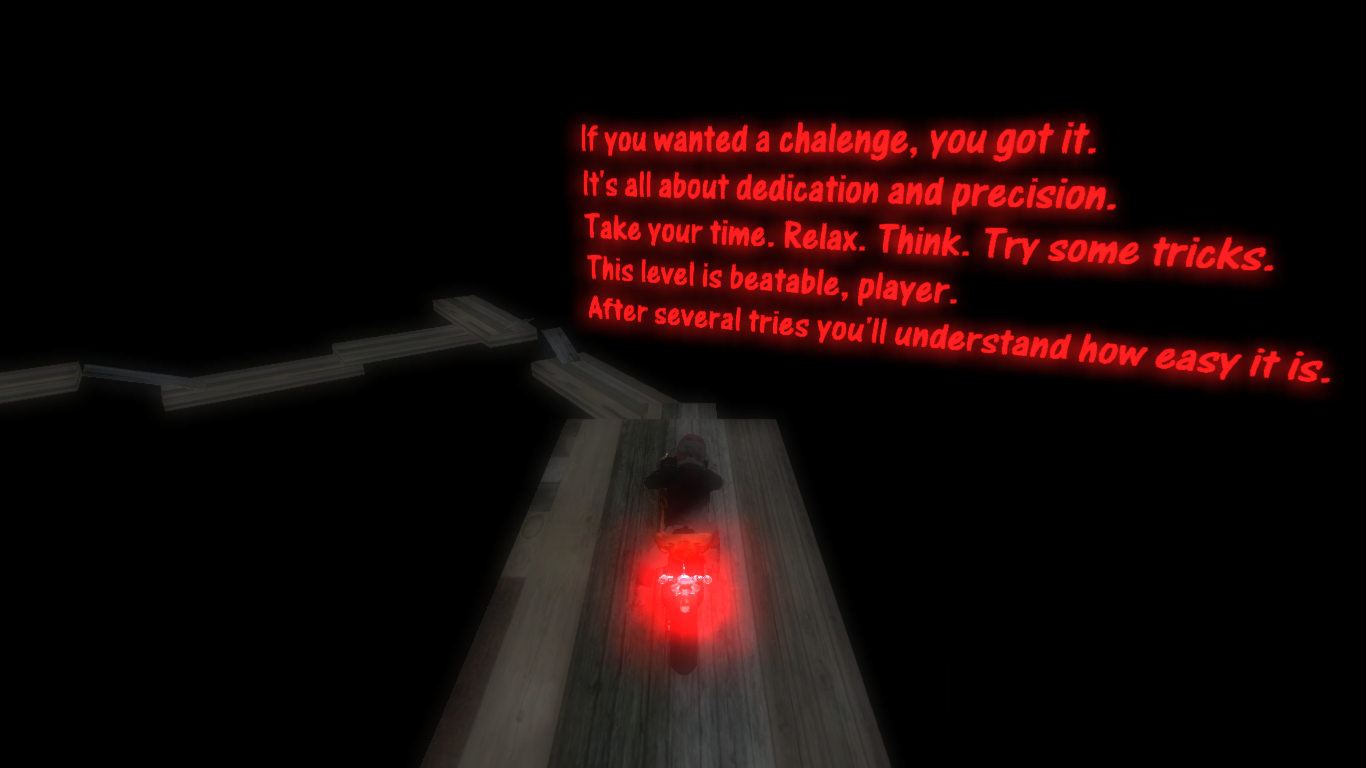 Disclaimer: This article covers a game that was developed by a Hardcore Gaming 101 contributor. The writer became aware of this later after taking an interest in their work, but this hasn’t affected their opinion of the game.

Have you ever played games like Deadly Premonition before? You know, those sorts of games that, despite how broken they are, you can’t help but love them for that special touch of the person in charge? That’s about where The Last Dogma lies. Created by a Russian electronic musician born in a radioactive city who goes by the moniker of “Sasha Darko,” The Last Dogma is a complete technical disaster in every single way imaginable. It chugs when you walk into grass, the character models are all ugly and barely without animation, the game’s original title is still included in tutorial dialog, and many of the controls don’t function as they’re supposed to. Despite that, there’s something interesting about this mess, the type of weirdness and commentary that you can only find in the most indie of indie games. 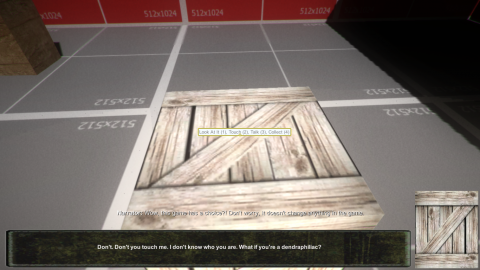 You play as Sebastian Arise, a ATF agent who lives in an alternate Earth timeline where the USA went full global conquest after the Cold War. The game takes place in 1999 and has Sebastian looking into an Eastern European cult that’s becomes obsessed with cannibalism and general depravity (which yes, does apparently include the eating of their own waste, which was also a running theme in the developer’s previous game Sacred Line), but he ends up becoming involved in a fight between two moronic gods with the fate of the world at stake. Also, there’s a parody section of The Stanley Parable in there that you can now just launch from the opening menu if you don’t feel like finding it as a secret within the game, explained in the menu with clear contempt for the player themselves.

The original blurb for the game compared it to the movie Southland Tales, which makes sense. Both are absolute messes that try to satirize the United States, and both are generally disliked by most audiences. Also, there’s a hint of something more under all the author indulgences, and it’s that something that gives both works a kind of lasting charm with the right people who click with it. It’s a huge your mileage may vary sort of deal, but trying to approach The Last Dogma as a normal game is ultimately a losing prospect. Like the beloved games of bizarre gaming auteurs, you kind of have to meet it by its own standards and not your own, and even then you may not like it. But if you do end up liking it, you may end up liking it a lot. 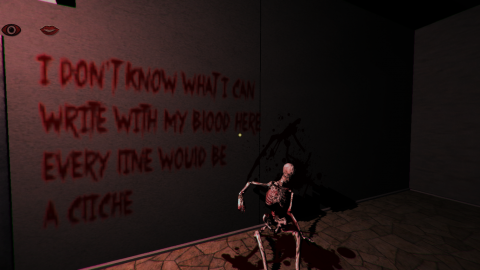 The text here is all nihilistic, looking at the state of the world, culturally, politically, and environmentally, and finding nothing good in it. So, comedy is used to find some sort of entertainment from the sheer horror of it all, to different levels of success. The English translation was not exactly professional, leaving a few gags to get lost in translation or lose their timing, but the broad strokes are darkly amusing in a cosmic sort of way, especially where the warring gods story line ends up going. The narrator they got for The Stanley Parable section also does a pretty fantastic job with the lines he has, with the entire section being much more openly aggressive and cynical than the more absurdist bent the source material had. It’s the main ideas and the fairly extreme style of dark humor that gives the game some serious charm, not to mention what they manage to do with a few sections despite clearly having very limited resources.

Despite so much of this game clearly using stock or bought assists, a few of the environments are really artistically impressive, like the hellish red sandstorm or the purple heavy invaded plains. Part of this is due to making good use of some effects, like bloom and screen warping, but the score adds a lot as well. Sasha Darko may be limited as a designer, but his talents as a musician really pay off here, creating such a strong and memorable string of electronic pieces, ranging greatly in their instrumentation and style. To put it in perspective, there’s a piece in here that’s mainly just atmospheric light drum set play, and another that incorporates a low but loud choir style backing. Even if the team was limited in their technical know how, what they managed to add with their own talents still impresses. 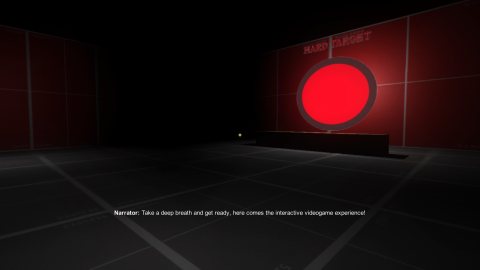 The whole thing is amateur, but also very confident in itself where it really counts. Despite every mechanic besides walking being poorly fleshed out or just a downright hassle to understand, how everything is framed makes them (mostly) palatable, and there’s some ambitious ideas at play that are hard not to respect. The game is very aware of its own shortcomings, but then tries to use them to engage in a different way, prodding at the player and even the idea that they’re important to this game at all. Unlike Spec Ops: The Line, which challenges the player to get them to think, The Last Dogma almost feels like it doesn’t care if you actually play it and figures it might as well mess with you from time to time while you’re here.

This is the sort of game that feels like it gets made because the people involved just wanted to do it, not because they thought about how to entertain an audience or sell a ton of copies. Everything is indulgence, done because why not? That’s almost commendable. Sometimes art just gets made because the artist wanted to make it, what the audience thinks or their own limitations be damned, and that’s something that rarely happens in games outside of sad, personal expression projects. The Last Dogma is filled with venom and spite, but in an endearing way. No matter how you come away from it, it’s the sort of experience you’re not likely to forget anytime soon.