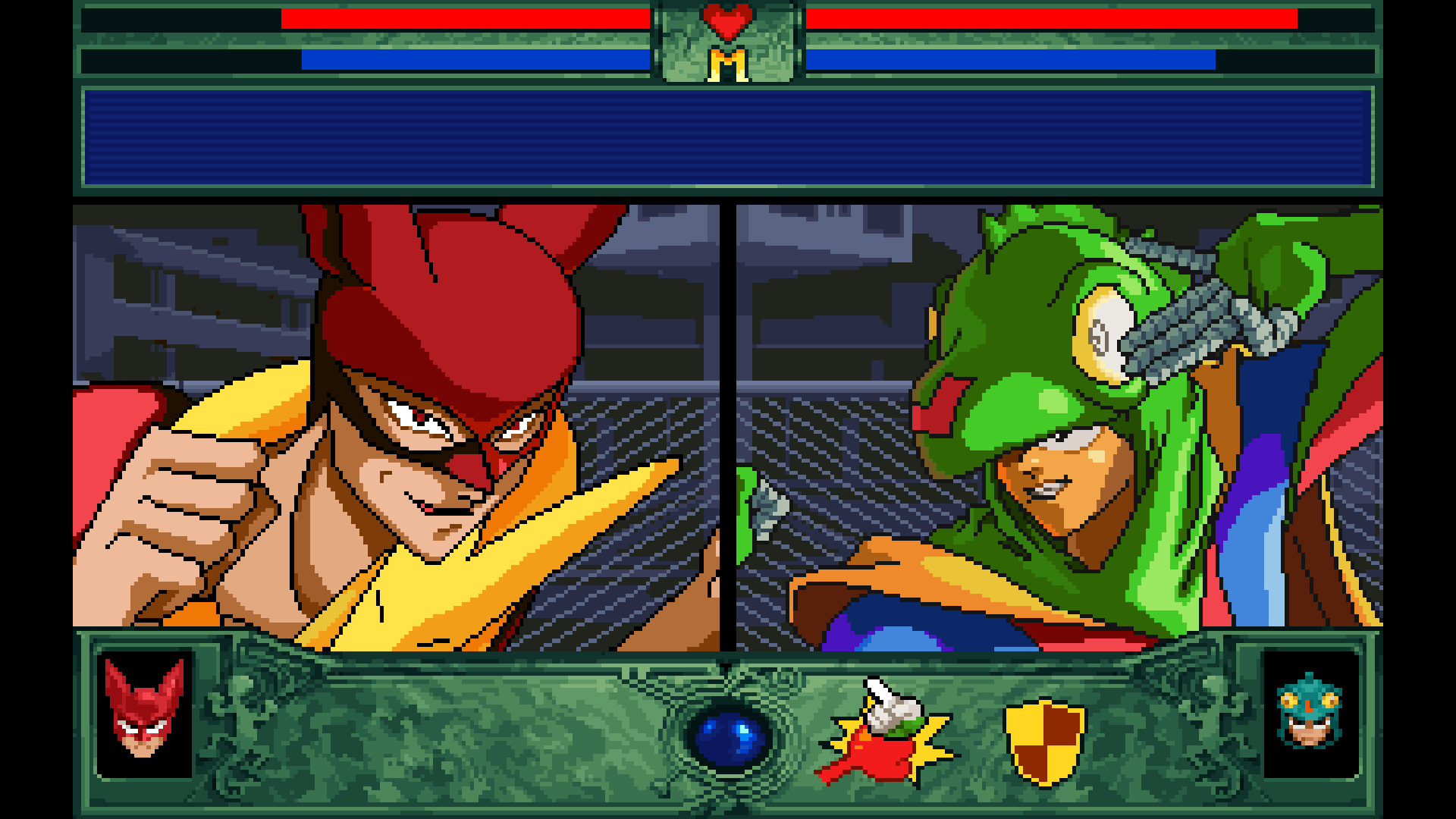 L-Man, also known as 蜥蜴超人, (“Lizard Superman”), is a Taiwanese fighting game, set in a modern-day equivalent rife with animal-based superpowers. When harnessed, these powers allow people to transform into…basically the same person wearing a silly costume, as is the case with our hero, a high school kid who can henshin up a big green lizard suit. L-Man is anime through and through, and a fun slapstick adventure if you can get past the raunchy stuff. Though it makes a few nods to Batman, it’s closer to a slightly-bawdier Ranma 1/2.

The game is a one-on-one cinematic fighter with light RPG elements, and plays like games such as Yu Yu Hakusho: Tokubetsu-Hen, Battle Heat!, and parts of Kishin Douji Zenki: Denei Live: pick an animated preset move to perform on your turn, and try to deplete your enemy’s health meter before they deplete yours. Each move costs health, energy from a secondary “MP”-style meter, or both, so it’s easy to run out of options after a while, and though the secondary meter slowly replenishes itself, it can take a while to afford anything useful. An orb in the center of the HUD acts as a countdown clock, giving you limited time to make your decisions, while also serving as a pause button that opens a detailed move list. Random bowls of ramen and/or an entire bake sale will sometimes appear during battle, and you can partake for a bit of health if you click your character’s icon, but your opponent may get there first. Less common are the inflicted status ailments of dizziness, sleep, and being covered in goo, all of which will lock out your input for a while. If you lose all your health, your next ally (if applicable) will automatically step in, and while that’s more of a safety net early on, it becomes completely necessary when the RNG screws you over during your third battle in a row. 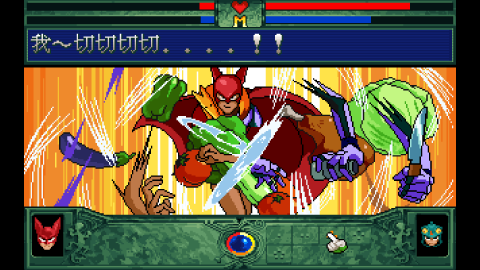 The titular L-Man begins his adventure with four options: a statue cutout that may or may not nullify damage, a flying kick, a tongue whip, and a flaming punch (when his burning spirit lights his fist on fire, he’s more concerned than anything else). He’ll level up simply by progressing through the game, gradually acquiring both offensive and defensive maneuvers such as a saliva attack, a chill-out healing move, and a projectile that breaks the fourth wall both figuratively and literally. L-Man’s allies grow the same way (the game doesn’t always tell you when they’re playable, outside of a character-swap icon in the defense menu), and by the end, you’ll have a bounty of moves for multiple fighters such as a wealthy chameleon, a sadistic frog, and “Bat Woman”. These animations are the game’s real draw, and fans of the pixel art cutscenes from Lunar or Popful Mail will find themselves in heaven. Though L-Man‘s actual cutscenes are less impressive than its battles, the characters are lively and expressive, and every one of them screams “wacky”.

The downside (apart from the RNG problems) is that the humor can be a hard sell. A fair amount of content consists of the thirsty, dated antics that were so prevalent in anime of the 90s, and the very first scene sees our hero in a panty-thieving rivalry. Then there’s hit-or-miss toilet humor, like the monkey-man who weaponizes his urine (accurate for a monkey, anyway). Still, there are plenty of enduring gags: a hammy fox-based villain can get smacked in the face if he tries to take a hostage; a dog-man fires his paws like missiles only to run and fetch them afterward; an intimidating vampire drops the act to stick his tongue out at you. As with anything, these bits lose impact if you see them over and over, and you may end up seeing several instances of a move in the same battle, although you may not see everything on your first playthrough, either. 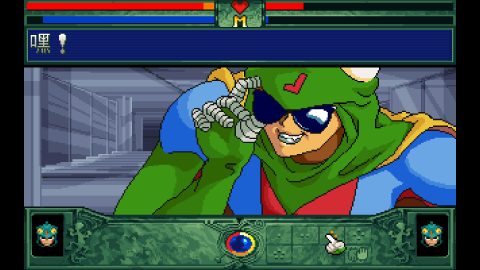 L-Man/”Lizard Superman” is based on a Taiwanese comic of the same name, the original author of which sadly seems to have passed away. The game doesn’t fail to explain its story for newcomers, though some characters and their traits are treated as already established. According to an extensive fanpage, the game was released in two versions: a standard floppy disk and an enhanced CD-ROM. This reviewer was not able to play the latter, but the difference appears to be that the CD edition adds voice acting throughout the entire game, whereas the floppy disk version features voices in battle only. The soundtrack is catchy and reinforces the lighthearted fighting atmosphere, with a couple of tonal surprises thrown in. One can’t help but wonder what some of the more exciting tracks, like the villainous fox-man’s techno-styled theme, might sound like on modern hardware (hint, hint, all you game remixers looking for something obscure).

While L-Man doesn’t overstay its welcome – you can finish it in an afternoon – the gameplay starts to feel a little repetitive after the first few battles, and multiple enemies in the latter half are rehashed with longer health bars. The plot, which at the time of this writing is inaccessible for English-only players outside of a fansubbed YouTube playthrough, probably won’t be what propels you to the end, but for those more interested in the animation, there is a versus mode in which all characters can eventually be unlocked. Nearly all of the in-game options are icon- or number-based, so the start menu is the only real obstacle for those who don’t know Chinese – and if you don’t, L-Man is a worthwhile endeavor for the aesthetics alone.

Unlocking all characters in versus mode