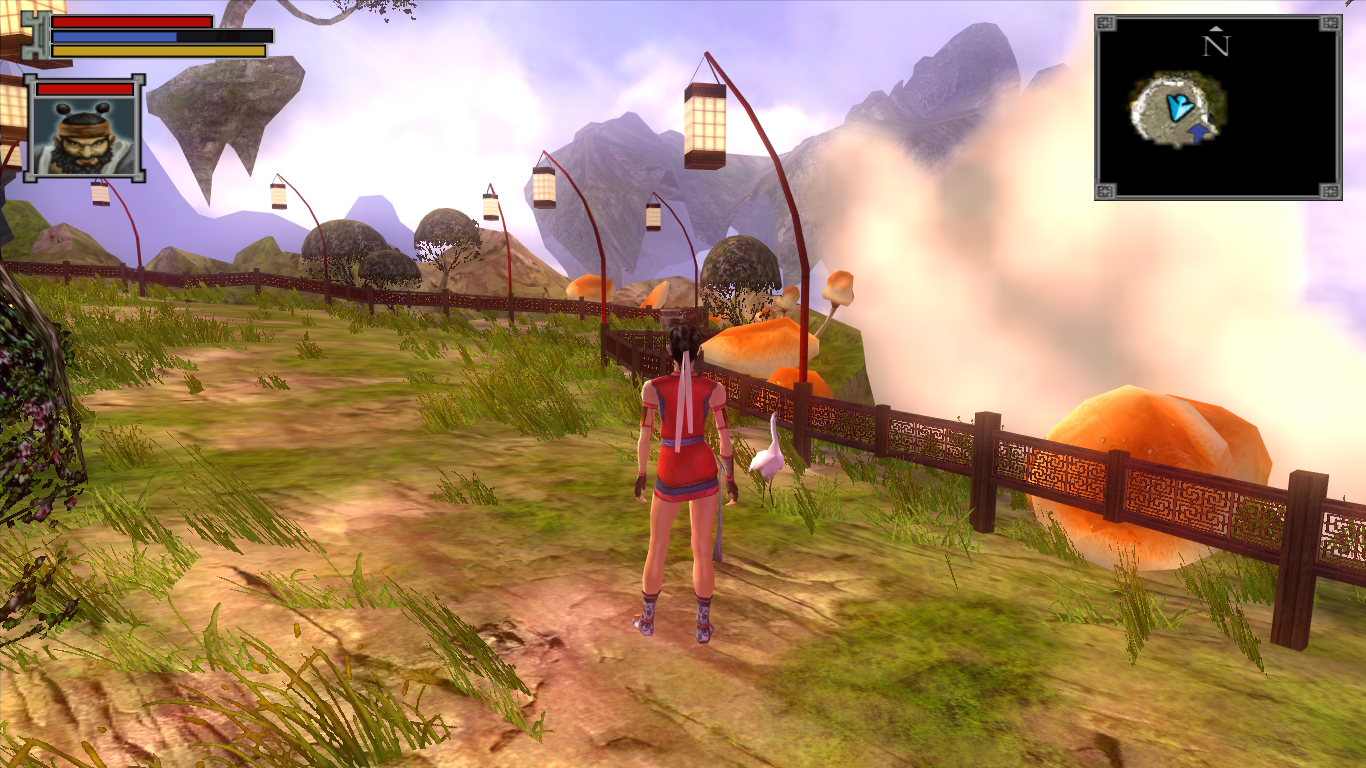 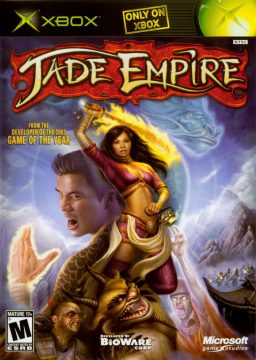 After getting their foot in the door in the RPG world with their Baldur’s Gate games, BioWare brought out two huge hits with both KOTOR and Mass Effect, two titles that changed the world of console RPGs forever. What people tend to forget is that they made one other game between these, a particularly weird action-RPG that shows the growing pains BioWare were dealing with as they moved away from the old strategy focused battle systems they were used to. Even weirder was that this game, Jade Empire, was a passion project by studio founders Ray Muzyka and Greg Zeschuk. They wanted to make a game where you became the greatest martial artist in the world, and it became their first original IP. 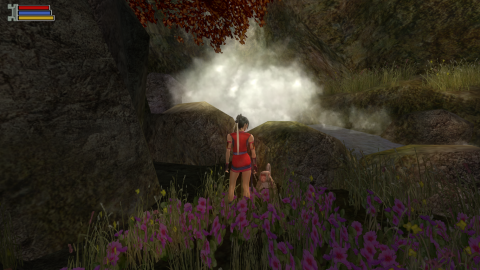 Sounds promising, right? Thing is that Jade Empire was made when BioWare was still feeling out who they were as a studio. As a result, the game is filled with odd ideas, unnecessary additions, messy story structure, and core gameplay that was less satisfying action and more random button mashing and awkward, floaty animations. It is a hot mess of a game, only really passing back in the mid 2000s just due to how messy most action games were at the time.

It’s also ambitious as all get out and has some of the most interesting narrative ideas BioWare has ever put in a game, matched only maybe by the late game of Baldur’s Gate 2 and Dragon Age Origins‘ extremely developed world building. It’s a game worthy of respect and definitely played a large part in where the studio ended up going, but it’s also difficult to play to completion if you are at all familiar with their games. Some of BioWare’s worst design decisions are here as well and are possibly the messiest they have ever been. 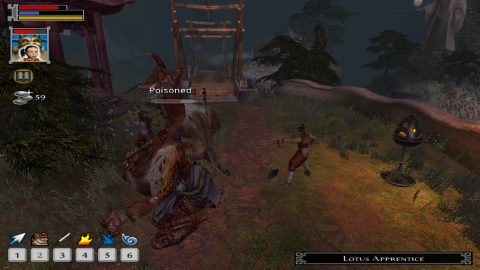 The game has you playing as a martial artist studying under Master Li of Two Rivers village. Things have been going well, but the village gets attacked by pirates and assassins from the Empire’s Capital City, you discover spirits are going wild across the land, and things only escalate from there. You end up homeless and on a quest to figure out your destiny after Li reveals that you are the last of the spirit monks, a society responsible for keeping the spirits of the world in line and protectors of a powerful god that keeps the world’s harmony. That, of course, requires you go to the Capital City and confront the corrupt Emperor. You end up getting followers as well, including…

Sagacious Zu – A mysterious warrior you find fighting a shared enemy who joins your side, and ends up being far more important to the story then you’d first expect. Warrior monk with a pragmatic way of approaching things.

The Black Whirlwind – Badass warrior for hire and machine of destruction due to his lack of understanding of morality and penchant for violent solutions and drinking. A fun take on the HK-47 archetype, more a stupid hedonist then a cruel killer who just happens to like fighting tough dudes.

Wild Flower – A strange little girl you meet in a destroyed village possessed by two spirits, one your ally. She goes along with him pretty easily and is generally good natured, if somehow off. The other spirit is one you need to watch, and you can actually decide which spirit ends up winning her over.

Henpecked Hou – Joke character who gives you alcohol when on the field with you, giving you access to the drunken kung-fu style. Oddly funny despite his one joke being “take my wife, please!”

Kang the Mad – An eccentric mechanic and scientist working for a crime lord who defects when they insult his machines. Doesn’t join you in battle (a shame with his explosive tools) but manages your personal flyer. Wacky mad genius, always good for a laugh.

Zin Bu – A demi-god bureaucrat who’s job is on the line because of all the death and destruction you bring wherever you go. He sells you things in order to make up for this. That is all.

Silk Fox – Your last regular party member, a ninja warrior with an aggressive attitude who turns out to have some unexpected influence in politics. She’s a love interest for male and female spirit monks alike and gets impatient with goodie two-shoe types. 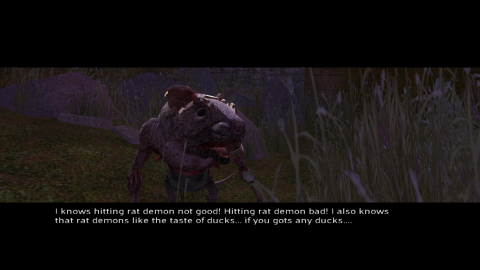 You may have noticed that for the battle companions, there is no description of their role in the party during combat. This is because Jade Empire makes every party member who fights with you basically the same in function, making their inclusion solely cosmetic and to decide what flavor of peanut gallery you want in conversations. Pick anyone, doesn’t matter. You’re spirit monk is the only one who levels up, allowing them to put points in body (HP), spirit (chi), and mind (focus bar). They also affect various conversation skills, each decided by a main stat and a sub stat. Equipment mainly goes to tweaking these (sold as “training” with stat affecting orbs), with the odd weapon here and there when you have the right style.

The core idea of the battle system here is that you can learn a variety of styles, from new martial arts with their own unique moves, to turning into demons and shooting fire from your fists. Martial styles are free to use once you have them, while support styles are used to, well, support your main offense, like giving you strikes that slow enemies. Magical and transformation styles drain chi (your magic meter), while using weapon styles drain the focus bar. That’s a significant trade-off, because it’s more accurate to call the focus bar the slo-mo bar, letting you get in free hits on slowed down enemies with far more force. Still, weapons give you more damage output and range, making them equally as useful, especially in crowds. 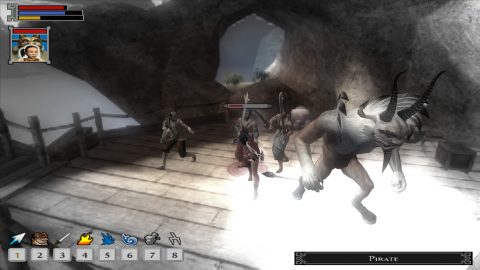 This all sounds neat at first, and then you actually play the game and come to the unfortunate discovery that it is a soupy stream of nonsense you’re trying to swim against to play the game. Animations last too long, there’s a severe lack of feedback, and you can easily find yourself being pounded down by a pack of fast mooks within seconds of the first major story fight in the game. To say this game has a learning curve is like saying water is wet.

There is no strategy or fitness to Jade Empire‘s combat, just chaos and a fairly simple rock-paper-scissors system for your action decisions of attack, blocking, and dodging. Power attack beats block, block beats attack, attack punishes dodges, dodge avoids power attack. Solid idea held back by just how messy the fights get, your ultimate victory more depending on pumping into stats and improving style damage output so you can kill enemies faster before they mob you. 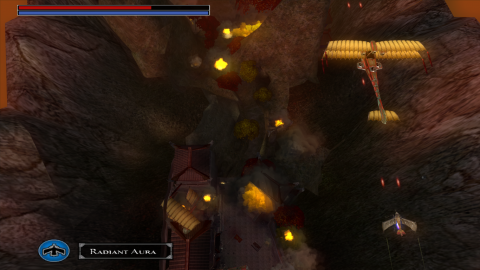 It’s hard to say this isn’t fun in a brain dead way, though. You get some goofy ass powers, including an early game power to turn into a giant toad, that makes all this mess more manageable. There are fun and short shump segments where you pilot a flyer and take down enemies, collect power ups, all the good stuff. Quest design is also solid and leads to some fun encounters, and the main story is well paced and filled with amusing characters.

It’s a shame they recycled the binary morality system from KOTOR, because it’s even more limited here, despite the game building it up as something much more complex then it is. The game tries to build up open palm and closed fist, your good and bad moralities, as philosophies that each have good and bad variants. If you lean towards open palm, you’re collected and have a nice aura. Closed fist spirit monks get evil shadows. So yeah, same old restrictive BioWare binary morality system. Dialog options are also a bit lacking, most every meaningful choice you have either being naked greed and cruelty or goodie goodie golly gee sainthood. The rare in-between is getting to be snarky, and it is very rare. 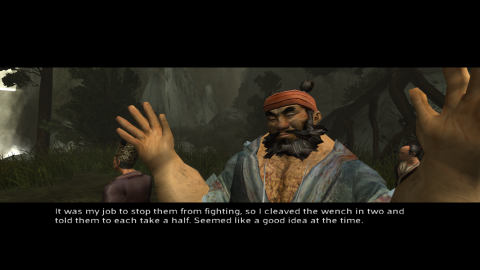 Despite how bad the role playing can be at times, the most absolute “pet the puppy” or “strangle the puppy” the studio has ever been, Jade Empire‘s narrative is surprisingly clever once it reveals all its cards. The end of chapter three throws out a late game twist that is genuinely surprising and was built up slowly and subtlety, throwing the generic story on its head. What was built up as a generic hero’s tale is completely spun around, sort of like KOTOR but with way better execution and concept alike. This makes the story structure odd, with three full chapters and the last few just a mad dash to the finish line, but it works.

Your cast of followers even have more layers to them then you’d expect, with exception to the love interests, and the off the rails train ride towards the end after the twist throws some really unexpected party members your way. It’s a genuine treat after the fun but shallow bits before. Some side quests also have their moments, a big stand out being the open palm path for helping the ghost kids in the flooded village. These are few and far between, and a lot of the dialog leans a bit too far in comedic territory, but the extra flavor and beats are an overall positive. 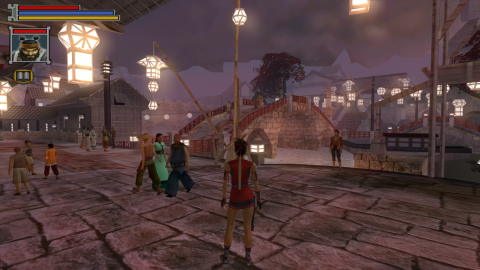 Jade Empire was probably too ambitious for its own good and needed more time in the oven, but it’s an interesting and unique game worth a play. There’s not quite anything like it in BioWare’s catalog, for better and worse. Heads up for the modern special edition version on PC, it has a seriously bad framerate bug that requires some digging around for a fix that required the use of the wayback machine in my case. You may be better off with the Xbox original, even if it lacks a few extra doo-dads, you’re not missing that much. When the port does work, though, it’s pretty great, outside stretched out FMVs (of which the game relies on a lot) and the shoot-em-up segments having unfinished backgrounds in widescreen. Not the best remaster, but when it looks good, it looks good.