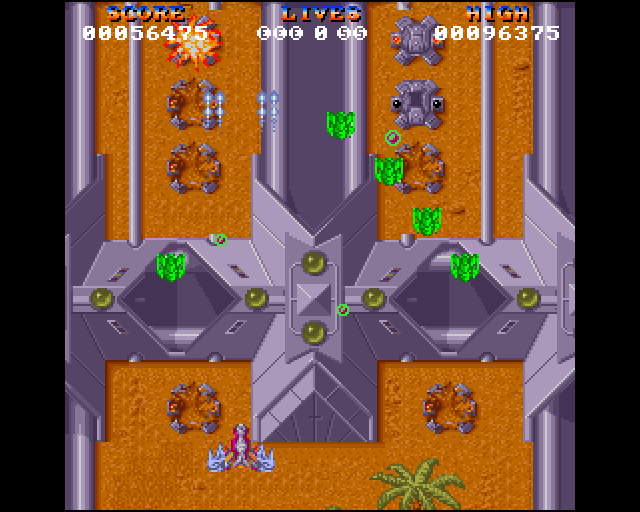 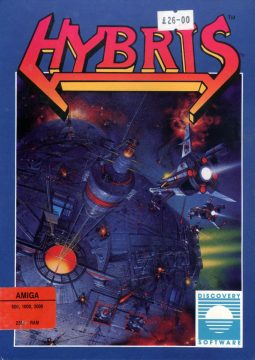 Way back in 1988 the Amiga was only beginning to carve out its niche in Europe as the home gaming computer. Sure, it had the power, but nobody really had any idea how to utilize it to the fullest. For example, the shoot’em-up genre was rather underutilized – sure, there was Xenon 1, which was okay, and Zynaps, which was also rather okay, but the remaining dozen games were… just not very good. That, however, was soon to change as Cope-Com, a completely new studio founded by two young people from Denmark, released their very first game, Hybris.

On the surface Hybris seems like yet another cheap shooter directly ported from an 8-bit system – its visuals look like something that came from the NES, and its music, courtesy of Paul van der Valk, doesn’t just give off SID vibes, it sounds exactly like SID. Since both are way beneath the Amiga’s actual capabilities (see: Shadow of the Beast), the first impression is just not very good. However, given half the chance, Hybris can show its true colors with its slick design and engaging gameplay, which are far ahead of anything else released up to that point. 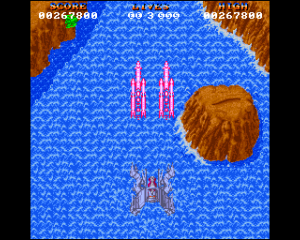 The game is a typical vertical shootem-up. Enemies come at the player in distinct, varied waves, destruction of a whole wave netting decent bonus points. There are various types of ground turrets, tanks, and boats as well, and the levels are peppered with ground fortifications that block your bullets and are indestructible. Every once in a while, a dangerous boss enemy approaches that has to be driven away until the final confrontation at the level’s end. All relatively simple fare, the aforementioned fortifications and tanks firing bullets with limited homing capability being probably the biggest twist on the usual mechanics.

In contrast, the player’s fighter itself is a different kind of a beast. The ship is actually made up of two parts, the core and the wings. The core is the vulnerable part – any bullet hitting it means losing a life and a bit of progress. The wings on the other hand provide most of the firepower and are upgradeable with powerups dropped from numbered cubes, growing both in size and power. If a wing is hit, it will block the bullet, but will go down a level, eventually disappearing completely. Additionally, the most important part of the core-wing setup is the “wing expand system”: pressing Enter or waggling the joystick in a circle will make the wings detach and split into several invulnerable parts floating some distance from the core. This boosts the firepower even more, and allows the ship to shoot in more directions and through fortifications. There are, of course, downsides: detached wings offer much less protection, leaving the ship’s core vulnerable to any bullet that slips through the gaps, and the expansion can only be done three times per power level, preventing the player from just blowing through the stage, guns blazing. Additionally, the ship has three smartbombs, activated by hitting spacebar or waggling the joystick in a circle with fire pressed. Smartbombs clear the screen of bullets and lesser enemies, and can be recharged by a very rare powerup. The resulting system is rather complex – more powerups mean greater protection and firepower, but also make the ship as a whole easier to hit and thus liable lose that power, requiring skill to keep it for any decent amount of time. The player can also go all in, losing most protection for even more power for a limited amount of time as well as being able to shoot through defenses that could be deceptively dangerous at points. 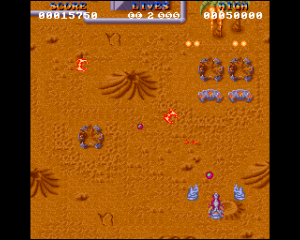 Hybris only offers three stages, but all three are rather long, around ten minutes each. While the creators tried to vary the opponents and challenges, the visual do get very monotonous after a while, especially the yellow-orange sand that makes up almost the entirety of the first stage. The final stage does get a bit more varied, but that’s 20 whole minutes into the game, a bit, well, late. While there are no difficulty levels per se, there’s an options menu available at the title screen that allows the player to freely adjust several key options, including bullet speed and density.

Despite the relatively underhwelming presentation, Hybris is actually a very good game. The controls work well, the challenges are varied, and while the pacing is rather slow, it does mesh well with the game’s tactical nature. It recieved a lot of praise and is still rather fondly remembered by those who played it.