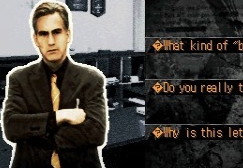 Cing had hit hard times in 2009. While their previous title, Hotel Dusk: Room 215, had seen critical acclaim and reached fans of games like Phoenix Wright: Ace Attorney, their sales did not really reflect a serious success. Trace Memory and the Japan/Europe-only Another Code: R neither sold well nor received very high reviews, and their upcoming Last Window: The Secret of Cape West had also been declined for a US release by publisher Nintendo. Their last bastion of hope, before reaching bankruptcy, was to get their last title out in the states, a mystery game entitled Again. Since Nintendo opted not to publish it for them, publishing duties instead fell to Tecmo. 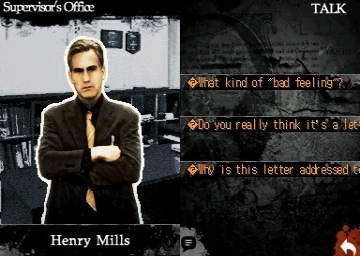 Again, which originally had a subtitle, The Eye of Providence (and whose Japanese subtitle translates to “FBI Special Psychological Investigation Unit”), was the fourth of Cing’s adventure games, and the second-to-last before Last Window. Where Trace Memory was slightly more akin to Myst in presentation, and Hotel Dusk was styled more as a classic noir film in places, Again takes on a unique feel. Partially, this is due to the visual style, where the photographed characters are presented as torn-out pieces of magazine pages. For some reason, this almost hearkens back to the FMV days, complete with slightly exaggerated motions on part of the “actors,” but the game has no voice acting, so we are at least spared that.

The story follows FBI agent Jonathan “J” Weaver and his partner, Kate Hathaway, as they are assigned the case of a murdered man in a hotel. It doesn’t take long for J to find a very strong connection to a series of serial killings from 19 years ago that he was caught right in the middle of: the “Providence” murders. Henry Mills, the chief of the FBI branch in Clockford, is adamant that this is not the original Providence’s work, despite a very similar modus operandiof leaving a cut out of the Eye of Providence from a one-dollar bill at the scene. J finds that, by touching the Eye, he gains a bizarre new ability that he calls “past vision,” represented on the DS’s top screen in a flickering sepia. 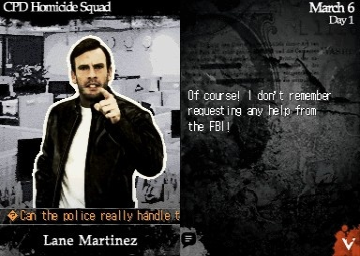 Again‘s adventure segments are presented from a first-person point of view. The DS is held sideways, a la Brain Age, and you are free to wander the crime scene as needed. Tapping on objects on the touch screen will examine or attempt to interact with them, while holding the stylus on an object will make J use the Eye on it. The objective of the adventure segments is to manipulate the “present day” crime scene to be as close as possible to the crime scene from 19 years ago (even down to making sure that a car radio is on the same station and playing the same song), then use the Eye on the elements that have the most to do with the original murder that took place at the scene. It is occasionally unclear which things need to be interacted with, and you may find that you’ll need to leave a scene and come back later with a new piece of evidence to make things perfect. Like Phoenix Wright, there is a “health bar” of sorts, where you can only make a limited number of “guesses” with the Eye before J succumbs to a debilitating headache, and the game ends prematurely.

When you successfully use the Eye on a piece of evidence, you are shown short, distorted videos of the crime in action. There is a filter over these, which coats the involved parties in a sick shade of neon yellow-green, obscuring their features and showing only a bizarre silhouette of what’s going on. These videos also have sound, presumably the voices of the criminal and their victim, but these are distorted as well, which is actually remarkably disturbing. You are only shown the true forms and colors of the killer and victim once you’ve seen all these videos for a crime scene. 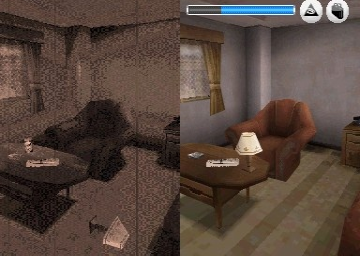 “Unsettling” is really the only fitting word for what Again does with its atmosphere. The music keeps a pretty constant dark electronic groove that nearly reminds this writer of Angelo Badalamenti’s excellent Twin Peaks soundtrack, but the trouble is that, outside of the recurring “crime scene” music (that becomes somewhat more intense for every successive crime scene you visit), Again‘s music never quite reaches that hallmark of memorability that Hotel Duskand the like did. It is at least interesting to listen to, but it lacks the jazzy personality.

Probably the biggest issue with Again, though, is the quality of writing. While there are no obvious errors with the translation (because of course, this was originally written in Japanese), the writing does come across as extremely dry. While there are a good number of characters that you interact with throughout the game, such as Maureen Yashima, the crime lab tech; they only show the vaguest hint of a personality, like there’s more to these characters than we’re seeing, but we never actually end up seeing any of it. Your partner, Kate, is literally only useful to the story because she is friends with Maureen, and she doesn’t even follow you into crime scenes due to J’s insistence on being alone (or else the Eye doesn’t work), which essentially relegates Kate to standing guard outside the scene while J does all the work.

One would expect J to be the best written character, since he even has a personal investment in the serial killings due to having been caught in the web 19 years ago during the previous Providence murders, but the story mostly glosses over all of that until near the end, and doesn’t even really resolve it very well. It’s difficult to really be attached to any of the main cast, and the criminals are essentially just faceless and uninteresting because of the game utterly forgetting about them once they’re no longer relevant. 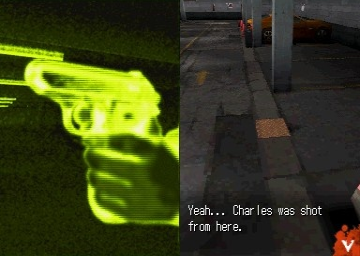 Again is an unfortunate casualty. There was a lot of potential in the idea and setting of this game, but with as much as it does that’s interesting, it could really have used more polish, more character, perhaps an overhaul of the script, but perhaps due to Cing’s financial situation at the time, they weren’t able to spare the expenses for it. What we’re left with instead, however, is merely a game of “what could have been,” and thanks to Last Window never reaching the United States, Again would effectively be Cing’s swan song for American audiences.