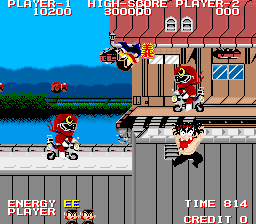 Jaleco’s 1987 arcade action game Ginga Ninkyouden (“Tale of the Galactic Yakuza”) tells the story of Yatchan, a young gangster who won a heart of his boss, Clis. Their peaceful days come to a sudden end when King Cobra, being a jerk he is, whisks away his beloved to the other side of the galaxy. So begins Yatchan’s adventure to rescue her, as he fights his way through Cobra’s army assembled across time and space. However, a closer inspection on the game will reveal a twist: the whole thing is one big movie production, both Yatchan and his girlfriend being actors in it. That tongue-in-cheek premise alone is enough to tell you this is a decidedly silly game poking fun at itself, although in doing so it ends up prioritizing the gag over everything else. It’s also rather infamous for a rampant use of copyrighted materials, so much so that Jaleco should be thankful nobody sued them over it. 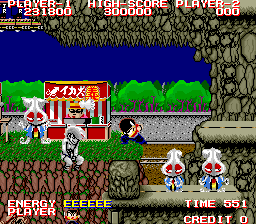 Outwardly, Ginga Ninkyouden plays mostly like Irem’s Kung Fu Master. Enemies come in a constant stream from both sides, and Yatchan has to combat them with his bare fists. Power-ups give you a katana that has better reach, but taking any damage will downgrade it each time until you’re left with nothing. The level design is more complex than its ancestor, ditching the long stretch of flat platform in favor of stages with great vertical range and paths that must be traversed multi-directionally; one level loops infinitely until you find a correct way to pass them. Each level is completed by defeating the boss at the end of it, after which King Cobra flees off with Clis and Yatchan hops onto a giant turtle to chase him. (It’s possible to miss your step in this part and die instantly, so be careful!) Sometimes, this takes him to a shoot-em-up level, where the turtle turns into a humanoid mecha and provides its own arsenal. These segments are rudimentary but brief, serving as an appetizer between a total of five stages the game offers.

The graphics are crafted with a distinct art style that emulates anime and manga of its era. The game treats itself like an episode of television cartoon, breaking up the stages with title cards and “eyecatch” intermissions, supplemented with illustrations by Masaharu Shimizu (some may recognize his works in similarly offbeat titles like Kengo Rage and Battle Golfer Yui). Characters in the game have exaggerated proportion with oversized heads, having various expression on their face when they get beaten up, and the levels are equally full of bizarre details, like the bathing ladies Yatchan likes to peep at. There’re a surprising number of voice clips, usually from Yatchan reacting to his surroundings, the most notable being a painfully amusing groan every time he bumps his head on ceiling. These are let down by grainy color palette and stiff animation, but it’s a fun way to inject personality into the cast. 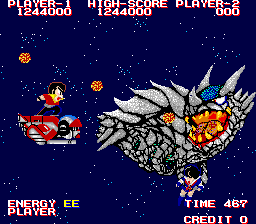 What’s not so fun is playing the game itself. Like most other single-plane beat-em-ups, Ginga Ninkyouden revolves around learning the timing of fending off each foe, but things go off the rails quickly when the game sends out the kinds that can throw you off from the rhythm with little effort. It is already tough enough when, even with your trusty katana, enemies have generally better reach than you, but it becomes overwhelming the moment they show up with weapons that shower you with projectiles, or fly making a beeline toward you. The problem is that Yatchan walks a lot more slowly than his opponents, and the controls aren’t simply designed to handle this sort of challenge. Yatchan can duck for evasion, but it’s not effective when lots of projectiles either travel in arc or drop straight on you from above. You can try jumping out of their way, but you can’t adjust your trajectory in mid-air nor attack below. Given that the game endlessly spawns enemies from all possible angles, you’ll likely end up landing on one of the Cobra soldiers and get yourself killed in no time.

Ginga Ninkyouden seems aware of its mean-spirited difficulty because every defeated enemy generously drops both power-ups and health restoratives, and occasionally hands out a nutrient drink that enchants your katana with the ability to shoot aura. If you figure out how to grind these within time limit and make the best use of them (no mean feat, as they disappear as soon as they pop up), then the game does become doable. But it’s not so much a meticulous insight from developer’s part as a band aid to make the game more tolerable. Almost all of the game are marred by balance issues like this, from slipshod boss fights to sketchy hit detection in shoot-em-up section, and the player has no choice but to abuse all loopholes available to cushion whatever the game throws at you. 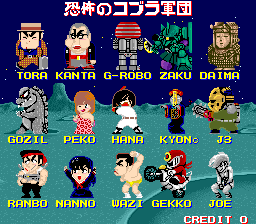 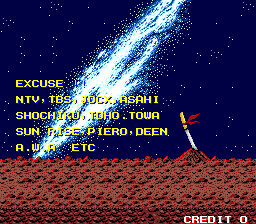 To say that Ginga Ninkyouden was “inspired” by contemporary pop culture would be an understatement. Right off the bat, even before putting in a coin, the game’s own attract mode proudly discloses the fact that the King Cobra army’s character designs are based upon various mass media celebrities, using thin-veiled pseudonyms. Throughout the game, you will encounter familiar faces like Godzilla, Kenshiro, Antonio Inoki, Gundam Zaku, Joe Yabuki (Ashita no Joe), Jigen (Lupin III), Saki Asamiya (Sukeban Deka), Rambo, and Jason Voorhees. Other areas are just as amazing: there’s an entire section in the first level recreating the boarding house from Maison Ikkoku, a hit manga by Rumiko Takahashi (better known in the west as the author of Ranma ½ and Inuyasha), and one stage music rips off the theme song from baseball anime Kyojin no Hoshi. The icing on the cake is in the ending credits, where the developers felt so bad about the whole affair, they left an apology note to every copyright holder concerned. It’s shocking Jaleco managed to get away with all of this – one can only assume the game’s sparse distribution, as well as its release exclusivity to Japan, helped it slip under the radar.

At any rate, Ginga Ninkyouden is mediocre. While some bits are chuckle-worthy, the messy design and its brutal difficulty overshadow any positives. Still, it’s hard not to be fascinated by the very existence of such a brazen game, one that makes you think people behind it must’ve had a blast, and for better or worse, it’s truly one of a kind. On emulators, there’s a DIP switch option that disables the health meter and renders Yatchan invincible, making for an ideal way to experience this time capsule from the past. 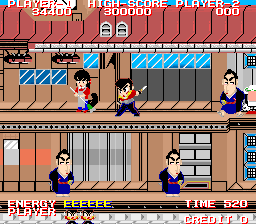 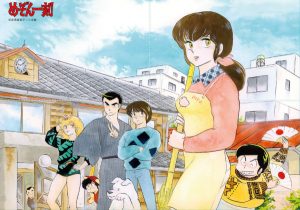 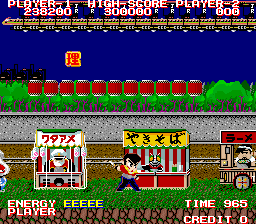 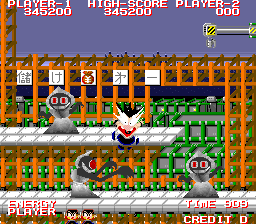 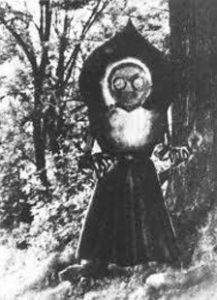 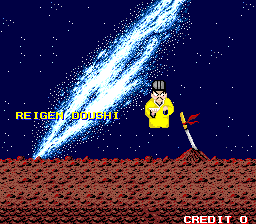 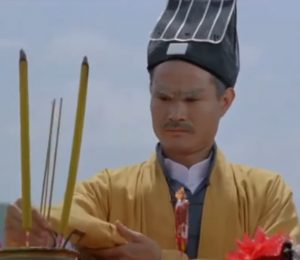