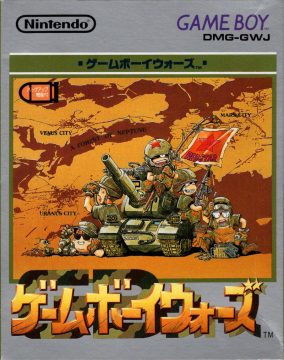 In 1990, Intelligent Systems decided to expand their the Wars effort to the portable format. Appropriately titled Game Boy Wars, the game features many familiar concepts to one who has played the console iterations. There are, however, several points of distinction. The first being that the map uses staggered square tiles rather than evenly placed square tiles. Basically, this means that each tile is bordered by six sides, rather than four. Another difference is that capturing works a bit differently; rather than losing all progress if a unit leaves or is destroyed, the property will instead retain the ‘damage’. This allows other units to attempt to finish the job, either because of disruption or using a leap-frog type maneuver. Conversely, should the property be owned, the owner can have a unit reinforce it.

The game is not without its flaws. First of all, the AI is incredibly stupid, fully willing to rush units against things that they can not hurt and get obliterated by in turn. The other matter is that the game is just very slow in practice, due to several reasons. The interface is clunky and not especially smooth. The animations take longer than they really should and not for any good reason, they’re just slow feeling. And finally, the AI itself takes an unpleasant amount of time to execute it’s turns. Even the simplest maps in the game will take in excess of an hour to complete.

Seven years later, enter Hudson. From this point on, all entries in the original Game Boy Wars series would be developed by them, with their first outing being a remake titled Game Boy Wars Turbo. Turbo is mechanically identical to the original, but true to its name it plays much faster. The animations play out quicker, and even look better to boot. Most importantly, the AI has had it’s logic adjusted and it absolutely cranks out its turns. It would be the definitive version of the game if not for the fact that something is wrong with the music. The compositions are the same, but some of the instruments emit a violently harsh buzzing that is quite unpleasant to endure. 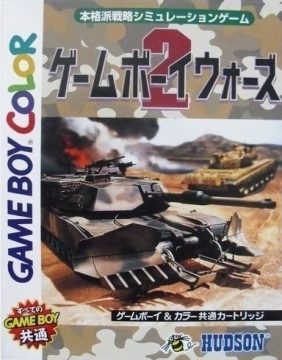 The next year saw the release of Game Boy Wars 2, which all things considered can basically be easily thought of as an expansion pack sequel to offer Wars on the Game Boy Color. The interface, units, mechanics, and even the music are exactly the same as in the original Game Boy Wars, only now things are in color. The rapid AI and improvements from Turbo are in play however, and Hudson even managed to fix the audio. The only real innovation is the fact that a unit will have it’s available movement presented to the player in the form of a small M on any square that is a valid destination. Turbo and 2 both have their own maps, but seeing how 2 has color, some quality of life, and music that actually works, there’s little reason to play the prior entries despite the lack of advancement on the sequel’s part. 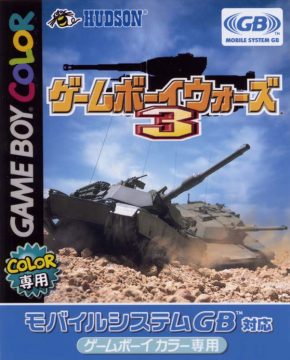 2001 saw the release of the final Hudson entry to the Wars series with Game Boy Wars 3. Unlike Turbo and 2, 3 is truly its own beast. The mechanics have been overhauled to a drastic degree, becoming quite unlike any other entry in the franchise. While any other entry cares solely for the monetary value of a unit to deploy it, 3 also features Materials as a resource to track. Indeed, many units cost quite little in terms of currency, with Materials being the choke point that causes one to weigh the value of their deployments. Further, a unit exists that can change the landscape; constructing bridges, leveling forests, paving roads, or upgrading structures. All of these strategic efforts consume materials as well. Materials are generated from Factory properties, and upgrading them will improve their production of such. This leaves the player to weigh how to invest their materials best.

Strategic adjustments aren’t the only difference, the combat has been changed to the degree that only the fact that units will both shoot at each other remains consistent. Game Boy Wars 3 introduces a unit and weapon classification system. Available weapons will damage some unit types more effectively than others. For example the Anti-Tank weapons will do a number on anything with armor, but anything with light defenses, such as one of the various ‘cars with a gun on it’ type units, will likely come out of the engagement on top.

The tactical considerations do not end there, as units now have an initiative system to respect. A unit has a given Initiative score, and that score will deplete a given amount for each hex moved that turn. When an engagement occurs, the unit with the greater current initiative will get the first strike, without consideration of who instigated the combat. In the event of a tie, then a more classical mutual exchange will occur. Finally, positioning is actually quite an important factor. Every opposing unit adjacent to a given unit will lower it’s performance. In fact, there is even a system in place where units that flank another by being on opposing sides will drastically swing the efficacy of the combatants.

There’s even an iteration on the promotion system that Super Famicom Wars presented. Rather than the stats of a unit simply increasing, in Game Boy Wars 3 a promoted unit will become an entirely different unit, often enjoying greater mobility, defenses, and stronger weapons. There are however some units that become disadvantaged in some respect, such as their mobility dropping in exchange for better performance otherwise. Some units even begin to play entirely differently, going from an indirect unit to a direct.

If all of this wasn’t enough, Game Boy Wars 3 actually features a narrative, with text presented to the player before a given mission detailing the ongoing struggles. There’s even a tutorial that explains the various concepts that are on display, and even a Wars veteran whether coming from the classics or back from the later entries would be wise to observe it.