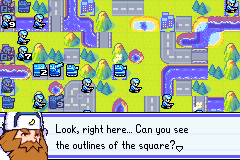 The first proper sequel in the main series of games is one of some mixed perspectives. While on the one hand, it is often regarded as the best of the main Advance Wars series, as a sequel it’s difficult to shake the notion of it being something other than an expansion pack. The plot centers around the return of the fifth army, Black Hole. After having masterminded a series of infighting conflicts in the first game, the conquering regime has returned with a new agenda. Rather than lurk in the shadows and instigate conflicts among peers, the spacey-looking invaders now take to the field and directly attack all four nations at the same time. The game focuses on the localized conflicts before a unified effort to defeat the encroaching force is made. 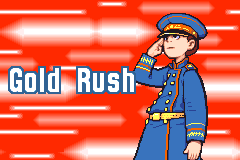 The most readily apparent difference is the fact that all COs now have a Super CO Power, in addition to a CO Power. The meter denoting the accumulation thereof has been revised to be displayed as several stars: a series of small stars followed by large stars. Filling the small stars provides the CO Power while the large stars constitute the Super CO Power. This brings some much needed diversity to the COs, as the lengths of both the CO and Super bars vary from character to character. Some have short bars with two stars for the Power and three stars for the Super, while others must build their meters significantly longer with five of the former and four of the latter. This somewhat compensates the variable efficacy of the powers themselves, and adds a further layer of strategy of just -when- is the best time to pop the power, and whether or not one wishes to save up for the Super Power.

The structure of the campaign is more open-ended, with the player being given their choice of battlefield to fight for the nation of their choosing. The order of which changes nothing of significance, if anything, however each map is specifically crafted to be tackled by a specified CO until it comes time to force Black Hole from the respective continents. All nations have new COs introduced to them, and the player is afforded the opportunity to get to know them all a little better as they’re all able to converse among each other mid-mission. Even the villainous COs of Black Hole are provided sufficient characterization, though none are presented as being particularly deep. As a cute touch, general soldiers from each nation speak with the Cos, their appearance based upon their respective Infantry sprites. While still fairly light-hearted in tone, Advance Wars 2 pays the most attention to the consequences of war by having the COs bring up subjects such as the fatigue of their armies, or the harm to the civilian populaces. Despite this however, nothing heavy is ever visually depicted.

New to Blue Moon is the rich kid Colin. Colin is generally insecure and questions his capabilities as a commander. Colin’s units are the opposite of Kanbei’s, they’re cheaper to deploy, but do less damage. Colin’s Powers give him more money, and raise the damage his units deal in correlation to the funds he currently has. Colin is conceptually a call-back to Billy Gates.

Joining Yellow Comet is the veteran commander Sensei. Sensei is composed and experienced, giving a strong impression that he’s managed to grow old as a commander because he’s good at it. He follows a paratrooper theme, and his Helicopters and soldiers are highly effective. His Powers allow him to spawn Infantry or Mech units on any empty cities that are under Sensei’s control. In the Japanese version, Sensei is known as Yamamoto, drawing parallels to Mr. Yamamoto and causing the strength of his reputation to make sense.

Rounding out Green Earth’s theme of by air and by sea is the land vehicle specialist Jess. Demonstrating being both assertive and resourceful, Jess is something of the personality middleground of the trio. The vehicles of Jess enjoy greater damage output, while anything that is not a land vehicle is less effective, including soldiers. Her Powers provide extra movement and damage to land vehicles, as well as resupplying ammo and fuel for all units.

The first of the new villainous invaders is Flak. Flak is primarily faced by Red/Orange Star over the course of the game. Brutish and dim, Flak holds a rather simplistic view of things and is something of a dark reflection of Max.  Some timely typos in his dialogue are a running joke, and only fuel community perceptions of his stupidity considering he’s known in Japan as Kong. Flak’s units have wildly expanded luck ranges, going both as low as Sonya and higher than Nell and causing his damage to be completely unreliable. His Powers expand these luck ranges to increasingly extreme degrees.

Next on the list is the mad scientist Lash. As brilliant as she is dismissive, Lash forms the research and development back-bone of Black Hole with the Neo Tank is of her design. Due to the nature of her mental strength, Lash can be seen as a dark reflection of Sonya. Over the course of the game she demonstrates herself entirely willing to commit attrocities for her own amusement. Her army’s damage output increases in proportion to the defensive value of the terrain they stand upon. Lash’s Powers allow her to ignore terrain costs, and increase the defensive value of terrain which in turn raises the damage of her units.

Vain and prideful, Adder presents himself as a top-class CO and thinks little of others. Mechanically, Adder is the most basic of all Cos in the series, with his units being entirely stock. Adder’s Powers provide degrees of bonus movement and nothing else. The point of interest is that Adder gets his powers very quickly, and mobility is nothing to sneeze at, this allows Adder to regularly keep his opponent from making more aggressive moves.

A man of few words, Hawke rounds out the villainous additions as pretty much being the one everyone answers to that isn’t Sturm. Cold and ruthless, Hawke is not someone with whom to be messed. His army is just as formidable, all in their entirety dealing extra damage without any penalty at all. Hawke’s Powers both globally damage opposing units and heal his own.

Hachi is first introduced in Advance Wars as the merchant that sells maps to the player to be used in the War Room and Versus modes, and is the prior Commander in Chief of Red/Orange Star before being succeeded by Nell. He’s available as an unlock for doing basically everything in Advance Wars 2 and is kind of a victory lap CO that’s not meant to be remotely fair. Hachi’s army is deployable at a discount with no penalties. His Powers allow him to deploy units for half cost, and from any captured city. 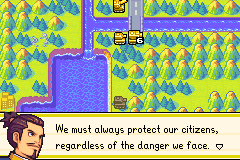 Units operate largely the same, with a new unit that has been developed by Black Hole making its debut as the Neotank. A spiritual successor to the Prototype Tank of Super Famicom Wars, the player must go out of their way to find the extra missions that contain the labs with the plans for the unit. Should the player succeed at the Lab missions, the Neotank will continue to be available for that nation for the rest of the game. Performatively the Neotank is fast and hits hard enough to take out even a tank in a single shot without sufficient cover, making it very effective at punching through a defensive line. The cost for the unit is rather high however, limiting its opportunity for deployment.

The visual style has been adjusted since Advance Wars, retaining a somewhat cartoony nature though going for a different stylization. The unit sprites remain unchanged, both in and outside of combat. A different point of visual presentation is that of the CO portraits mid-combat. While Advance Wars had contextually animated responses depending upon the lead-up and outcome of a battle, Advance Wars 2 only has partial portraits that do not animate. The original CO’s themes return exactly as they were, with the new COs receiving their own. There’s some new incidental music, with the largest addition being that CO Powers and Super Powers have proper tracks rather than just a little cut-in jingle. There’s even distinct versions for Allied Powers and Black Hole Powers.

Advance Wars 2 while a solid entry and bringing some much needed variety to the formula otherwise doesn’t particularly offer much different from its predecessor. The campaign maps largely rely on gimmick structures, and several of them are designed to such a poor degree that the only way they’re possible is by virtue of the fact that the AI makes frequent mistakes. The CO balance continues to be a bit over the place, with each of the new COs to the player nations all either being game-breakingly good, or scarcely worth using with no middle ground.