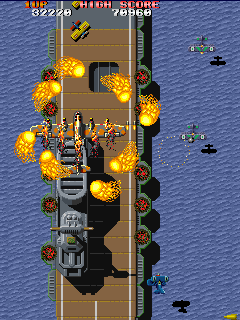 Flying Shark is Toaplan’s third arcade shoot-em-up. Rather than following in the footsteps of their previous game, Slap Fight, instead it returns to the basic style of their initial entry, Tiger Heli. Rather than a helicopter, though, you pilot a biplane, iwith technology inspired by World War II, similar to Capcom’s 19XX series. However, rather than taking place over the ocean, most of the game has a Southeastern Asian jungle setting, so it’s not like it’s meant to be particularly accurate about anything.

There are minor improvements over Tiger Heli, the strongest being that your shots actually travel the entire length of the screen. However, you still only have a single weapon, which is powered up with various levels of spread shots, plus the now-standard limited use bombs. The screen also scrolls horizontally as you move back and forth, allowing for a larger playing field. In general, the game is a bit easier than Tiger Heli, too. There are only five stages, while the second loop skips the first stage entire and jumps to the second. 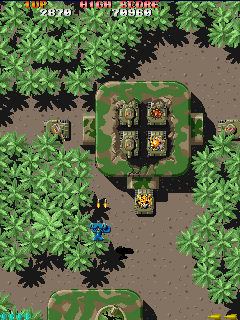 Flying Shark shows some evolution in the linage of Toaplan’s shoot-em-ups, though the lack of any extra weapons (and the difficulty in building back up to the strongest after you’ve died, a typical issue in late 80s shooters) and generally bland setting make it more like a stopgap between the company’s stronger games. There are a few cool details though – if you shoot an enemy plane at a distance, they’ll spin and crash into the ground, taking out anything else it hits. If you shoot them close, then they’ll just explode. Plus, the music is enhanced over its predecessors, having switched to FM synth.

Nonetheless, the game was ported widely, particularly in North America and Europe, where it was sometimes renamed Sky Shark. The sprites are really tiny compared to the arcade game, so the whole experience feels rather stripped down. The Atari ST and Amiga versions are the best looking of the bunch. The Amstrad version is unfortunately just a quickie port of the Spectrum version. The NES port was only released in North America, and includes the Commodore 64 soundtrack composed by legendary musician Tim Follin.

Meanwhile, it was also ported to the FM Towns and X68000 computers in Japan. While these look faithful at the outset, there are a number of frustrating inconsistencies that make it far worse than it appears. At least the music tracks on these versions are pretty decent. 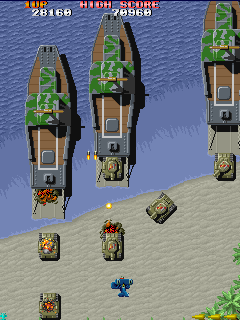 Interestingly, Flying Shark‘s main character, Schneider, is cryogenically frozen at the end of Flying Shark and thawed out later on in Toaplan’s final shooter, Batsugun. This never actually comes up in this game, since it’s a retcon, but it is a fun little piece of lore. 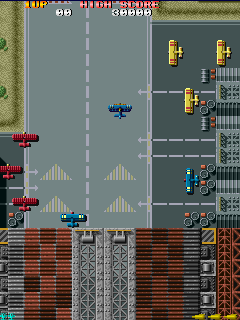 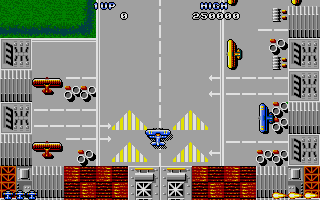 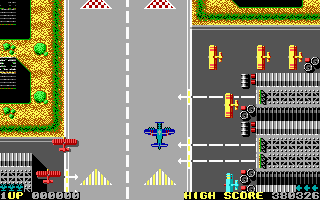 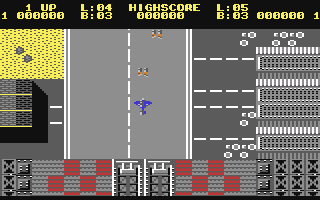 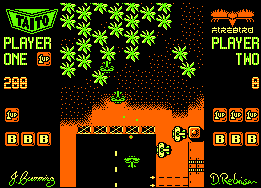 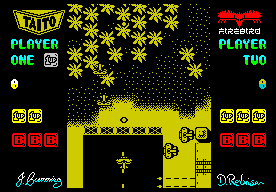