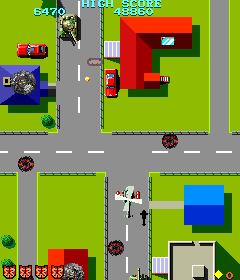 Toaplan (東亜プラン) was one of the most prolific developers of shooters during its golden age. While many of their earlier games were not published under their name – usually represented by Taito or Romstar on the title screen – they’re quite notable for a number of releases, including Tiger-Heli, Twin Cobra, Hellfire, Truxton, Zero Wing (perhaps their most infamous), and Batsugun. While the company was dissolved in 1994, its former employees spread out to found several other companies, including Gazelle, Takumi, Raizing and Cave.

Toaplan’s shooters have several distinguishing factors – long levels, huge bosses, difficult gameplay, and really good music. Most of them, with the exception of two, are vertically scrolling. Many of their titles fit into small subseries, like the Tiger series, the Shark series, Truxton and Outzone, as well as many others which don’t fit into anything. That being said, they share share similarities in style – Truxton plays very similarly to Twin Cobra, despite utilizing a sci-fi theme rather than a militaristic one. While many of their earlier games may seem pretty basic compared to modern shooters, with fairly typical visual themes and limited weaponry, they were still quite influential, and are still playable today with the proper mindset. Most of their earlier titles received computer and console ports. However, as the years went on, a number of them remained only in the arcades, despite their improvements. 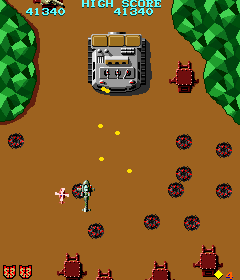 Tiger-Heli is Toaplan’s first shoot-em-up, and also the establishing entry of their “Tiger” trilogy, consisting of this, Twin Cobra, and Twin Hawk. Twin Cobra received its own sequel as well, developed by Takumi after Toaplan went out of business.  It’s also basically a spiritual sequel to Gyrodine, another helicopter-themed shoot-em-up released in 1984. That game was developed by Crux, which went out of business shortly after it was released; Toaplan was formed by some of its former staff.

In Tiger Heli, you control a helicopter equipped with a very weak, short-ranged gun and destructible satellites. You fight against air and ground-based enemies (planes and tanks, respectively), but unlike Xevious or TwinBee, your main weapon can hit both types of targets. Tiger Heli is also the first shoot-em-up to introduce limited use bombs, which can huge amounts of destruction. These bombs are shown as carried on the actual helicopter sprite, as opposed to just a number in the status bar, as typically seen in other shoot-em-ups. These explosives detonate when fired or when enemy bullets hit them, sometimes annoyingly clearing the screen when you don’t need to. Your helicopter is also fairly sluggish, which when coupled with your underpowered main weapon and lack of other power-ups other than the satellites, turns it into quite a difficult game. You’re sent back to a checkpoint after dying, though it’s not very far back, usually a screen or two. It’s also very short, at four levels long, and it loops to a higher difficulty after the end.

The graphics and sound are a little weird, to say the least. The water has these strange, unnecessary white lines all around it, making it look like a swimming pool. When bombs blow up, they leave spinning ovals everywhere that look like confetti. For some reason, floating docks are gray and made out stone. Forests are bunches of shaded green triangles and squares that are lumped together. The effect makes Tiger-Heli look very surreal, especially next to similar games of the era. For no reason other than to be a jerk, you can blow up people’s houses here.

Tiger-Heli received an NES port that’s infamous for its poor quality. While the arcade version was only a bit below average, the NES version makes it look remarkable in comparison. The strange, yet cool graphics are gone and replaced with horrible, low-resolution backgrounds. One level was so lazily put together that it consists of a simple gray background with occasional black and yellow lines. This port was handled by Micronics, a company infamous for a lot of terrible early arcade to console ports such as Raiden Trad, 1942, Ghosts ‘n Goblins and Athena. It was published in Japan by Pony Canyon, and in North America by Acclaim. 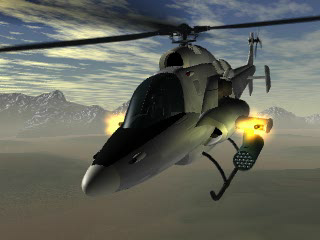 The arcade version was also ported to the PlayStation in 1996 and published by Banpresto as part of the Toaplan Shooting Battle Volume 1 release. In addition to display options, it also features an arranged soundtrack, but otherwise it’s pretty much the same as the arcade version. This compilation also includes a CG intro movie, as was standard at the time.

Overall, Tiger-Heli is a little rough in retrospect, but it’s also about on par with other shooters from 1985. It serves as a good establishing points for all of Toaplan’s later shoot-em-ups. 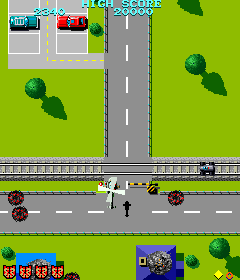 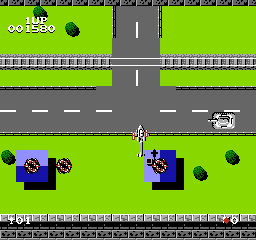 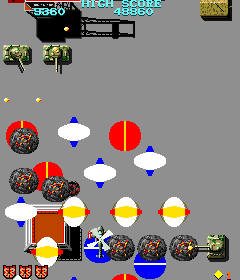 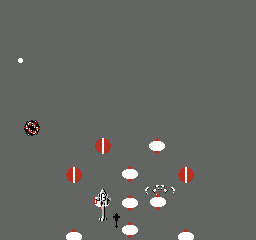