Earnest Evans desperately wants to be Indiana Jones – you can tell this just by looking at the American cover. He carries a whip (although he can find other weapons like hammers and such) and explores mysterious ruins and underground caves, all while being harassed by traps and bugs and all kinds of ancient monstrosities.

In still screenshots, Earnest Evans actually looks pretty cool. However, once you see it in motion, it completely falls apart. Earnest Evans‘ big gimmick is that the main character is made of several small sprites, jointed together and animated to look like one big sprite. It’s the same effect that Treasure used so gloriously for its many gigantic bosses in Gunstar Heroes. The thing is, Earnest is meant to be a human character, and the effect just doesn’t look right at all. Although his movements are silky smooth, everything from his walking animation to his whip attacks are hilariously exaggerated. It’s even funnier when he dies – he gets knocked over several feet and tumbles on to his back, going limp. It’s like controlling a marionette – impressive use of physics and animation for the Genesis, perhaps, but when compared to Super Castlevania IV, which this game seems to be trying to emulate, it looks like a joke.

This would be excusable if it just affected the graphics, but the controls are equally as slippery. Earnest’s whip attacks are slow and ineffective, and the jumping doesn’t feel right at all. It’s way too easy to kneel down and end up tumbling forward, completely out of control. The collision detection is thoroughly questionable, as Earnest seems to be able to glide up vertical surfaces by simply moving forward. It also suffers from Turrican syndrome – that is, there’s no knockback or invulnerability period when you get hit by a bad guy. It just saps your strength for as long as you’re in contact with it, so even prolonged exposure to a small bug can kill you if you’re not careful. Furthermore, the non-linear levels just lead to Earnest stumbling around aimlessly, drunken-like, haphazardly wandering into dead ends, and maybe if you’re lucky, the exit.

Since the whole game comes off like a beautiful mess, it’s hard not to recommend Earnest Evans, even if it’s just to witness the first level. It’s a bad game, but there’s plenty of hilarity in seeing Earnest get knocked around like a ragdoll. 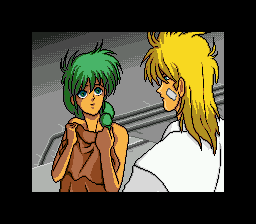 The releases of Earnest Evans were pretty strange – it was only released in cartridge format in America, while in Japan it came only out for the Mega CD. The only advantage of the CD version is the redbook soundtrack (which, per usual Motoi Sakuraba standards, is pretty good) and a number of cutscenes. Most of them are pretty boring, consisting of Earnest looking at a map and talking about his travels. Eventually, though, he stumbles upon a beautiful young girl lying in some ruins in Peru – since this is a prequel to El Viento, this is obviously Annet, who accompanies him for the rest of his adventures. 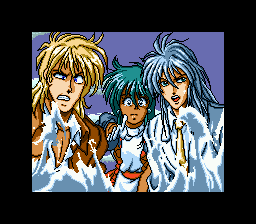 The cartridge version doesn’t have any cutscenes at all – not even the brief single frame ones as seen in El Viento. The only reason you’d know they were related is because Annet drives the car in one frantic chase level. In fact, the instruction manual of the American version rewrites the story to take place in the present day – the “Earnest Evans” in this version is now supposed to be the descendant of the Earnest Evans from El Viento.