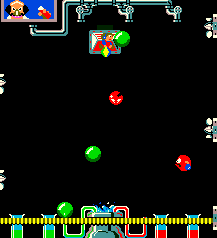 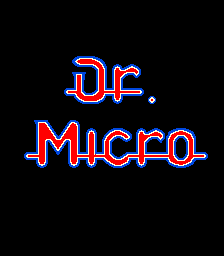 Donkey Kong is one of the most influential games in all of history. Shigeru Miyamoto’s brainchild gave rise to the wonderful world of platforming games, fast-paced action romps where you jump over enemies, obstacles, and pitfalls while advancing your way towards a sort of goal. Not all of these games necessarily involved jumping, but they all shared a two-dimensional perspective and, back in the early eighties, often took place on a single screen. Donkey Kong itself was such a simple yet addicting formula that it naturally encouraged a legion of imitators, nearly all of which failed to strike the goldmine of their inspiration. It’s not that these Donkey Kong-likes were bad, and a few of them were reasonably popular for their time like Data East’s fast-food themed Burgertime, Sega’s isometric Congo Bongo, and Bill Hogue’s console hit Miner 2049er. Then there are those that nobody remembered very well and likely remained in the arcades, perhaps due to being released by a small-time company and/or not having enough of a budget to mass-produce machines. That might have been the case with Dr. Micro, an unassuming Donkey Kong clone that isn’t a bad game, but just feels like it’s missing a bit of the punch others like it contained. 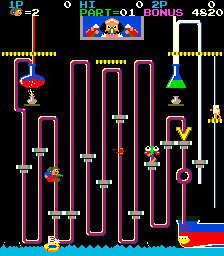 The game’s name likely derives from its antagonist, who presides over you for the first two thirds of any given game. Resembling a prototypical version of Dr. Wily, it seems the plot of the game is that you (some kid with headphones) have been shrunk down to pint-size by the nefarious Dr. Micro and must somehow reconstitute yourself to take revenge on the not-so-good doctor. This may be the first known video game that has you pitted against the “mad scientist” archetype which is popular in a lot of media, though he’s admittedly not as intimidating as a gigantic ape.

The action is parsed out over three levels, each of which have a completely different feel and objective; the first level, for example, requires you to navigate a bunch of rising and falling platforms. This stage sorta counts as a platformer, except that you cannot jump but only drop down onto the next platform. Your sole action button has you fire from a gun that launches what look like hammers to stave off these weird googly-eyed bugs with boxing gloves. You can control the platforms once you land on them, but if you somehow fall between the cracks, a life raft will bounce you back up to a total of three times. You also have to watch out for a walking test-tube that will occasionally dump corrosive liquid onto your noggin, but you’re through once you grab the glowing “V” at the end.

The second level is decidedly more unorthodox and combat-oriented than the first. First, you need to jump onto green bubbles which mysteriously morph into beach balls when you jump on them. You can ride the bubble-ball anywhere through the air, but fans on both sides of the screen make control a bit frustrating. You have to deal with malevolent red bubbles that attempt to shoot or collide into you, but you can zap them by releasing a spark from your ride. This shrinks the bubble-ball and after about five shots, it pops and you need to jump onto another green bubble. After vanquishing enough red bubbles, a vent at the top of the room opens for the exit, but you only have a few seconds to reach it before it closes, forcing you to pop more red bubbles until it opens again. The third and final stage has the most in common with Donkey Kong, considering that the first half of it involves a bunch of actual jumping onto platforms. You need to jump over machine parts and run under presses on a large conveyor belt, but once you get up halfway, you grab your gun from the first level and are once again rooted to the ground. You now need to dodge a fire-blasting machine, another press, and most painfully, a large turret that fires two bouncing projectiles all while shooting at more scrap. Once you reach the very top level, your “boss fight” is against two menacing guard robots which take several hits each. If you manage to shoot them down, you get a big fat point bonus and kick Dr. Micro off of his control console, and the cycle begins anew at the first stage until you run out of lives or lose interest. 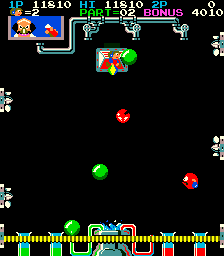 Dr. Micro is a relatively simple game, and it’s enjoyable for a quick action romp, but something about it feels a bit lacking. Maybe it could have done with one more level to put it up to the par length set by Donkey Kong and Donkey Kong Jr. Furthermore, not enough is done with the “you’re really small” gimmick posed in the first two levels then thrown away in the third, but perhaps that would be a bit much to expect from a video game made in the early eighties. While a relatively light game, it does at least have some bright graphics that depict a lot of things going on at once, especially in the third stage. 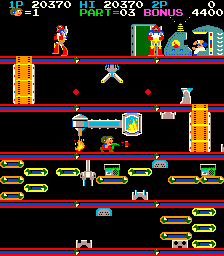 The game looks like most other games did at the time, as well as sounding like them with a single tune that plays over all levels. The music is certainly a catchy little ditty that may sound familiar to anyone educated in musicals from the middle of the 20th century. It just so happens to be a chiptune rendition of “Chitty Chitty Bang Bang,” which… doesn’t seem to make sense as there are no flying cars in this game, but it’s cute and fits the aesthetic well enough. The unlikely use of this tune is probably the oddest thing about the otherwise straightforward Dr. Micro. It’s not an especially innovative game that does anything wild or crazy, and it probably wouldn’t land on any 1000 Games You Must Play Before You Die lists, but it’s still a reasonably fun Donkey Kong clone that’s worth checking out for a quick spell.