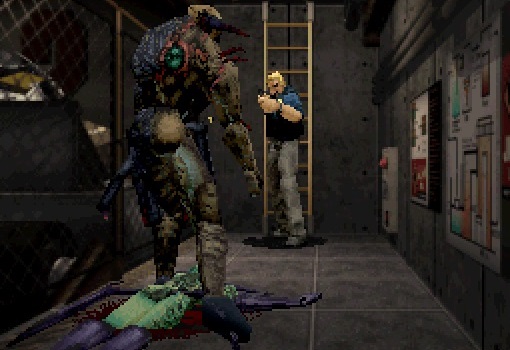 The majority of the Sega Saturn’s import library is dedicated to classic shoot ’em ups, licensed anime properties, nudity laden quiz games, and visual novels. Scroll through any list of the top Saturn import games, and it isn’t hard to imagine why those games never made it to the United States. In Japan the Saturn was a haven (or graveyard) for veterans from gaming’s silver age who utilized the Saturn’s exceptional 2D capabilities to the fullest. Among this storied library Deep Fear is a Westernized oddity. A game so Western minded that, like Resident Evil before it, a Japanese voice track wasn’t used in the release. 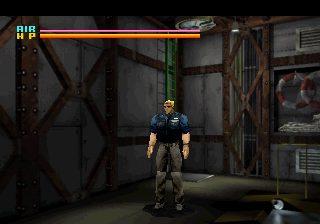 Fresh off of the critical impact of Resident Evil, and a year sooner than 1999’s Silent Hill and all the Resident Evilclones to come, Deep Fear is a 3D survival horror game designed to compete against Capcom’s new franchise.Deep Fear was published and developed in house from Sega’s legendary AM7 team and includes a soundtrack by Kenji Kawai (Ghost in The Shell, Patlabor) and character designs by Yasushi Nirasawa (Kamen Rider). Deep Fear is game that looked poised for success circa 1998 when critics were gushing over Resident Evil and fans were craving more survival horror.

The game takes place deep under the ocean in the aquatic lab Big Table. You play as John Mayor, a Navy Seal stationed there for security. After an incident involving a nuclear submarine, an evil alien virus begins to mutate the people and animals on board the station. John must fight for survival to escape. The plot is typical survival horror complete with evil military-industrial complex conspiracies and plenty of number puzzles to solve. Taking another cue from Resident Evil, the game’s narrative is advanced with some hilariously awful voice acting. Thankfully the game holds no conceit in its plot. 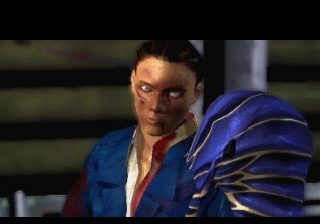 Unlike Capcom’s unexpected hit, Deep Fear has some serious production muscle backing the game. The models are very colorful and vibrant, which really comes out in the game’s mutant enemies that display the talents of Nirasawa. Every enemy looks distinct and unique, making the designs a nice refresher from the usual survival horror fair of Zombie Dog or Zombie But Taller. The enemies in Deep Fear shine with a creativity usually reserved for more inventive RPGs, and even grunt enemies look fantastic and well crafted. The cutscenes and graphics rival that of Tomb Raider or Resident Evil. Deep Fear is a great looking game that displays the Saturn’s underrated 3D capabilities. 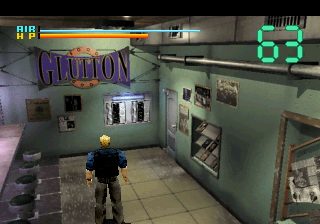 However, the game’s excellent enemy design shows how shallow the overall picture is. The Big Table is certainly not as memorable as the mansion or police station from Resident Evil. You’ll spend a lot of time lost in its static white/gray hallways because they all look the same. While Resident Evil utilized its fixed camera angles for dramatic effect, setting up clever cinematic stages, Deep Fear includes them as merely lip service to the genre conventions of the time. Extended play reveals the game using the same angles over and over, contributing to the repetitive level design. If you’re a fan of Kawai’s soundtrack for Ghost in the Shell and others, you will be underwhelmed by the forgettable score for Deep Fear. The music isn’t used as a dramatic tool and will feel largely absent during any playthrough. Couple this with the game’s clumsy attempts at horror (prepare to see many things fall from the ceiling), and Deep Fear squanders the immense potential of its atmosphere. 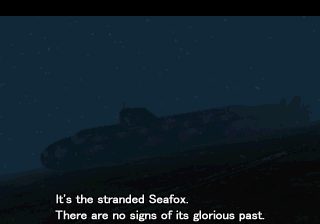 Deep Fear is a different kind of survival horror game, and its structure feels much closer to Resident Evil 4 than anything. The game is refreshingly low on the backtracking for a classic horror game and tends to keep a linear focus during the first disc. However the game’s second disc does have the player retreading ground. The awful pacing is starkly contrasted with the game’s breakneck first act. The climax ends up feeling dragged out.

The combat mechanics feel more modern than other games from the late 90s. The first element is the ability to move while the player has the gun drawn. This lowers the player’s mobility but also makes fights with multiple enemies easier to manage. The ability to run with a weapon drawn meshes with the game’s overall more action like feel. The second element is the option to have a grenade equipped that can be thrown any time with a dedicated button for secondary weapons. Even though the tank controls still make the combat awkward, these little features add another element to the gunplay that’s missing from other survival horror games. These enhancements make Deep Fear a much more palatable experience. 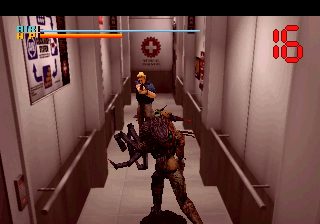 The most interesting innovation is the infinite ammo and medical supplies. Players can recharge their ammo at any storage room or change their weapon layout. While medical supplies are infinite, the player must search out a location such as a medical office or doctor’s office to find them. The infinite supplies does take some element of tension out of the game’s fear equation, but the game counter balances this by having enemies that respawn and are fairly difficult to kill. The player can get by comfortably killing everything that moves, but encounters with three or more enemies, especially some of the later mutants, can still be deadly.

Deep Fear uses environmental hazards and air as a centerpiece for its horror. Air is a precious resource throughout the game and most rooms will have a countdown timer in the top right corner telling you how much air is left. This gives some segments of the game a sense of urgency as the player must decide if they’ll manage their few precious seconds fighting monsters or searching for a place to recharge their air supply. Unfortunately these environmental hazards aren’t utilized to their full effect. Being a survival horror game set at the bottom of the sea, you would think that the underwater segments would take more precedence in the game. Unfortunately, the underwater segments don’t really change much besides applying a light blue filter to the screen and making the character move twice as slow. In later portions of the game the player actually travels along the ocean bed in a giant deep sea suit called the Big Jim, but these portions of the game are brief. 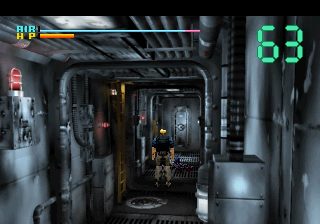 Deep Fear emphasizes an alternative approach to the survival horror genre that not many games of its era were concerned with. Survival horror games of the time focused on the genre’s cinematic potential that was brought to a head by Silent Hill‘s innovative psychological and grotesque horror. Deep Fear is a bold prediction of the genre’s drift towards action oriented horror games. Indeed, one can identify the rough skeleton of Dead Space in its structure. It’s hard to call Deep Fear a must play even for survival horror fans, though. It does present some fresh ideas for the time and implements them well, but a more engaging plot or score could have made it a cult classic. For now it will have to stay in that obscure cloud of survival horror that includes Galerians, T.R.A.G, and Carrier. 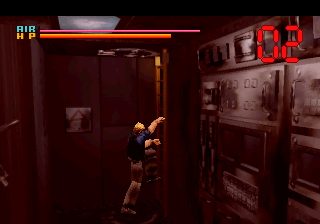