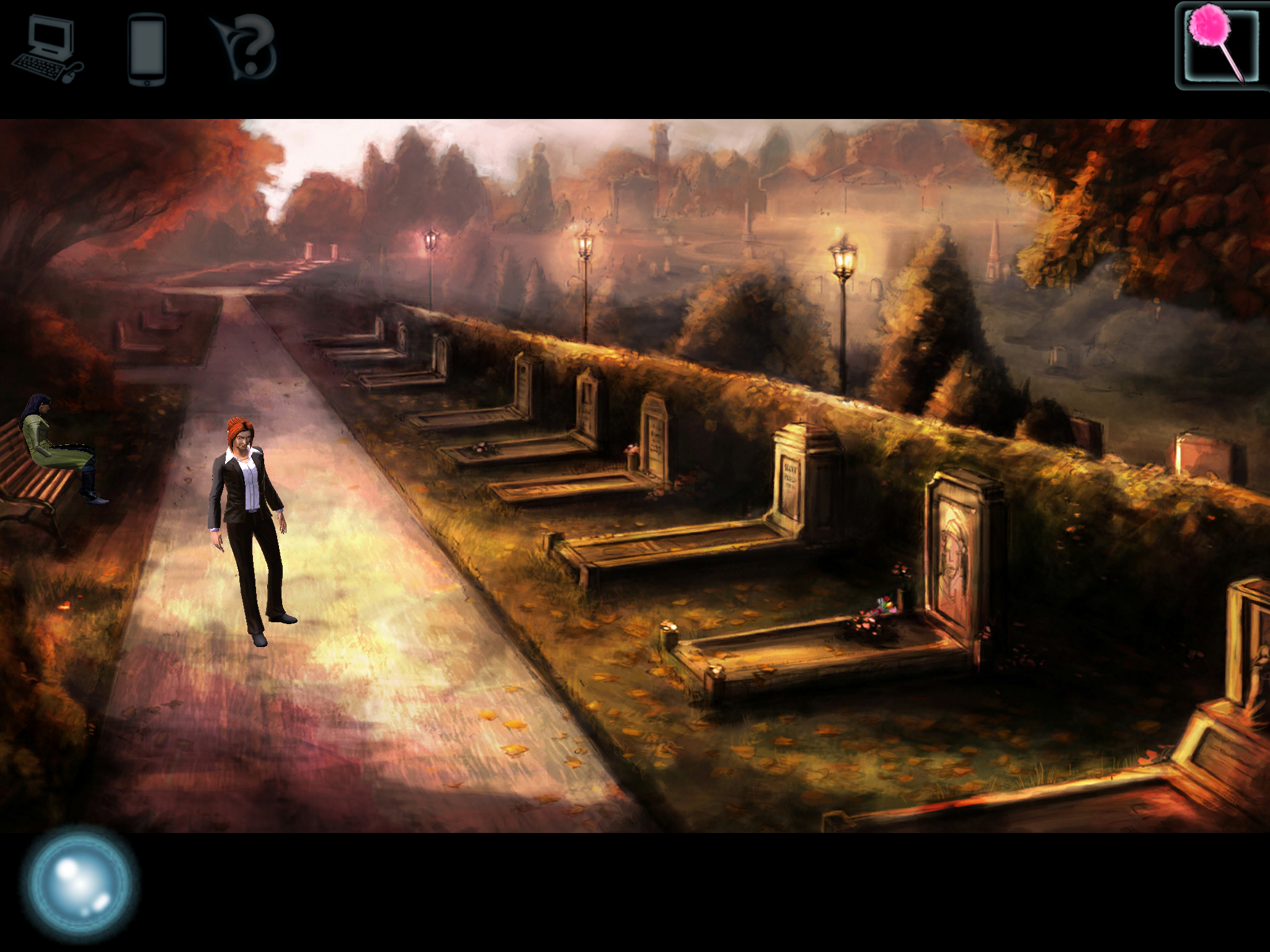 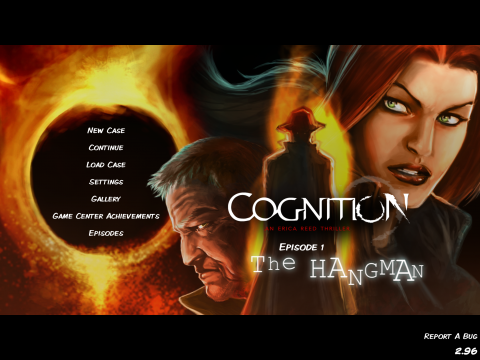 Phoenix Online Publishing is an independent gaming company bringing back point-and-click adventure games. Its first title was the fan-favorite free-to-play The Silver Lining, a concluding game to the classic King’s Quest series. However, Cognition: An Erica Reed Thriller was its debut original. A wildly successful $30,000 kickstart campaign funded this game series that ended up winning several Aggie Awards and accolades from Rock Paper Shotgun and IndieGames.com for its original release in 2012. Even Jane Jensen, creator of Gabriel Knight for Sierra On-Line, joined in on the project.

The plot spans over four episodes that were released a few months apart from 2012 to 2013. Though each episode will end the same, the player has the element of choice in certain parts that will alter the path the story goes. These decisions will make parts of the game easier or more difficult respectively. The player is also required to save their progress manually lest they make a fatal mistake and perish in the game.

Primarily playing as FBI agent Erica Reed, the player uses the cognition ability to solve puzzles. By tapping or clicking the cognition circle found on the bottom left side of the screen certain objects or people are highlighted. Doing this allows you to access flashbacks and even sort through memories. In each game, Erica’s abilities grow stronger with the tutelage of ally Momma Rose. This power integrated seamlessly into the crime thriller genre. 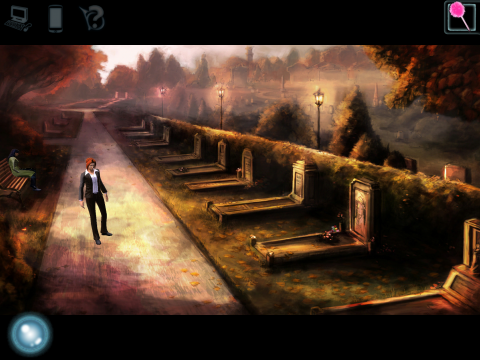 Episode 1: The Hangman begins with Erica Reed, a young FBI agent, racing with her partner John McCoy to save her brother Scotty from a violent serial killer called the Cain Killer. Erica possesses an ability that allows her to see into the past when she interacts with objects. She uses this power to find her brother, but he passes away and the killer escapes though he is badly injured. Five years later, Erica is forced by the FBI director to close her brother’s case. But a new case centering on a man who hangs his victims to death brings her attention to someone who knows about her secret ability. The opening of this game is particularly powerful and captures the player.

Within minutes of the beginning of Episode 2: The Wise Monkey, Erica’s love interest Sully is drugged by a woman who cuts off his ear right in front of Erica. This woman kidnaps Sully and Erica is forced to race against time and enhance her abilities before he becomes the latest victim of the Wise Monkey, a serial killer who cuts out the eyes, ears, and tongue of her victims. Erica comes to discover yet another murderer is taking out these serial killers before she can reach them but using their same MOs to hurt those close Erica and draw her attention.

In Episode 3: The Oracle the new serial killer is revealed to be Cordelia, a supposed friend. Erica hunts down Cordelia to the Enthon Towers where she must unravel the mysteries of this woman who can into the future to stop whatever she’s planning. Though the past two games involve Erica switching locations, the gameplay changes in this episode as you’re confined to one place and additionally Cordelia becomes a playable character. At the end of the game, Erica accidentally frees the man who killed her brother, known as the Cain Killer, from his prison in the condominium’s basement.

Episode 4: The Cain Killer is the finale. Erica becomes a fugitive from the FBI and she and Cordelia are forced to work together to stop the Cain Killer from hurting someone else Erica loves. Yet another new gameplay feature is introduced. The player must gain the trust of NPCs by choosing her words wisely. Failing to do so can result in dire consequences to Erica and Cordelia. In the climax, Erica finally confronts her brother’s killer and must decide to let the law give the man justice or deal it out herself. 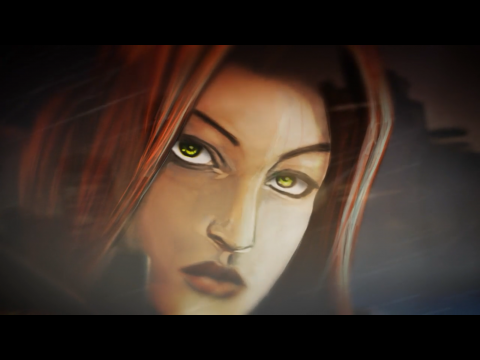 Since this is an indie game with a fledgling company the characters’ 3D animation can be choppy in instances and would occasionally glitch, but nothing extremely distracting. The backgrounds are painted in beautiful but gritty brush strokes. The graphic novel-style cutscenes, however, are a visual pleasure. It feels like you’re flipping through a comic book and playing what’s on the page. This unique aesthetic sets it apart. Another note is that though most of the game is in third person, there are certain sequences in first. This adds an even more personal connection to the protagonist Erica Reed.

This point-and-click adventure game is far from relaxing or easy. Most of the puzzles deal with logic or require clues or items to progress. The first two games require a lot of driving about Boston to collect items and talk to people, but the latter two games confine you to fewer locations. But at certain points, the puzzles are far more intense. 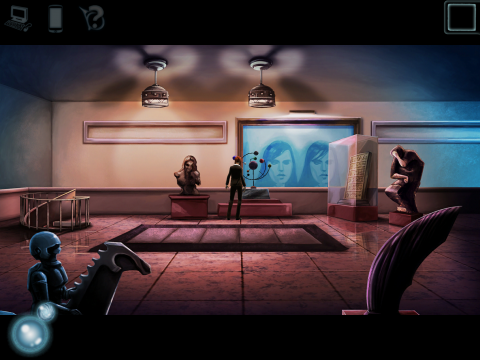 One of the most difficult and pressured sequences occurs in episode one when Erica has less than ten minutes to cut wires to disable a machine before it murders her brother. The character is panicking and the first-person point of view thrusts the player into an equivalent state of tension. In episode two, the climactic puzzle of the game involves solving several quiz questions of the game’s events to save Erica’s love interest. One mistake means he is injected with poison.

All four episodes are fully voice-acted. Though none of the cast is well known, the voice acting is well-acted especially by lead actress Raleigh Holmes. She delivers gut-wrenching performances throughout the series coupled with an excellent score by Austin Haynes. Though the music is done digitally, the soundtrack is unique and gives the games a signature sound.

This game is in a similar style to the remake of Gabriel Knight: Sins of the Fathers. Like in Cognition, Phoenix Online Studios uses graphic novel-like animation for their cutscenes. In contrast, Gabriel Knight’s gameplay animation is smoother, but that’s also because this game released later (2014) and the studio had more time to cultivate their skill. A key point is that Erica Reed is a more compelling protagonist. She has a stronger character arc and refrains from the frequent lewd comments by Gabriel, so she may be more appealing to those put off by his chauvinism.

Though originally released for PC and Mac in 2012, in 2018 a Game of the Year Edition was released on iOS and Android. Though on different systems there isn’t any marginal difference in graphics and gameplay besides minor bug fixes.