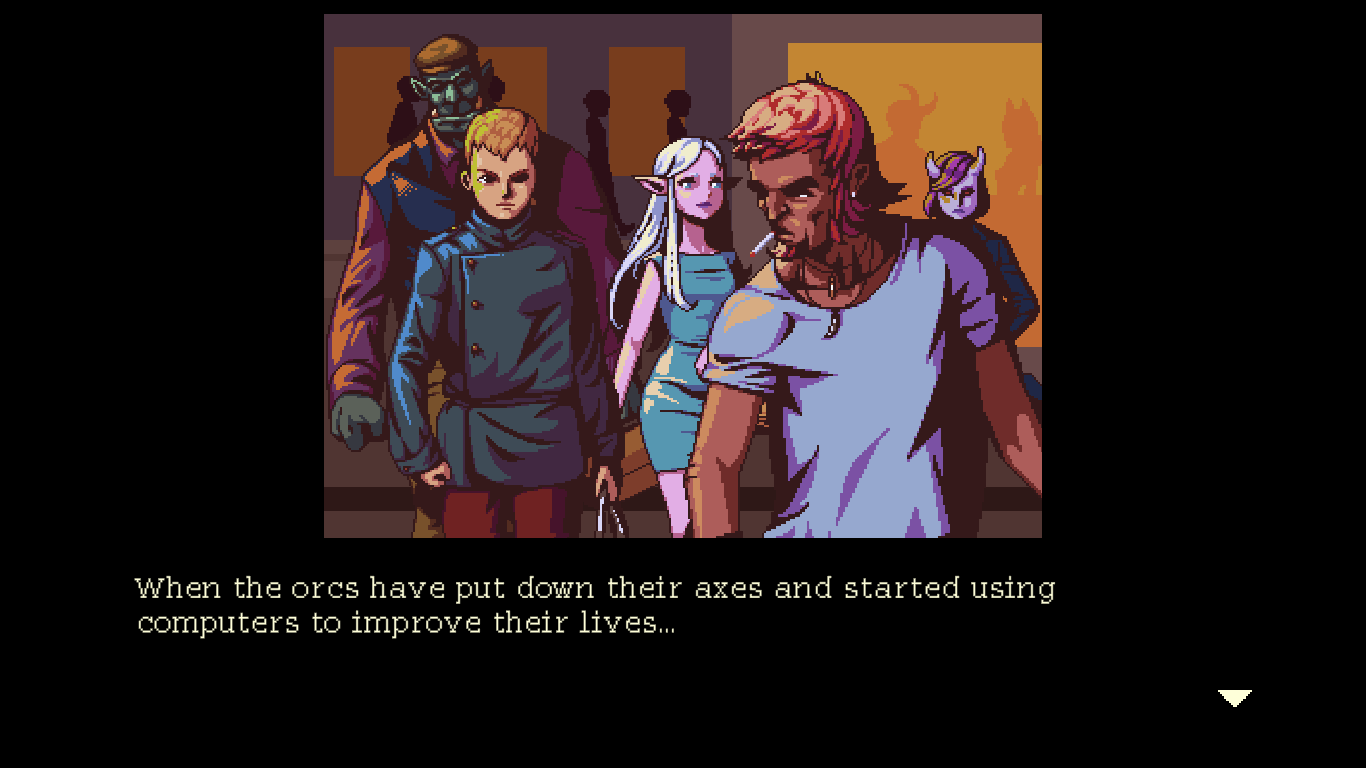 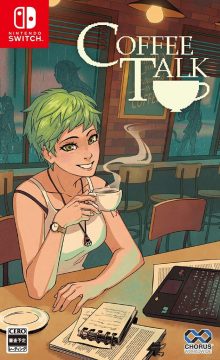 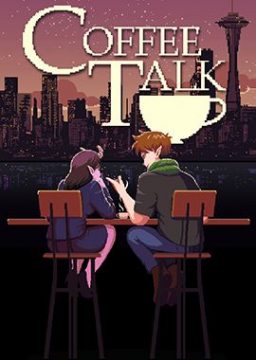 With a few years passed, VA-11 Hall-A‘s influence is finally starting to be felt on the indie scene. The novel bartending sim visual novel has created a small trend of food and drink serving games based around chill vibes, lively characters, and extremely pretty art, but not too many of these have reached a finished state just yet. The big exception right now is Coffee Talk, and while the game isn’t as memorable as VA-11 Hall-A, it is a quality game that has an interesting bit of cultural weight behind it. 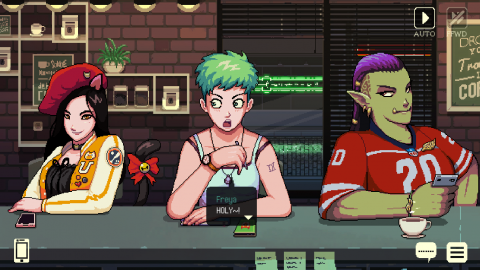 See, this is probably the most significant game we have ever seen released from Indonesia, a country with a small but slowly growing game dev scene that finally has its signature clout getter. Toge Productions, the devs behind this, mostly have a bunch of unfinished demos up on itch.io, plus a handful of generic mobile and small releases that still manage to have some impressive art design behind them. This is going to be their signature release in the coming years, it would appear.

If there’s one thing they’re good at, it’s stepping into a given genre and copy the style and play of it near perfectly, with a few small details here and there to make the game stand out. You can probably see this best in My Lovely Daughter, a very goth story book Princess Maker take-off, and She and the Light Bearer, using a nature angular slash tribal look you may have seen from many a minimalist moody platformer, but with its own point and click and dialog elements fitted in and a greater focus on distinct details over minimal beauty. 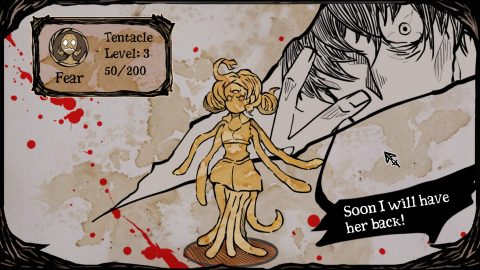 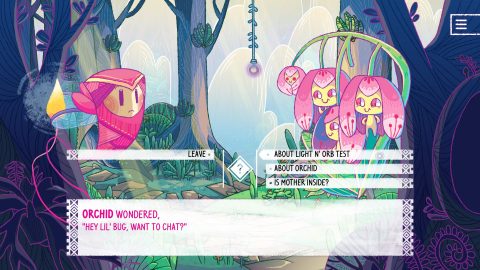 She and the Light Bearer

Coffee Talk is working under this same sensibility, clearly inspired by VA-11 Hall-A, but significantly different both in writing and presentation to make it stand out enough to be its own thing. The PC-98 trappings are gone, replaced with an attempt to use sprite art to capture a cozy urban feel of a Seattle eatery. Even the large and decorative HUD is gone in favor of a more natural pop-up phone HUD and minimalist menus. The urban fantasy shift also focuses more on themes of racism and abuse from power on a more relatable scale rather than presenting a high-tech dystopia. The end result is an even more relaxed reading experience, with even the comedy turned down a notch to just let the atmosphere overtake the player. 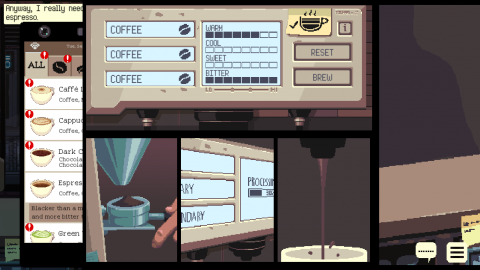 It helps the presentation is absolutely top notch, some of the best in the indie scene. The sprite work is drenched in varied and striking colors, everyone popping off of the coffee shop interior’s soft pallet. The score is very downplayed and soothing, fitting for a coffee shop sim, and the animations are simple but being used in so many places at once that it’s hard not to be impressed. Great use is made of the view outside the window in this respect.

The coffee shop sim elements are a bit more confused compared to VA-11‘s drink mixing system, though. Preparing drinks for a customer there was intuitive and you could piece together what someone wanted if they didn’t make a clear order based on what they said and previous interactions. In Coffee Talk, hints are harder to come by, and you deal with the new issue in that you have to unlock the entire menu yourself overtime by experimenting. You can prepare drinks and trash them before serving, but you’re not going to have a full list in a single playthrough. 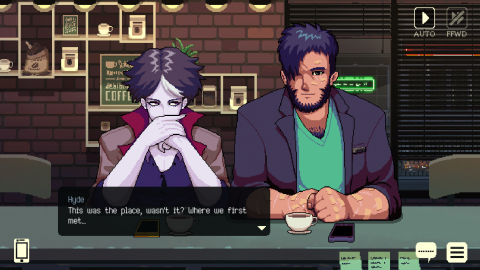 A few orders are also clearly just trial and error, as is the case with a werewolf regular. You have to make him a calming drink and get a hint at a single ingredient, and a few tries to get it down before you reach the story point where you have to have it nailed. It doesn’t feel accomplishing to figure out what the drink is as a result, as it’s just a lot of trial and error. There’s also an endless mode that isn’t well thought out, since the game’s sim elements are almost completely bare beyond serving story interaction. The addition of foam art is neat, though, a clunky but fun system just there for the fun of it.

Also don’t expect a long list of weird one-off customers. Coffee Talk keeps it simple with a core cast, though it is definitely a varied one, complete with cat people, mermaids, orcs, vampires, werewolves, elves, demons, and an alien wearing an astronaut suit who drinks through its finger. In terms of personality, everyone sticks out, and the more streamlined focus lets the game have the characters collide at set points in unexpected ways to move their own personal stories, sometimes portraying arguments between people with a cool manga style panel layout with a black background to keep the game’s classy feel. Everything was well thought out. 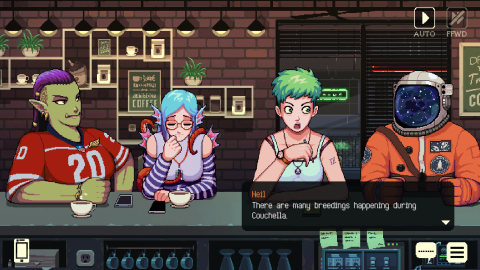 The actual writing is a bit of a mixed bag, though. The team seem out of their depth with the majority of subjects broached (not helped it’s a game set in America written by an Indonesian team), with major exception to hearing a graphic designer and a big budget game developer having a tired vent about game studio politics and crunch. The main running story of a writer regular of yours using these customers are fuel for a novel is fine unless characters talk directly about it and you get a few awkward lines here and there, though this seems to be more an issue with the translation.

Everything is easy to follow and seems accurate, but tone in character dialog can be a bit odd at points with a stilted line here and there. Then again, compared to how a lot of Japanese game translations went just a few years ago, this is very professional in comparison. Points also go for the true ending, discarding emotional weight VA-11 tried and goes for something much, much weirder. It works, as comedy is easily the writing’s biggest strength. 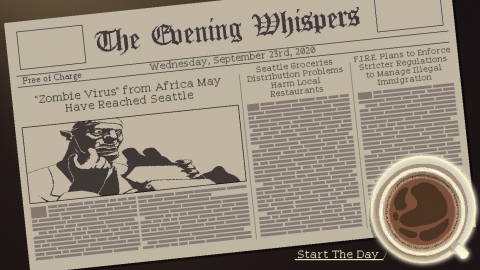 On the whole, Coffee Talk lacks that wow factor VA-11 had, lacking that sense of striking freshness or nostalgic flavor. It’s also clear it had completely different goals, and it accomplished the majority of them with confidence, despite the occasionally iffy prose and the not quite thought out coffee brewing. It’s something fresh built on a familiar foundation, and it’s a charming good time for its short four hour or so length, especially as a mid or late evening read. More importantly, it’s proof that great things can come from the Indonesian game dev scene, and it may just inspire some more indie projects over there. One can only hope the next set of games from there have the polish Toge put in this one.