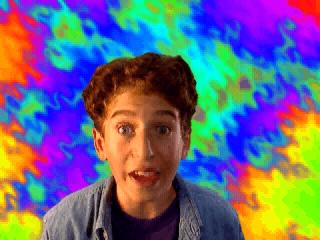 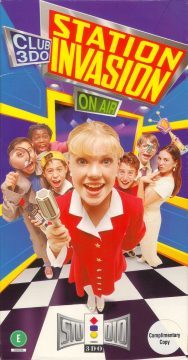 For all the faults of the 3DO, it couldn’t be said that it didn’t try to appeal to a wide audience. Generally, a lot of its games tried to reach for a more mature audience, as seen with games like Twisted. A surprising portion of its library, however, was directly made for younger kids. Some of these were actually respectable efforts, like a few ports of Humongous Entertainment’s earliest games. One of the most interesting titles from this whole initiative, however, would have to be Station Invasion. It feels like a spiritual successor to Twisted, going off in a new direction while tweaking some of that game’s faults. 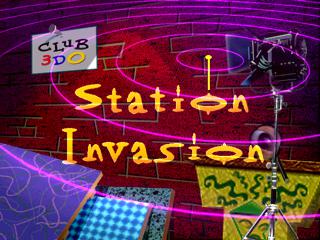 A bunch of kids have bought out a local TV station and replaced all the adults, resulting in the creation of KID-TV. The station now plays six different shows, each of which is hosted by one of the six playable characters. Billy is the star of sitcom “I’m Grounded”, Angelica heads the soap opera “Sundaes of Our Lives”, Bryce is the host of “Mysteries Shmysteries”, ‘Sopha Sinfree’ runs a talk show named after herself, and Ernie is the host behind “What’s That Smell?”. Not among the playable cast are newshost Mary Carp and her cohost, John. It should be noted that John is a Golden Retriever in a suit, and because of that, he’s probably the best character in the whole game. 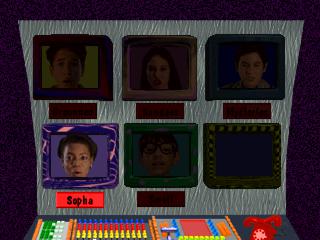 There have been a few tweaks to the formula since Twisted, all of which are generally for the better. The game supports a whole five players, one more over Twisted, although this is still handled by passing the controller around as each player’s turn comes up. You also have the option of playing by yourself, either by practicing the minigames or playing a full match without any other players. Furthermore, instead of a board the players have to traverse, the game takes place over ten rounds, with each player being put into one randomly selected minigame each round. Unfortunately, this cuts out the opportunity players had in Twisted to influence where their opponent would end up, which cuts out whatever inter-player interaction there was to be had. On the bright side, this makes game length a lot more consistent, since you don’t have to worry about lost turns or having one player getting to roll to move four times in a row. 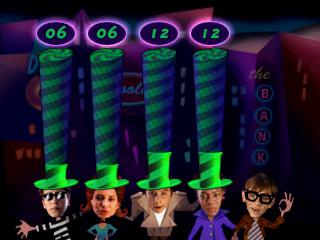 The goal this time around is to score enough points at the end of the tenth and final round to end up on top of the other players. All the minigames are puzzles of various sorts, and much like Twisted, none of the other players ever have the chance to get directly involved. Some of the challenges you encounter are similar to ones from Twisted – sliding puzzles and trivia questions, mostly, but there’s a score of new minigames to encounter. In a nice touch, while finishing a minigame will score you maximum points, some will allow ‘partial credit’ and give you some points even if you make some mistakes. The game also lets each player pick from one of four difficulty options for the minigames. On the hardest level, some of the math and trivia questions can take even an adult a few moments to recall. 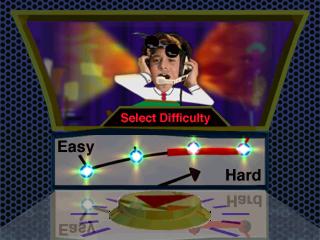 The new minigames generally have an educational bent to them. You’ll answer math problems, unscramble words, identify musical instruments by sound, classify animals, and other such obstacles. The most interesting minigame for the intended audience is probably going to be the minigame that’s basically Mad Libs, which the game even reads out to you once you’re done filling it in. Even the minigames borrowed from Twisted have more of an educational focus. The tile puzzles use famous art pieces that give some brief information on their artists, while the trivia questions are less about pop culture and more about historical facts. 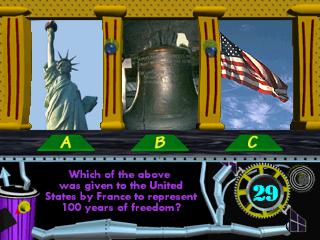 The tenth and final week of the season is Sweeps Week, where you’re given up to three minigames in a row for one final chance at overtaking your fellow producers. You’re given a grid of potential options, three of which will be randomly chosen once you hit the button. Besides getting entered into a minigame, you’ll also have the chance of getting to skip a challenge, or end up losing the chance to play one of your minigames entirely. Once Sweeps Week ends, the winner of the game is announced at an awards ceremony, where one of the station’s former actors attempts to forcibly steal the trophy from a bunch of children. Thankfully, John’s always there to prevent this from happening. 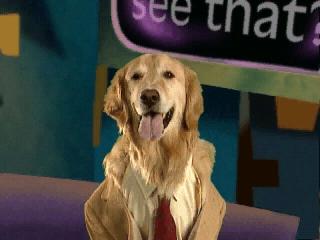 While the board game aspect of Twisted somewhat interesting, it often lead to games that felt like they could last for ages. You could add or subtract fifteen minutes or so of game time by just how well the players rolled, so matches in Station Invasion play out somewhat more quickly. The fact that you’re going for points mean things helps, and has it so the players who are good at the minigames have somewhat more of an edge. What really helps is the fact that while there’s still some heavy FMV usage, you can now freely skip it with the tap of a button. You can also choose to play without any FMV entirely, which speeds up the pacing massively. 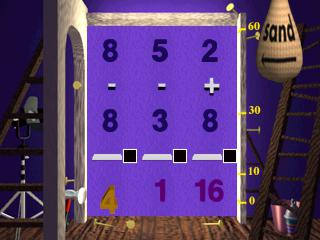 Since it’s a game made for kids, the sense of humor’s generally pretty goofy. This is fine, since that means a lot of the jokes aren’t nearly as eyerolling as they could be in Twisted. Between rounds, you get to watch a brief clip of one of KID-TV’s shows, and these make for a pretty decent reward. There’s the game show in which contestants are made to smell various disgusting things, or the show where a very stern young boy attempts to puzzle out mysteries like where missing socks in the dryer go. (The answer, obviously, is aliens.) It’s not going to do much to appeal to older players, certainly, but the young actors all have enough heart in their performances that the various clips are worth watching once. 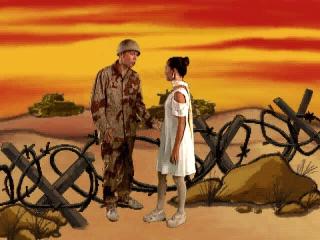 Overall, it’s hard to really place just how good of a party game Station Invasion is. It’s got some improvements in all its factors that make it less annoying than Twisted, although the fact that all the players remain disconnected from one another still feels more than a little strange. Kids will probably end up getting bored once the edutainment factor sets in, although some of them might end up enjoying the silly video clips. Whatever purpose it serves now, though, it makes for a fun watch, at the very least, and a valiant attempt at broadening the 3DO’s reach into the hands of everyone, young and old. 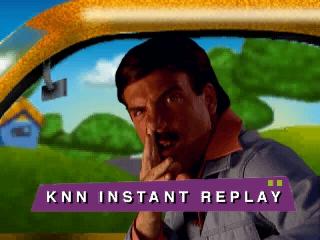