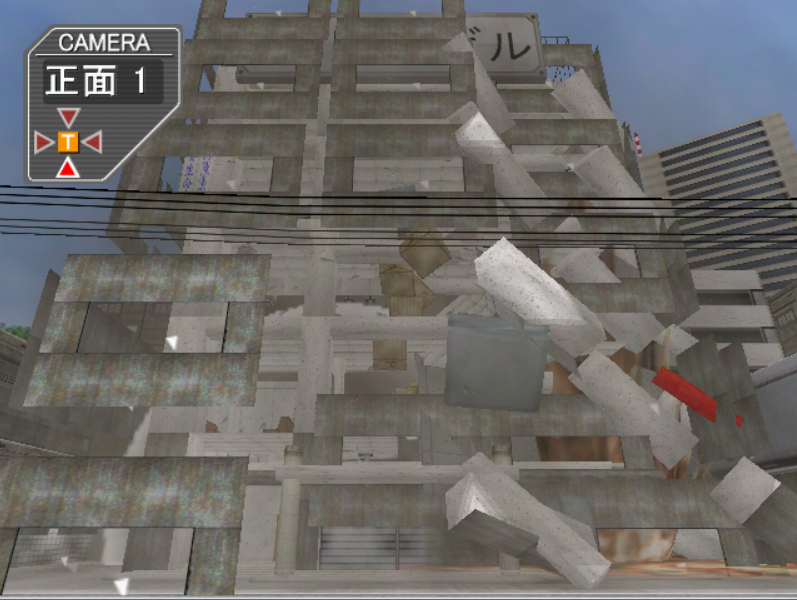 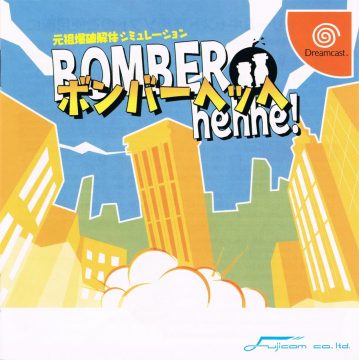 This article was sponsored by Patreon pledger Phillip Berryhill. File a request to have a game of your choice covered through your pledge!

Bomber Hehee is a rather unusual “explosion demolition simulator” for the Japanese Dreamcast. As a company in charge of building demolition, it’s your job to set up bombs around the various points of a structure, then detonate them, hopefully causing a big enough explosion that it will collapse to the ground. 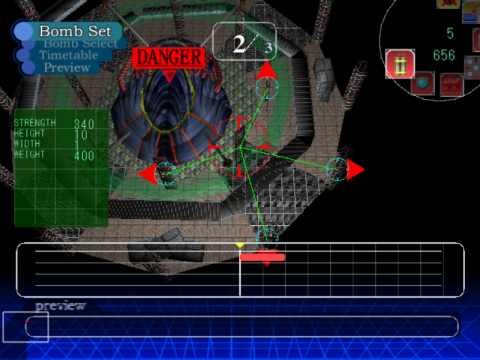 During the “Bomb Set” phase, you can select any of the main structural points of the building, and move between floors. Each point has a certain strength level, so weak explosions won’t do any damage to them. There are several different types of bombs, each with their own strength and range, which can hit surrounding structural points and increase their strength. Each also has a different explosion time length, as only four bombs can explode at once. You are technically limited by the number of bombs you can set, too, though you can still plant plenty of them.

Once you’ve set and timed the bombs, you sit back and watch your handiwork unfold, as the building hopefully crumbles to the ground. There are several default cameras that you can switch to in order to get different views of the explosions, or you can manually set cameras inside the building to get a more up close and personal view. At the end, you’re graded on how much of the structure you destroyed, as well as other things like number of noise complaints. In the beginning, you only need to wreck a certain percentage of the building to advance to the next level, though these goals get more stringent as you get into the game. There are a few different types of structure – the first one is just a small three story building, but you can get to demolish towering skyscrapers, secret underground (and underwater) bases, and even a castle. 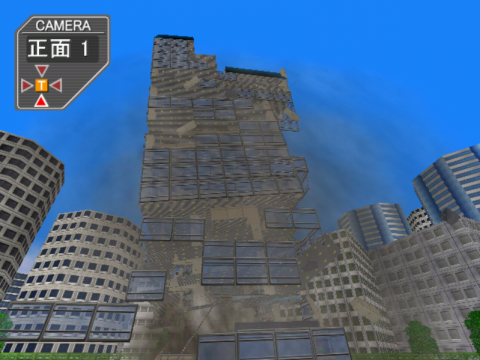 The most satisfying parts of Bomber Hehee are when you’ve demolished most of a building’s base and are watching it teeter very slowly, counting the seconds until gravity finally does its job and sends the whole thing collapsing to the ground. It’s a whole lot of fun, especially since the Dreamcast quite can’t handle the relatively complicated physics so everything plays out in slow motion. It’s also encased in story mode where your fellow employees, drawn in little scribbles, make goofy commentary. Even more amusingly, whenever you fail to blow up a building, a local TV broadcast announces your complete and total failure.

Bomber Hehee was initially scheduled for release in late 2001, but was delayed into the next year due to its proximity to the September 11th New York City terrorist attacks. It’s also probably the main reason why it never left Japan. Still, even outside of that, the game itself is pretty limited. The puzzle elements are too abstract, and while it’s super fun to blow stuff up, until you get a grasp on how it works, you’ll probably spend a lot of time failing, and dealing with the long load times as it restarts the scenario. As such, it’s more of a novelty, and it doesn’t quite feel like there’s enough there to warrant a full price retail release. Plus, later games like Red Faction Guerilla had a similar concept, except it put in the player in the role of a character physically demolishing buildings, which is much more satisfying than setting explosives from a menu. Still, a very interesting and unique title for the era.