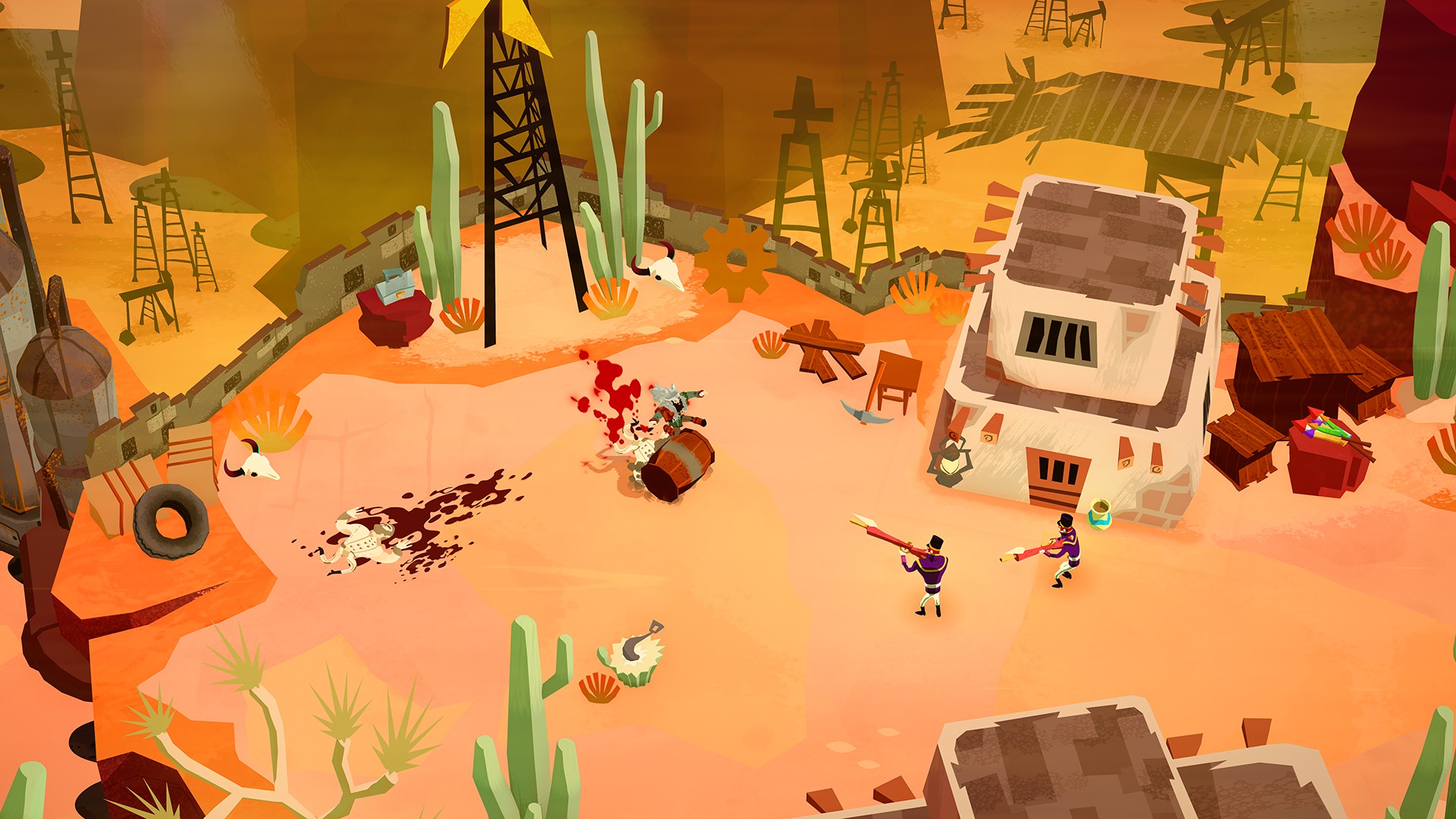 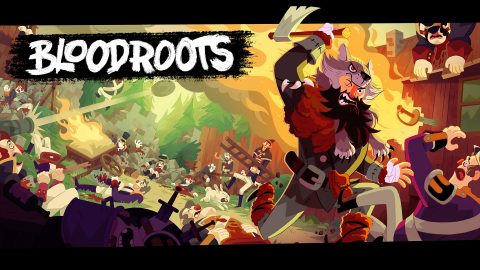 There is a poetry and rhythm in violence that Bloodroots captures.  A self described “murder ballet” where one hit will kill you and everything around you can be leveraged as a weapon, Bloodroot is not unlike a lighter Hotline Miami. Success is when everyone is dead, then it’s on to the next one.  Movement is fluid, fast and violent and the stages are designed as puzzles in which you’ll find yourself challenging your previous runs to be more efficient.

Despite the violence, the game is not “gory”, per se and more often comedic in its approach to the subject matter.  Everything can be used as a weapon including fish, snowballs and the torso’s of the previously slain.  Each weapon has a limited number of uses, so combat is made up of movement from item to item across a stage making the most efficient use of the tools provided.  Use a sword three times and it breaks, pick up a pot and throw it, turn and ride a barrel that explodes amongst a group of enemies.  It’s a fun challenge to clear a level and they are designed in such a way that you can see the perfect run laid out in front you.  Mastering it is another issue altogether.  Level completion grades and a leaderboard provide incentive to revisit the levels and kill that much more efficiently.  Despite only three worlds and about five hours of gameplay in the core story, there are many reasons to return. 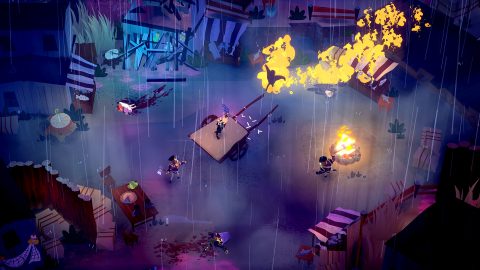 The story is predictable but ultimately secondary to the action, with campfire scenes containing plot elements that flesh out the tale in between missions.  New ways of killing your foes are spread out across the game meaning that even by the final few levels there were still new weapons to pick up and experiment with.  It keeps the core gameplay loop fresh and engaging, and the end comes at exactly the right time, before it can become stale.

Bloodroots is produced in Montreal by PaperCuts, a newer studio with only one other game, 2017’s Fat Mask, under their belt.  It’s a promising sophomore effort and speaks to a team that understands what it wanted to create and knew where to draw the lines.   Despite it being a single player game, it unintentionally plays great as a couch co-op game.  The levels are short, death is often quick and it makes passing a controller back and forth a fun experience that can turn ‘murder ballet’ into a family sport. The game is at its best when it feels like a murder sandbox with endless possibilities.  While you can often see the path the level designer(s) have laid out, there is no path set in stone.