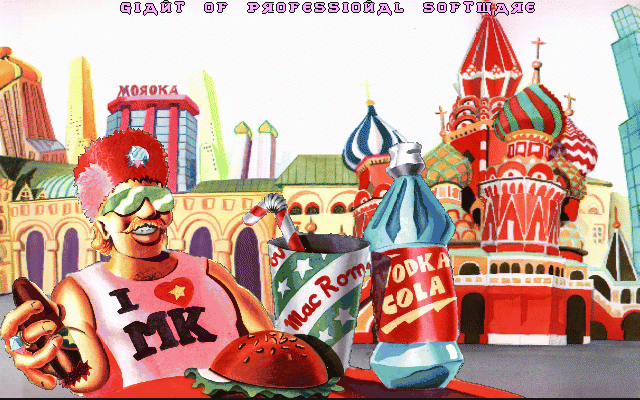 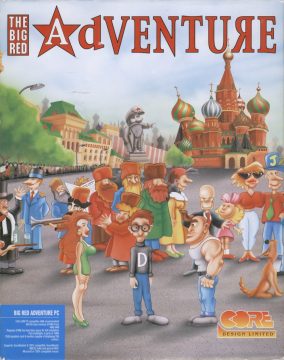 Nippon Safes Inc. was a moderate hit all around Europe, but the way it was handled by the distributors meant that the developers saw little to no money in their pockets despite the success. For their next self-published project, Dynabyte changed genres but stayed in Japan with the abysmal anime-esque 1-on-1 fighter Tube Warriors for Amiga. After this they made an experimental title, Late Night Sexy Show, a quiz game with erotic content starring a female host rendered in ray-tracing. They later on decided to go back to adventure games with Tequila and Boom Boom which, sixteen years before Rango, was a hybrid of spaghetti western (mainly the comedic Bud Spencer and Terence Hill movies) and Saturday morning cartoon with animal characters. It had beautiful hand-drawn graphics but an extremely simple plot and interface.

Before the release of Tequila and Boom Boom however, Dynabyte decided that it was better to return to their first, best and more well-known project. So, after having made a contract with CORE Design, in 1995 they released a sequel named The Big Red Adventure. This time the three D’s find themselves in early 90s Russia for totally unrelated but familiar reasons: Doug is planning a heist, Dino is looking for a job, and Donna is apparently a star of the Bolshoi after her stint with the Emperor of Japan(!) in the first game. 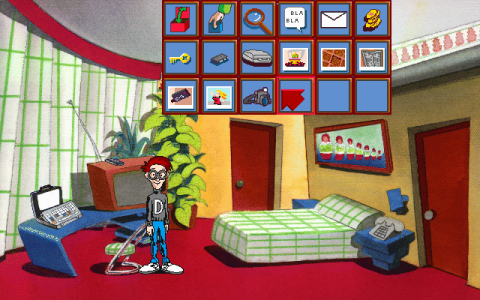 The “Parallaction” system however was ditched in favor of a more linear approach. The order of the three sequences is fixed and the characters do not meet with each other before the final act of the story. The pretense of being an examination of another culture was ditched as well – this time the game is an out-and-out parody of post-Communist Russia and of Russian stereotypes, with groan-worthy puns such as “Lenintendo”, “Leo Tallstory” and “Burger Czar”. All of the game messages are written in a faux-Cyrillic font, which causes confusion in whoever is actually capable of reading Cyrillic alphabet. The intro even ends with a parody of Battleship Potemkin with the three leads in bit parts (and Dino as the baby in the carriage).

Not only the new – for the time – consumerist lifestyle of rich Moscow people was mocked, but a number of other things as well, including the Italian video game scene of the early Nineties, with jabs at thinly-veiled magazines and Dynabyte’s competitors. The author avatars are still there (thankfully less creepy), as are the portraits of Asian people still rendered as crude caricatures. But this is part of the joke, presumably. 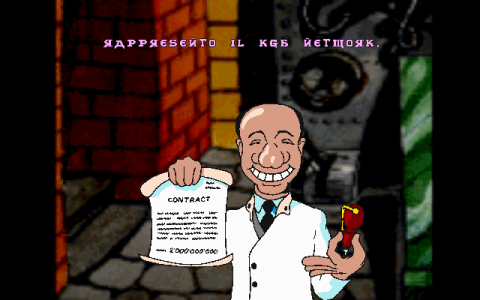 Yes, this game is Italian, why do you ask?

Also, with the departure of the original graphic artist, the visuals were totally revamped, switching from pixel art to scanned drawings that give an impression of the game being a Saturday morning cartoon. The sprites in fact have far more cartoonish proportions and features. The distorted, angular backgrounds seem heavily inspired by Day of the Tentacle. The music is still composed of public domain and original MIDI tracks, with spoken word only present for the narration in the intro. The interface however remains the same, as well as the characters’ attitudes – Doug is still a big nerd, despite being presented as “international thief”, Donna is still money-hungry and slutty, and Dino is still an idiot.

The intro is about a mad scientist named Doctor Virago who, with the help of several members of the former Red Army, wants to turn back capitalist Russia into Soviet Union by resurrecting Lenin’s embalmed remains (much like that gag from an episode of The Simpsons, that the game actually predates, though). Our “heroes” don’t actually meet him or learn about his plan until two-thirds of the game, when Donna gets kidnapped to become a guinea pig in one of Virago’s strange experiments.

This, by the way, is a detriment of the title, since without a clear direction of the story and the possibility of interaction with each other (the three leads just meet by chance on the Orient Express), Doug and Dino’s little adventures (Donna’s involvement is actually limited to a cutscene), with the former taking part in a quiz at “KGB TV” and the latter looking for a ship to go back home, just aren’t very interesting, and the puzzles feel like extremely long padding. Things get better when you finally take control of Donna to let her escape from Virago’s manor, with the help of the two other guys, but at that point the game is more or less finished, and the anti-climactic -if amusing- ending sequence does not help matters.

The three leads do not add anything new to the game. They weren’t deep characters even in the first installment, but at least their predicaments were more compelling and they started to grow on the player. Here they are just cardboard cutouts, with the possible exception of Donna whose only defining trait, sexiness, is turned up a few notches. However, even if sex sells, her new cartoony design is really not appealing in that sense and makes her look somewhat of a third-rate Jessica Rabbit. 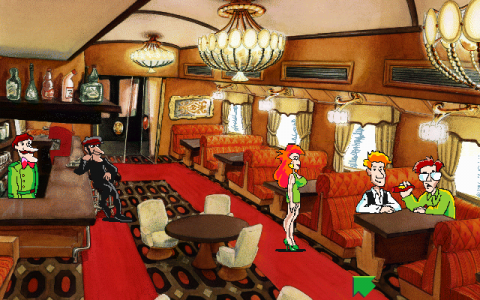 What did I tell you?

In the end Big Red Adventure is just “more of the same” despite the different art style. If somebody liked Nippon Safes Inc. then they would likely enjoy this as well, otherwise it’s not easy to wade through obscure puzzles, lame humor and heavy-handed satire just for a few good riddles. All the characters are extremely flat and stereotyped in appearance and behavior, more so than the populace of Tyoko. Beside the people embracing Western fashion at the beginning, Russia seems composed entirely of peasants, sailors, drunkards and circus performers, and some parts of the setting are most likely Italy under a different name.

At the very end you see the three D’s on a camel in the middle of the desert, when the words “THE END?” appear in the same faux-Cyrillic font from the rest of the game, which then turns into faux-Arabic writing. This, along with what a Gypsy fortune-teller told Dino halfway through the adventure, was presumably the foreshadowing of a sequel set in some Middle-Eastern region, a sequel that never happened because in 1997 Dynabyte was absorbed by another company before folding. 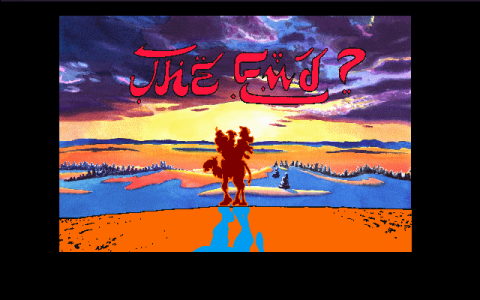 Links:
Mobygames Most of the images on this page are taken from there.