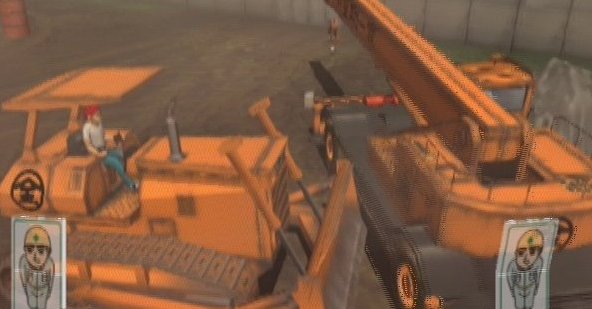 BCV, short for Battle Construction Vehicles, and known as Kensetsu Juuki Kenka Battle: Buchigire Kongou! in its native Japan, embraces that childhood desire for construction equipment to tear each other apart, bringing back that lost sense of childhood fantasy before your parents told you to shut the hell up. There’s an equally ridiculous plot behind all of this, wherein the main character tries to convince all of these skilled constructioneers to work for his company by beating them in duels, all rendered with the complex subtlety expected of a Shounen Jump comic. All of this wackiness makes sense when you realize that the game is developed by Artdink, the same funked up folks who gave you No One Can Stop Mr. Domino, amongst others, and was localized by Midas Interactive for Europe (and Europe only), who specialized in budget releases like this. 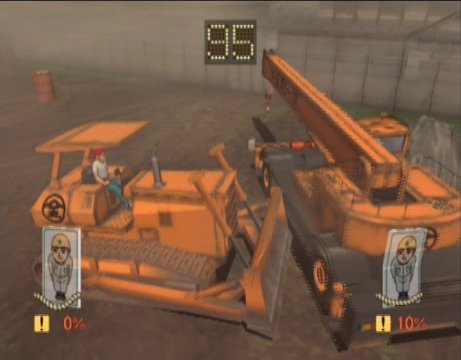 How does it play, though? Well…not so good. The construction vehicles control more or less like construction vehicles – which is to say, slow, clunky, and tough to maneuver. There are theoretically attack buttons – three of them according to the instruction manual – although they rarely seem to actually work, and when they do, they aren’t all that responsive. As such, matches just usually end up with the two vehicles ramming into each other at various angles and rubbing up against them, watching the damage meter slowly tick upward towards eventual destruction. There is a defense move, which causes a series of metal girders to mysteriously spike out from the ground and form a barrier around your vehicle for a second or so.

There are also special moves, which are incredible. Your character can summon bees or gigantic kendo swordsman to execute attack your enemies, because, why not? Executing these is pretty stupid, though, as they seem to be activated automatically after an indeterminate amount of time. When this happens, a small circle will appear around one of the vehicles – if the opposing vehicle gets caught in it, it’ll be subjected to a super attack, unique to each player character. Obviously, if you’re on the receiving end, the only thing you can do is back up, and keep backing up until the circle expires, and then wait for yours to pop up. 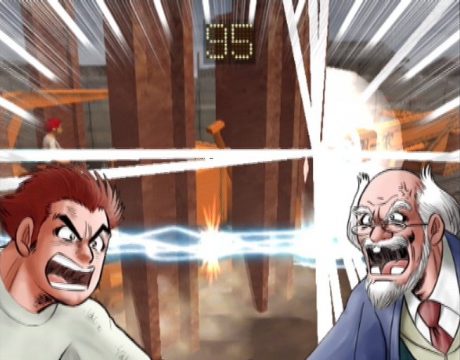 BCV is a pretty awful game – its genuine absurdity is uncomfortably balanced out with some really, really, dull action. At least its spurts of super weirdness justify its existence, especially the English version. There’s something undeniably sublime with reveling in HOTBLOODED BURNING PASSION delivered with British accents.