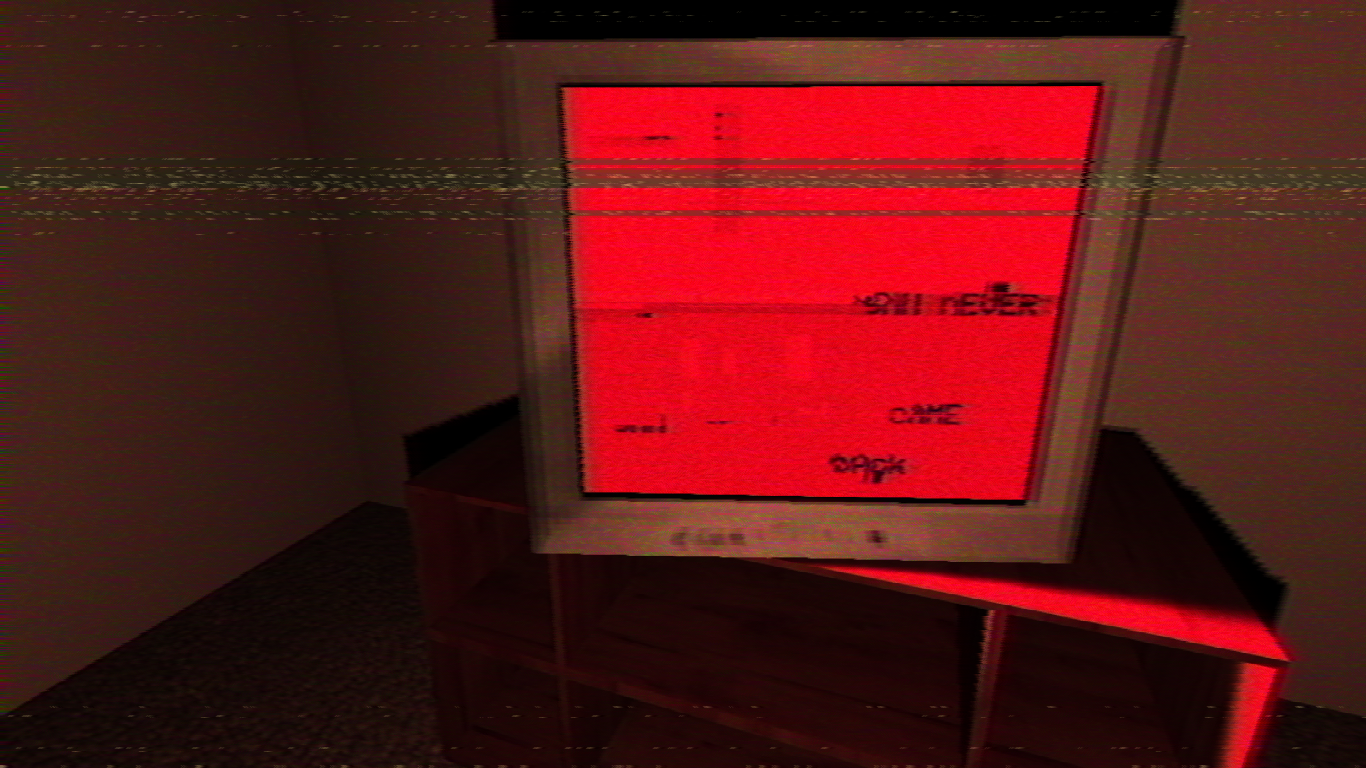 Kitty Horrorshow comes from the alt-games circle, an odd movement where games are built in all sorts of strange ways, ranging from using glitches in the art style to making it unclear what the game actually is. Her other releases are dead game worlds that feel like they exist without any interest in your presence in it, all playing into themes of cosmic horror, highlighting our true meaninglessness in the greater scheme of things. Her biggest success, however, is a bit more conventional, having a clear structure and familiar subject matter. At the same time, it plays with similar ideas as her other games, making ANATOMY a very special sort of horror experience that you definitely won’t get in a major release. 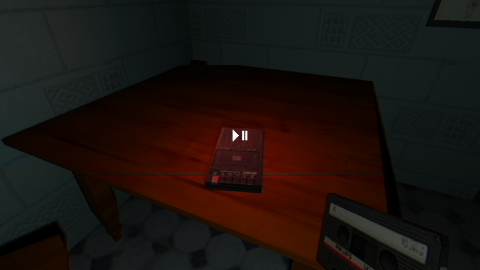 The game is covered in mid to low quality sprite textures and simple 3D models. The house you find yourself in so dark that you can only see what’s right in front of you. The whole screen is covered in VHS distortion, with a time stamp upon booting suggesting that you’re watching some old footage from a ’90s era camcorder. A tape recorder in the kitchen (covered in a foreboding red light) has tapes around the house you can put into it, playing scientific monologues about the human body and houses. You can probably guess where things are headed with that comparison, but how we get there is what makes ANATOMY stand out. 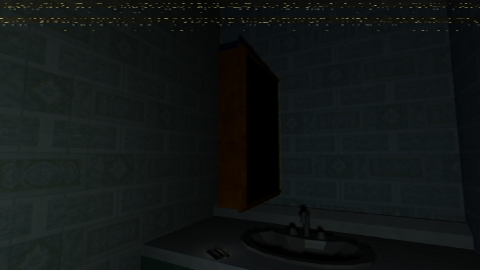 The game requires three playthroughs to truly finish, with the game crashing at a certain point during each run and launching back up with all sorts of new glitches and distortions, diving into body horror by the third run. It only takes about an hour to see everything ANATOMY has to offer, but the experience is paced perfectly, bringing a slow rise in dread the further it goes, mixing together a classic ghost story set-up with an eldritch twist and the surreal imagery of a game world glitching apart. Mirrors are half in walls, doors spawn in doors, lighting effects create shattered pixels on the ceiling, and so much more gives the game a mood few others can claim they have. The artifice is highlighted and made apart of the world, making you feel even more out of place than your average haunted house adventure. 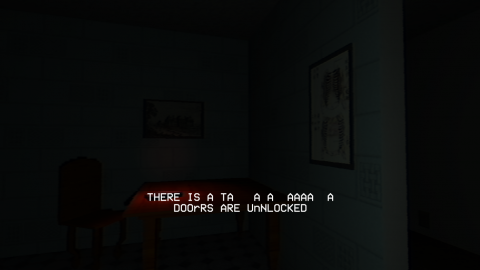 The game became a cult hit, word of mouth spreading fast with help of lets plays, and has given Kitty Horrorshow a bit of clout among the indie horror scene. It’s also dirt cheap and well worth playing if you want something spooky that takes the special quality of video games and weaponizes them into nightmare fuel. Just don’t play the game at night. Also, maybe don’t play it in your bed room. You’ll learn why.