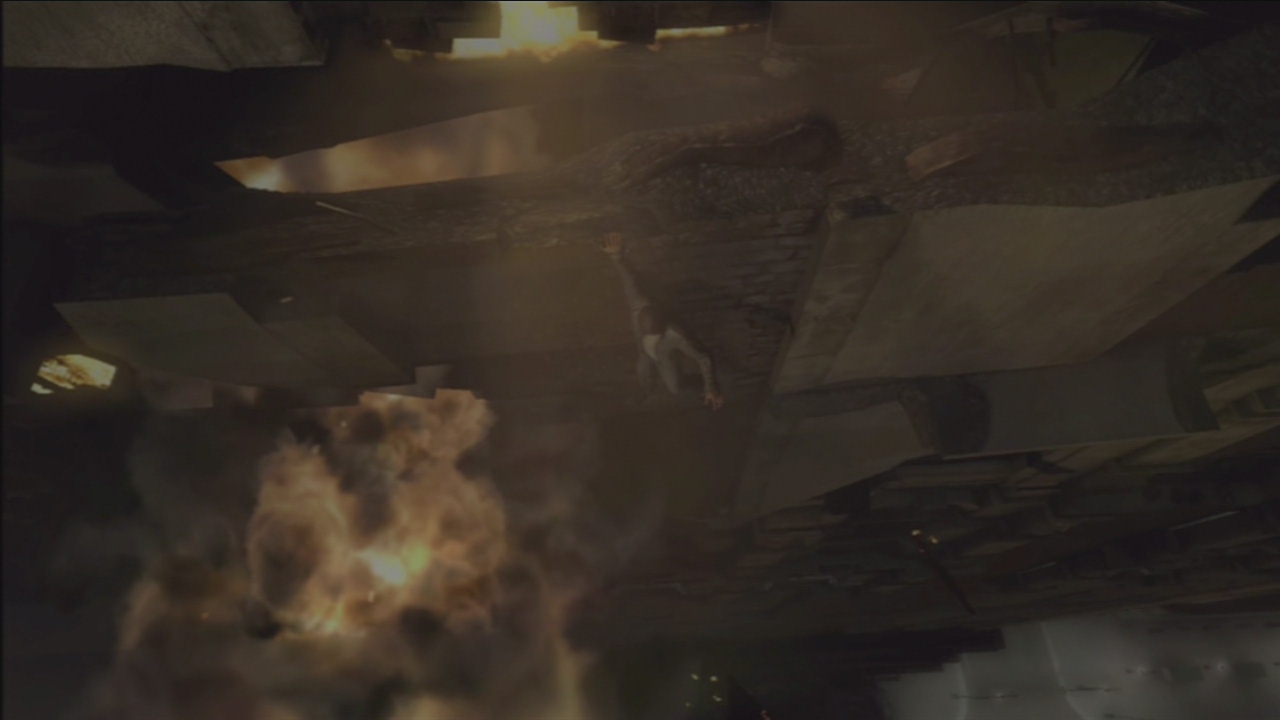 The next planned iteration of the Alone in the Dark series after The New Nightmare, announced in 2003 with the subtitle The Abductions by Computer Artworks Studios, was killed of quickly as the developer closed down, never amounting to more than a few rendered character concepts. Yet nothing seems to be able to really kill Edward Carnby for good. Resurrected once again, the well-loved investigator got another complete make-over by Eden Games. The Atari-owned team behind V-Rally and Test Drive Unlimited also created the underappreciated Kya: Dark Lineage on PlayStation 2. The newest Alone in the Dark was first announced in 2005 and at some point was supposed to bear the subtitle “Near Death Investigation,” but that was dropped by the time the game was released three years later. (What’s it with major French publishers creating a mess with identically named reboots in 2008?) 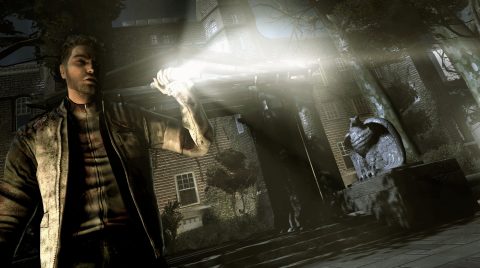 In an early build, Carnby was supposed to look like this.

At the beginning of the game, Edward Carnby is afflicted with the most common video game disease: Amnesia. He wakes up in a Manhattan building, beaten to a pulp and threatened to be killed by mysterious guys in trench coats. His only friends are the old man Paddington, who knows something about his past, and an art dealer called Sarah Flores. Soon the building starts to collapse, and a demon appears who seems to be behind the catastrophe. After a spectacular escape, Carnby quickly ends up locked in Central Park, chased by mysterious earthquakes and possessed creatures called Humanz. That’s not a joke, they’re really called that. In addition to the mutated people and animals, strange fissures race through the city as if they were alive, and if Carnby gets caught up in them, he’s in real trouble. He really needs all his wits to find out the mystery dwelling under Central Park, and the key to his amnesia. 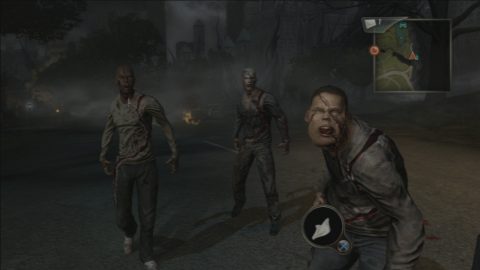 As far as screenplay quality is concerned, one might say by this point that the series is cursed. The protagonist’s origin story is once again rewritten, and all of a sudden it’s supposed to be the same Edward Carnby from the 1920s again, who has been kept young throughout a century through esoteric means. The story never ceases to amaze in its stupidity. Carnby, voiced by James McAffrey alias Max Payne, talks at best like a sociopath, swearing all the time for no apparent reason. The secondary characters don’t have a shred of personality, either. Kudos also go to the completely rushed and forgettable ending. 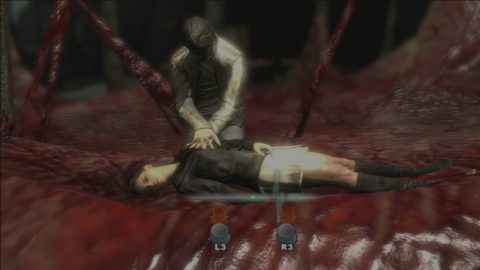 The gameplay has been redesigned from scratch, abandoning the classic survival-horror approach for a much more flexible over-the-shoulder view a la Resident Evil 4. While the game should feel like Mikami’s cult classic, it doesn’t: The camera is awkward and often much too close, and Carnby possesses the inertia of a lorry. The game also sometimes forgets the existence of analog sticks, requiring an additional button press to run. Fortunately, a first person view is available to offer much more precision during the shooting sequences. Still Eden Games clearly missed the call and moving around Central Park is downright painful. Strangely enough, coming from the developers of V-Rally, the frequent driving parts are horrible, as the car will usually get stuck on every bit of small rubble and the bumps created by the earthquakes. Oh, and the Humanz can jump on the car’s roof if you’re not driving fast enough, too. 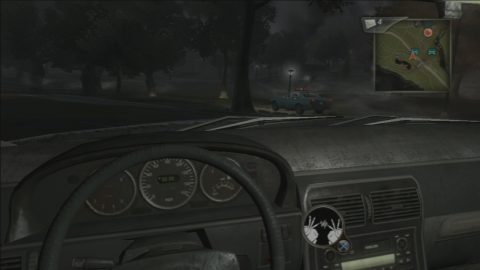 Still, everything isn’t gloomy in Central Park! Humanz can only be taken down with fire, meaning that bullets will only distract them. You’ll have to channel your inner MacGuyver to defeat them permanently: By picking up and combining various items (sprays, alcohol, tape), Carnby gets to create deadly weapons of fire. It’s probably one of the coolest features of the game. Since fire is made a pretty big deal, Eden created a fantastic engine to fulfill any secret pyromaniac urges. It’s even possible to use a broom to propagate a fire and burn down doors if one pleases. And of course Carnby carries around the good old flashlight to illuminate dark areas whenever there’s no fire source around. 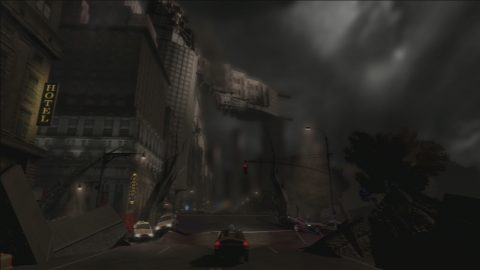 Pretty much any object can also be used as a melee weapon, similar to Dead Rising (only not as goofy). Most puzzles are either based on mixing objects or using the physics engine to your advantage, quite refreshing compared to typical contrived survival horror logic. Later a special power called Spectra Vision comes into play, which allows Carnby to see details like the enemies’ weak points when he closes his eyes. To increase the level of immersion, the whole game gets along without any on-screen interface; instead Carnby actually looks down his jacket to manage his inventory. In a special healing mode he also gets to apply various healing items directly on his wounds, which are counted separately for several parts of his body. 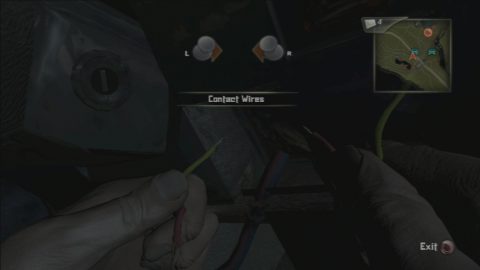 There are a few contextual micro-games, like short circuiting this car engine.

After the first missions force the player in a specific direction, later chapters quickly allow to roam free in Central Park. Like in GTA, plot missions can be accessed in specific places. While there isn’t much to do at first, the second part (much better than the first one) plays like a treasure hunt in the park. You need to burn dozens and dozens “roots of evil” (don’t ask), which are well hidden all over the playground. Some are easy to spot, others can only be destroyed through puzzles. It’s fantastic and redeems most of the usual drawbacks. 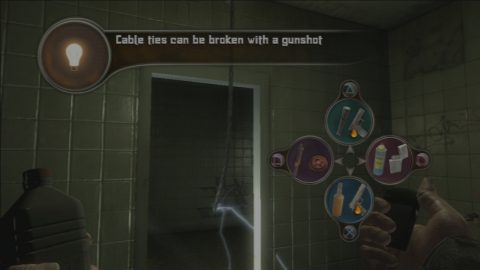 Once again, the audio is top notch, from the groaning of the Humanz to the environmental sound effects. Regarding the soundtrack, Olivier Derivier picks up the torch with flying colors. Collaborating with the famous Mystery of Bulgarian Voices, he created a unique choir-like soundtrack. Definitively a must hear. Like Alan Wake, the game inaugurated TV-Show narration with nice “previously on” at the beginning on each chapter, to establish a structure like in a TV drama. This isn’t pure pretense, as every chapter can be selected from the get-go, so one can skip as much of the game as one would like. 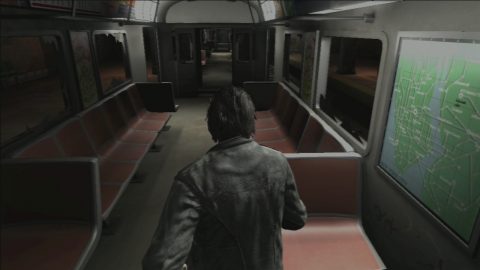 Finally, the eerie atmosphere coming from an abandoned Central Park allows Alone In The Dark to stand apart from the mass of generic horror games. Although this incarnation of the story was first available for PCs and Xbox 360 only, a PlayStation 3 version came out a bit later, adding Inferno to the title. It fixes most of the problems related to the controls and camera, and added a little subway level. This makes it the best version without a doubt. Unfortunately no one cared anymore by the time it came out. Eden Games had also promised to fix the earlier versions with a patch, but that never happened. 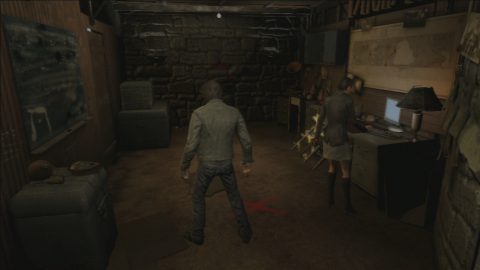