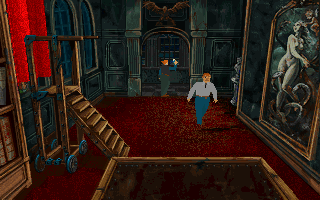 “Back to the basics” might be the best way to describe the final opus of the original trilogy: more puzzles, more exploration and less combat. In the end, this makes Alone in the Dark 3 the more worthy sequel to the original, despite the fact that it still used the exact same game mechanics and engine two years later. Since Franck de Girolami took Raynal’s example and quit Infogrames immediately after Alone in the Dark II, Christiane Sgorlon was made the “coordinator” (the credits don’t list a formal director) of the project. She also was in charge of the 3DO port of the second game, and who has since become an editor of documentary films. 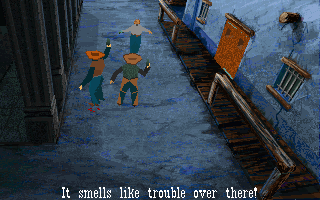 In 1925, after freeing Grace Saunders from the clutches of the immortal pirate One Eyed Jack, Carnby is still a penniless sleuth. Fortunately, one of the nabobs in Hollywood put him on a new case. A whole movie crew disappeared in a two-bit ghost town in the desert Mojave called Slaughter Gulch. To make things worse, Emily Hartwood (the second playable character of the first episode), now an actress, was among the crew, and so Carnby ends up in the middle of nowhere, trying to save her. Of course, the ghost town is actually filled with undead cowboys, ancient native American shenanigans and radioactive magical ore. Once again, Hubert Chardot wrote the screenplay. 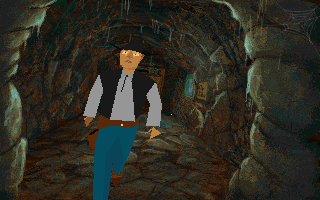 As explained before, Infogrames brought the series back to the adventure genre, and the combats sequences are thinned out and better distributed. Most of the undead cowboys you’ll encounter can’t be killed unless a specific puzzle is solved. A greedy desperado can only be killed by a gold bullet, for example. While the idea was present in the second game, here it is applied to almost every major enemy. There are numbers of fodder goons in between, but they’re usually met in favorable camera angles and go down rather easily. Alone in the Dark 3 is also the first game to introduce difficulty settings in the original PC version, and it’s possible to adjust Carnby’s health and damage, as well as the enemies’ health separately. The lowest setting effectively makes combat a non-issue; you’ll hardly even need healing items. 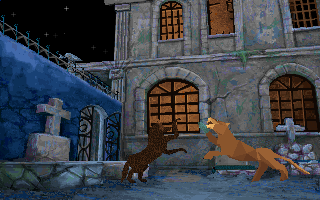 The puzzles themselves are quite enjoyable and interesting (once again the various documents found lying around give most of the clues), but still some problems remain. Slaughter Gulch is pretty vast for an old western town, but Carnby’s investigation is completely narrowed down to a very specific path. Going off the beaten tracks usually concludes with his death at the hands of invincible magic ghost pistolero twins – a brutal but efficient way to remind you of your objective. The other big problem is posed by the few platform sequences scattered along the way. Since the original game, it seemed crystal clear that the engine was not cut out for those, and age didn’t make them any better. 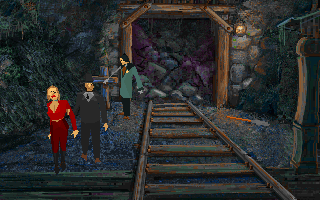 Carnby is also not truly alone in the dark, anymore. He meets several survivors who help him out, usually immediately before getting killed, and he is guided by an ancient native American shaman. The latter accounts for what is undoubtedly the most striking feature in this game, in a sense the second playable character: During his attempt to save Emily, Carnby gets killed by the villain and the shaman resurrects him as a mountain lion. It doesn’t last very long, but it’s a nice set-up since no villain will pay attention to him in this shape, and the lack of available actions forces the player to improvise. 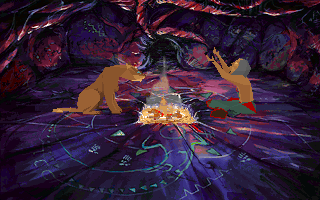 The music composed by veteran Infogrames sound designer Frédéric Mentzen is once again excellent, with a lot of creepy and eerie vibes. It really pushes the atmosphere forward, and remains probably his best work on a video game. This time the voice acting in the CD-ROM version is actually fun to listen to as well, as all the slideshow-accompanied exposition (accessed through coin-operated pianos) comes in rhymes and sounds quite funny. The rest of the voice work is still very bad, though. 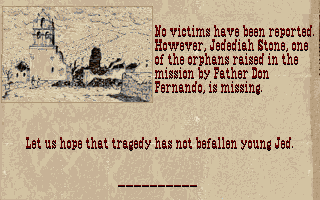 Alone in the Dark 3 was the least widely ported game in the entire series. Besides the original IBM PC version, only the Macintosh and PC-98 ports remained. In 1996, the game was released for Windows under the title Alone in the Dark: Ghosts in Town. Aside from the title change, it is identical to the DOS version, but produces timing issues on modern computers. It’s strange and unfortunate that only the weakest part in the series was ever ported to any mainstream home consoles. But if the timing of the second title’s ports is any indication, Alone in the Dark 3 probably wouldn’t have come out PlayStation or Saturn before the Resident Evil mania, and no one would have paid attention to the game anymore, anyway. 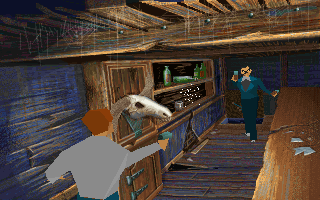