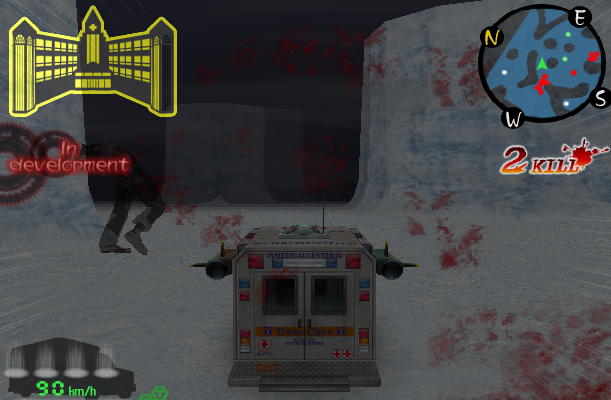 Zombie Virus‘s basic conceit is intriguing; as a medical student in a city where most of the population has suddenly turned into zombies, you scour the streets in an abandoned ambulance, searching for survivors to bring back to the hospital before they succumb to the disease. 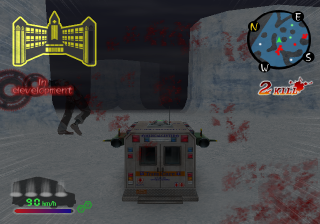 The setting is Sunlight City, a model city built practically overnight. At its core is Central Town, where the medical center is situated. The (unnamed) medical student and a female colleague happen to be in the basement, doing research in the archives, when it all begins. In the underground parking lot, they find a transistor radio on which they hear of the current events. They find an ambulance, too, but know they can’t use it to escape; Central Town’s four exits have been sealed off by huge emergency gates. All that’s left is to try and save as many people as they can, and hopefully find a way out… 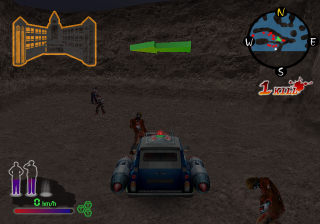 All of this is shown in the intro. Sadly, there is only the barest of plot development from that point on, up until a somewhat disappointing ending, in which unanswered questions are waved away with a bit of dubious philophizing. During the game, you’ll have to make do with an handful of micro-cutscenes around boss battles, most of which involve a creature first encountered as a gigantic worm and its subsequent evolutions. 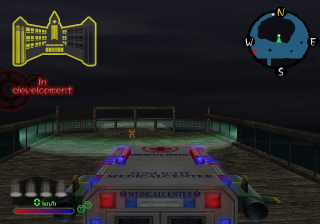 What takes the foreground, then, is the gameplay. There are five types of people to rescue, each of which have a specific function. The first three types are tied to the morale system. While you’re away, the hospital is under constant attack from zombies, and as the survivors fight them off, their morale goes down; if it reaches zero, it’s game over. The morale meter starts at 100; rescuing a civilian restores it by 10, cops boost it by 30 and soldiers increase your maximum morale by 10. Mechanics, meanwhile, are essential in that they can build new parts to upgrade your ambulance, and eventually new vehicles. Finally, for every 10 survivors rescued, a politician appears; one you’ve found the three politicians in a particular part of the town, you can move on to the next area, as they possess the keys necessary to unlock the emergency hatches dividing up Sunlight City. The areas around Central Town include a desert full of quicksands and rolling boulders, a frozen tundra, a forest area and a business district. Once survivors get in your ambulance, they are portrayed by hollow icons which fill up as their transformation into zombies approaches. Should you fail to take them back to the hospital in time, they will begin to attack you, and your only chance at staying alive is to eject them from the vehicle by crashing into buildings at high speed, a dangerous maneuver in its own right. There are a few items laying around in the streets that can provide temporary relief from zombification or fix up your ride, but they are used on the spot; you can’t take them with you. 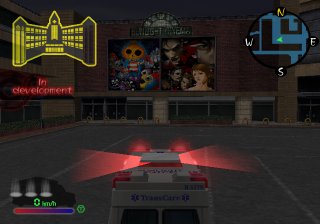 In addition to rescues, you must also make it your business to roll over zombies whenever possible. Back at the hospital, the survivors are following your actions through the transistor, and your success in crushing zombies lifts their spirits. The key is to rack up kills within a few seconds of each other; the longer you keep it going, the more Morale is restored, as a jarringly goofy voice cheers you on with shouts of “Good!” and “Fantastic”! This carnage serves another function: for each new part and vehicle you task the mechanics with developing, they will require that a certain number of zombies be killed. Whether it’s the encouragement they need or a loose measure of time passing is unclear. 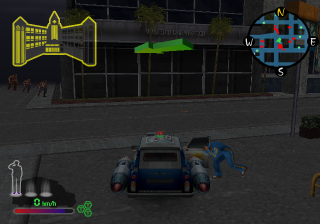 Parts often improve an area while downgrading another, so that you must tinker with your ride every now and then according to the situation. A high attack power is mandatory in order to rack up kills, but sometimes it’s more important to max your speed to get past obstacles and make it back in time. Better engines increase the turbo from one use per outing to three, while improving your lights means a more detailed radar/map, the most advanced model showing the locations of survivors, zombies and items. 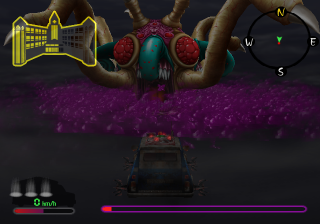 As for the vehicles, larger ambulances naturally let you to carry more people and hit more zombies at once, but they’re heavy, slow and cumbersome, while the cop car is light, fast and a lot more fun to. The driving mechanics are crisp and responsive, with a particular emphasis on drifting to get around tight corners. 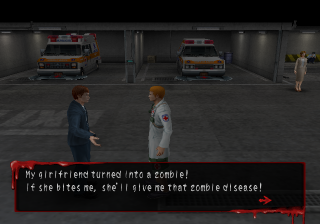 Finally, there’s the boss battles. While overly simplistic and sometimes a bit clumsy, they make for a nice break from the regular gameplay, and there is a primal satisfaction to ramming a giant monster at a high speed. The second boss is an exception – a long, uneventful battle against an undead war hero that likes to hurl grenades and fire machineguns at you as it hangs from high up on the walls, only vulnerable when it comes down to reload. 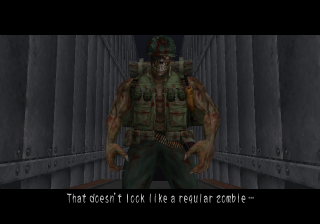 There are three difficulty settings to choose from. Playing on Easy essentially neuters the Morale system, which negates much of the tension the game relies on, resulting in a very dull experience. Getting started on Normal can be pretty rough, but things ease up once you get your bearings , and it’s definitely the way to go.

There is no denying the basic, repetitive nature of the game; once you figure out how to navigate a particular area and where survivors tend to hang out, you’re mostly just making trips back and forth. What makes it work are all the threats you must balance out and the sense of urgency they create, as well as the small and frequent rewards, like finding just the kind of people you wanted or completing an upgrade you’ve been looking forward to. There is also something engrossing to the feeling of cruising this dark, dead city in your ambulance to its suitably creepy, minimalist soundtrack. Nonetheless, it’s more enjoyable in relatively short sessions; play it too long at a time and you’re bound to start wondering about everything it could have been, had it benefited from more time and money. A fully realized narrative with character-driven moments, more complex and plentiful boss battles, more varied gameplay (it would have been great to be in charge of setting up the hospital defenses)… it’s easy to imagine. All that aside, it’s still worth a look for its relative uniqueness; it might sound like a cross between Crazy Taxi and Resident Evil, but in practice, resembles neither much. 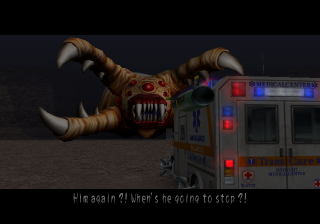 Zombie Virus was released in Japan and Europe; the latter version offers both NTSC and PAL modes. Finishing it unlocks an Attack Mode, which lets you perform specific tasks for high scores. Though the means are unclear, you can also unlock a Tank, which is predictably slow, large and deadly. It’s even equipped with a cannon that can fire an infinite amount of shells, completely changing the dynamics of boss battles.