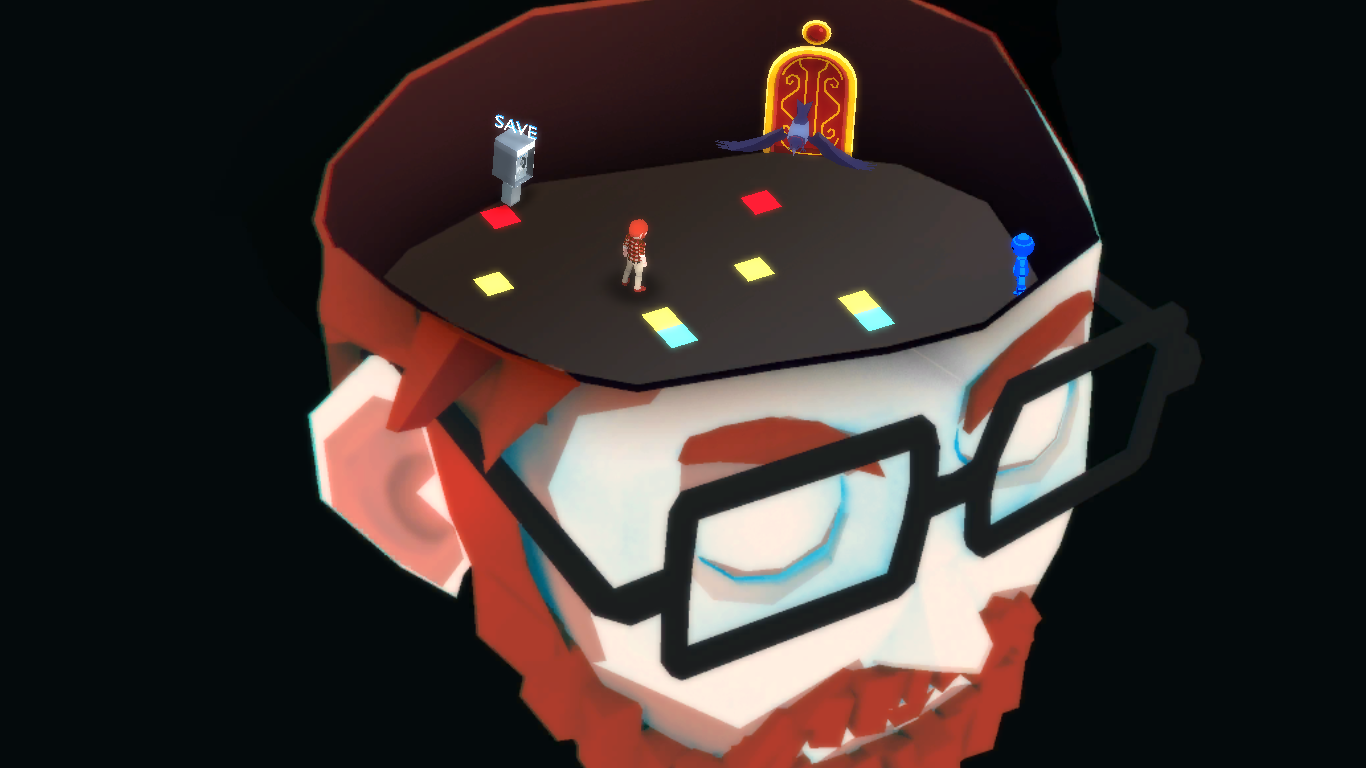 Disclaimer: Only after writing this review did the writer discover that the main character, Alex, was played by Chris “Kirbopher” Niosi, an internet personality turned voice actor with a history of emotional abuse. The writer felt this fact was important for readers to know before considering trying the game.

Sorry, but how else do you start an intro for a game this incredibly 90s? YIIK (as in Y2K, the developers just thought using roman numerals was cooler) is a 2019 JRPG taking place two decades earlier on the verge of the year 2000, as a now graduated liberal arts college student named Alex returns home and quickly finds himself caught up in some crazy stuff. He follows a cat that reminds him of surrealist painter Salvador Dali into an abandoned factory, somehow finds himself in a psychedelic alternate world, meets a strange girl named Sammy who doesn’t understand basic human society concepts, and then watches her get taken away by strange alien beings made of of the stars and cosmos themselves. After a proper freak out in his room for a long while, he eventually decides to do something, anything to find her. The adventure him and his new batch of friends go on makes that subtitle of “A Postmodern RPG” very fitting. 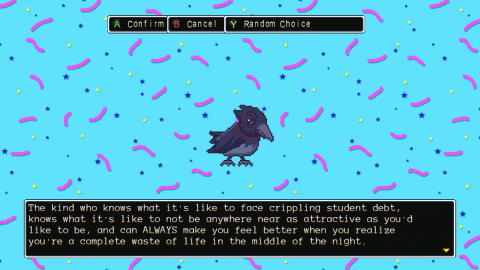 Postmodernism, in the barest of terms, is a movement based around rejecting supposed absolute truths people believed during the eras of the Enlightenment and modernism, embracing skepticism and questioning everyone you see or everything you have learned to find some sort of truth that isn’t being seen within absolutes. It’s an important concept for YIIK because it revels in this viewpoint, usually for the sake of creating existential dread and horror, both through the crazy alien sights and the real world pressures of trying to understand what it means to be an adult. It even does this by cleverly messing with your expectations, presenting creatures that wouldn’t be out of place in a game like Earthbound but switching the character perspectives from child to grown up. This results in a very different reaction, and instead of the game laboring on emotional truths and ethics, it instead shifts to a narrative of personal growth and trying to comprehend the sheer horrific truth of what it means to exist. Also, there are enemies who are called Poo that say poo when they attack you with their gross smells and you get to beat up all of the Teenage Mutant Ninja Turtles. 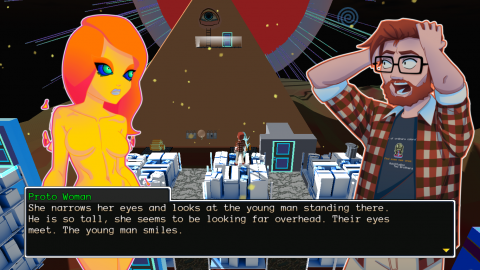 YIIK is a very goofy game that loves the sensibilities and style of the quirkier sets of JRPGs, including the Mother series and the Mario RPGs, complete with turn based battle systems that use inputs both on attack and defense. Every character you get has a different minigame for their given basic attack, and there’s even more variety in their special abilities. It results in a bit of steep learning curve, but you get enough time with them that it doesn’t take too long to get the hang to the ever increasing list of mechanics. There are also a few interesting curve-balls among your roster, including a later party member who’s perfect execution in a basic attack simply hits every enemy instead of one for regular damage, or another who has no attack, but can defend other party members from attack and swap their HP and rarely used PP for a quick heal. 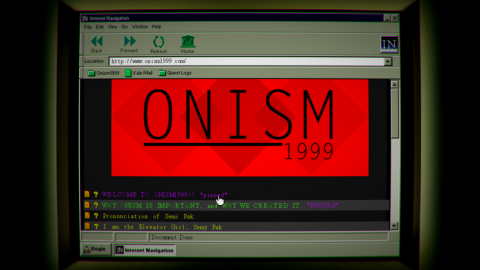 None of this is that new, but the game tries to set itself apart with volume and style. The actual amount of different minigames presented to the player through different skills is almost dizzying at times, and there are multiple different inputs for defending yourself as well, depending on the power of the attack being done against you. This is the game’s biggest weak point, as it makes it hard to go through in long chunks because of how tiring all of these inputs mixed together can be. Instead of simply pressing a button right before an attack animation finishes when on the defensive, you have to pay attention to three different types of bars that may or may not come up, which either require a new specific input, a certain rhythm of presses the bar doesn’t adequately highly early on, and a more simple bar that becomes tricky if you’re trying to get a dodge. When enemies start hitting multiple party members every attack later in the game, fights really start to drag, and you usually have to have these fights since so many of the dungeons are based around environment puzzles. Better to just get an enemy out of the way, but a fight with them, no matter your level or how much grinding you’ve done, feels like it takes forever once you reach the Wind Town sewers. The frustration of using skills or the defense inputs is lessened with the time bar, which lets you slow time to make an input properly, said bar filling as you take damage. However, that doesn’t exactly speed up the combat, which is an issue since so much of the game is based around grinding. 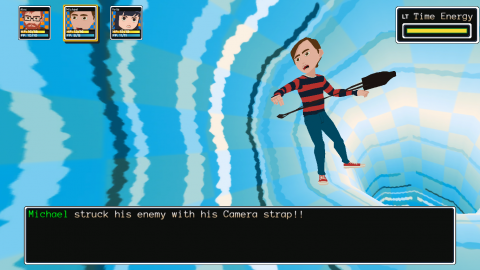 This isn’t game breaking, though. The game wisely has a set number of encounters in each area, so you won’t constantly be fighting monsters over and over. This system also makes boss battles really engaging, each boss having different gimmicks and mechanics you can work around with different abilities and strategies, requiring understanding of the variety of skill minigames to win. At the worst, battles get to be a slog, and at the best, they’re incredibly engaging and keep you guessing, tossing out the idea of an easily abused optimal strategy. The rest of the heavy lifting comes in the aesthetics and writing. 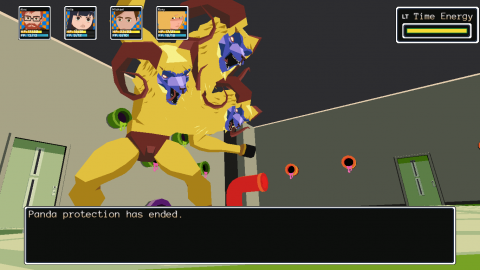 YIIK‘s art design is brilliantly inspired. The entire game is filled with abstract mixtures of shapes and colors, creating an energy to every area unique to it. Small details populate the world, from the grainy VHS close-up shots at the pawn shop to the changing camera angles during mind dungeon segments. Even when you’re not in warped areas or mind dungeons, the real world have a very off look to it that uses slightly poppy comic colors and has a lot of obvious videogame artifice. The character portraits for the VN and Persona style dialog scenes are all expressive and lively (though there seems to be a lack of variants at times that makes a few dramatic scenes feel off when matched with the voice acting), while the in-game character models have a certain ugliness to them that makes all these characters feel real and relatable, because everyone looks very, very tired. 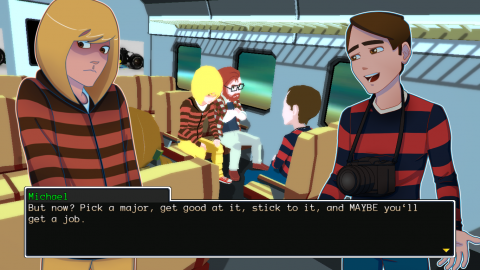 The main story itself is a mixture of surreal cosmic horror and mundane, realistic worries, with characters both very concerned over missing person cases and supernatural madness, but also equally consumed by the need to pay their bills, move past a personal loss, come to grips with their own personal shortcomings, or just with the daily reality of being a minority. A lot of time is spent with Alex monologing to himself, showing just how terrible a person he is and his awareness of it, trying to figure out why he’s become like this and trying to be a better person for the sake of all these amazing people he’s met. It’s painfully familiar, and the game goes to some very real places you wouldn’t expect, including Alex’s sheltered, very white life leading him to making accidental microaggressions early on. One of his biggest conflicts is trying to figure out how to be an adult and find a job, wanting to be someone he can actually like as another part of him keeps making him say and do self-destructive things. It’s all incredibly well handled, writing a truly mature story that also isn’t afraid to include a scene where a grown black man goes on a very long fan charged tangent about his favorite magical girl show. 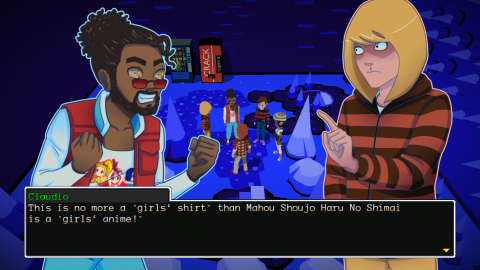 It’s a sugar covered apocalypse tale, one where people have to come to terms with a heavy truth and find their own personal fulfillment in the face of new responsibilities and their own cosmic smallness. It’s also really funny and outright bizarre at points, including an unnerving little scene where it draws a parallel between the missing Sammy and Aerith’s death in FFVII. It keeps you guessing and portrays scenes as moments within the emotional state of a character, blending the real with perspective. It’s all very well done, even using original songs as major plot elements. Said soundtrack is masterful, filled with guest composers, including Toby Fox and Hiroki Kikuta, the Secret of Mana composer. There’s even a track in there that’s clearly a remix of “Every Day is Night” from VA-11 Hall-A (with Jill even getting a cameo). 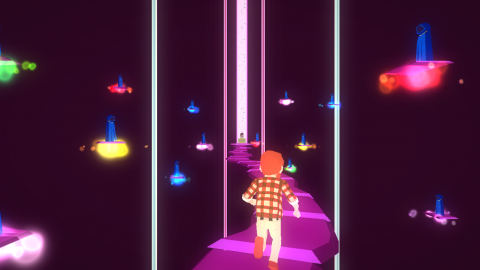 It’s a combination of the basic style of the Mother games, the battle systems of the Mario RPGs, music from countless talents, and a narrative that plays with both video game norms and real world social realities. YIIK becomes something truly special once all its weird parts come together, all complimenting each other even as they blatantly contrast, resulting in one of the freshest JRPG experiences in years. Newcomers to the genre may have some trouble with the battle system and its slower pace (though it only comes it at 25 to 30 hours), but if you have some experience with these types of games, you should absolutely try it.