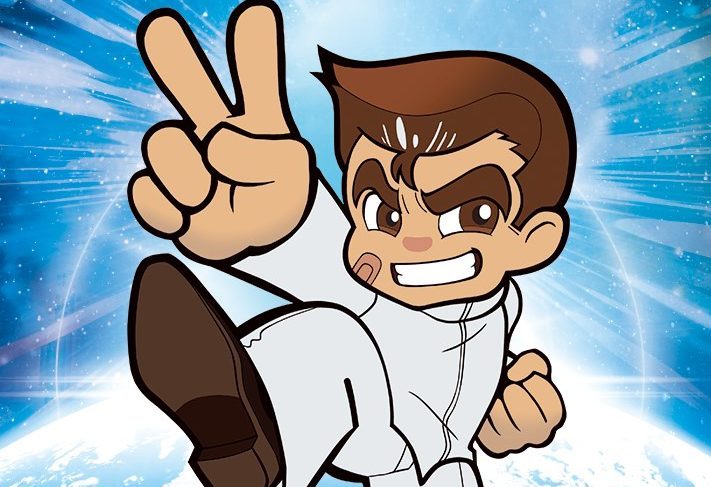 We’re finishing up HG101 Presents The Guide to Beat-Em-Ups Vol. 1, which focuses on the works of Technos, Capcom, and Konami, plus Sega’s Streets of Rage. One of the most important franchises in the genre is Technos’ Kunio-kun series, originally localized for the West as Renegade, and its offshoot, Downtown Nekketsu Monogatari, localized as both River City Ransom and Street Gangs. There’s actually a fairly complicated chronology behind the series, something that most English speakers probably aren’t aware of, even though it played a big part in 2019’s River City Girls. Let’s explain! 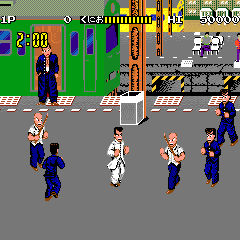 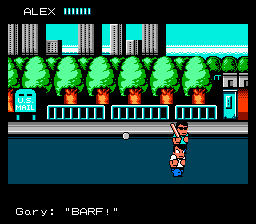 So there are two main subseries in the Kunio-kun franchise. The first one is the “Nekketsu Kouha” line. (This translates to “Hot-Blooded Tough Guy”.) This begins with the original arcade game (plus its 3DS remake and side story Riki Densetsu, both released only in Japan), and continues on with the Game Boy title, Bangai Rantouhen (localized as Double Dragon II, completely different from the arcade/NES Double Dragon II), the two Super Famicom titles Shodai Nekketsu Kunio-kun and Shin Nekketsu Kouha: Kunio-tachi no Banka, as well as the 3DS game localized as River City: Tokyo Rumble. These include characters that were in the original arcade game, including Hiroshi (the kid that gets beaten up at the beginning of each level), and bosses like Misuzu, Shinji, and Sabu. These games’ stories are also on the dark and serious side.

The second subseries is “Downtown“, which began with Downtown Nekketsu Monogatari/River City Ransom, and basically includes almost all of the games not mentioned above, including some (but not all) of the many, many sports games. While Kunio and Riki are still the main characters, these mostly feature other assorted members in the various schools. There are other secondary characters that are shared between the two series, though their roles are slightly different. These games also tend to be more comical. 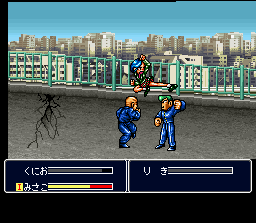 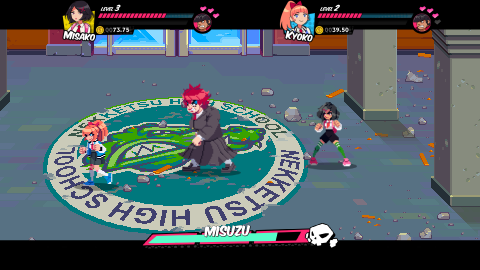 Then there’s River City Girls. Wayforward integrated a bunch of other Technos properties into this game, including Double Dragon (which has begun being featured in the 3DS Kunio games) and even The Combatribes. It’s mostly based on the Kunio games rather than the localized River City names despite some oddities, i.e. the main high school is referred to as both River City High and Nekketsu High, even though River City High was the English name of Reiho Academy in River City Ransom. However, at the outset, it’s not initially clear which of the timelines the game takes place in. This is important because Misako and Kyoko, two characters featured heavily in the second SFC game, Kunio-tachi no Banka, were dating Kunio and Riki in the Nekketsu Kouha timeline. But in the Downtown timeline, they’re just secondary characters, while Kunio and Riki are actually dating Mami and Hasabe (Roxy and Cyndi in River City Ransom – Mami is the one that’s kidnapped in that game, while Hasabe is the girl that meets you on the bridge).

This is where River City Girl‘s ending gag comes into play – it’s initially unclear which timeline the game takes place in, but it’s revealed to be the Downtown line, where Mami and Hasabe are indeed dating Kunio and Riki, while Misako and Kyoko are just revealed to be somewhat delusional stalkers. When fighting them in the secret boss battle at the end of the game, they even make a joke about how Misako and Kyoko were only dating them in a 16-bit game that was never released in America. The “girls rescuing their kidnapped boyfriends” was such a well-loved subversion that the Western audience really dug out, only to be incredibly disappointed when it’s revealed they were never their girlfriends at all. 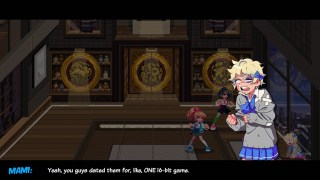 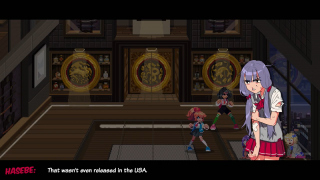 It’s a weird meta joke since it only makes sense for those familiar with Kunio lore, regarding games which weren’t even localized, something a vast majority of its audience wouldn’t even understand. It wasn’t even technically correct – while they were extremely minor characters, Kyoko was dating Riki in Tokyo Rumble, which was localized, even if most Western gamers probably didn’t play it. Wayforward received such backlash that they patched in a whole new second ending for those who beat the secret boss battle, a more straightforward ending where Misako and Kyoko were legitimately dating Kunio and Riki.

Incidentally, in Japan this game is called Nekketsu Kouha Kunio-kun Gaiden: River City Girls, even though the story doesn’t really follow that line. However, the Game Catalog Wiki entry on the game makes note that many of the folks act wildly out of character – Mami and Hasabe are more normally typical sweethearts than the mean girl duo this game portrays them as – something which English speakers wouldn’t even care about. 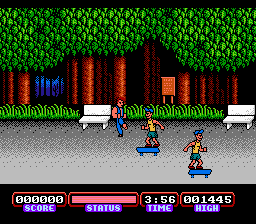 The series also branches off slightly thanks to various localized versions. Nekketsu Kouha Kunio-kun was localized as Renegade, and most of the characters had their names removed, save for the protagonist, who was renamed Mr. K in the NES version cutscenes. In Europe, the Renegade series continued with Target: Renegade (released for computers and the NES, the latter also released in the USA) and Renegade III (only for computers). The characters are of such little importance – most refer to the protagonist only as “the Renegade” – that any series chronology isn’t worth mentioning.

But then there’s River City Ransom, where all of the characters were Americanized (Kunio became Alex, Riki became Ryan, etc.). The GBA remake, River City Ransom EX, was sort of a combination, keeping the Japanese graphics but maintaining the localized names. However, the Western developed PC game River City Underground is actually a sequel to River City Ransom and completely ignores any of the other Kunio games.

However, the recently announced River City Girls 2 includes a teaser images with two new characters – these are most likely Marian (the kidnapped heroine from Double Dragon, who appears as a shopkeeper in the first River City Girls) and Provie, a character from River City Underground, technically bring THAT localized chronology into play. At this point they may as well bring in Alex and Ryan as totally different characters from Kunio and Riki because why not? Wayforward also announced that they’d be localizing Kunio-tachi no Banka, the SFC game that Kyoko and Misako co-starred in, as River City Girls Zero, seemingly with a frame story that sets it up as a prequel. 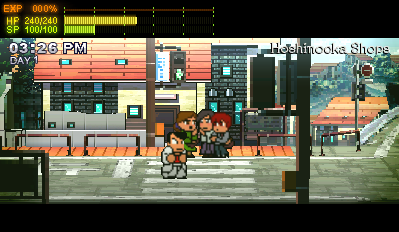 Also, the 3DS game localized as River City: Rival Showdown is called Downtown Nekketsu Monogatari SP, meaning that it’s actually a remake of the original River City Ransom. But this only applies from a story perspective, because the actual game is 100% different. The original River City Ransom barely had a story, so why bother, one might ask? Because subsequent Kunio games did have a stronger plot, and the developers were merely bringing up that part of the story to more modern standards. They did the same thing with the 3DS remake of Nekketsu Kouha Kunio-kun, which takes the storyline of the arcade game, and expands it in the style of other titles. 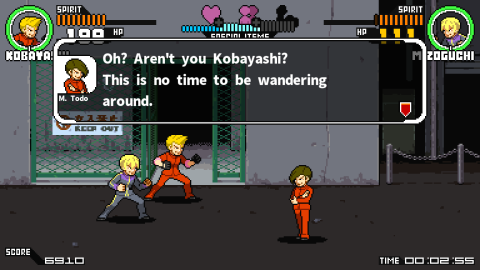 The treatment of the series is such a mess because most of the English speaking audience only knows (or cares) about River City Ransom, while the Japanese audience has something like 20+ games of characters and lore to follow, so their understanding of the story is much different. River City Girls kind of unifies it, but does little to explain who any of the characters are – for example, the second boss, Yamada, is meant to be Slick/Simon, the main boss from River City Ransom. Weirdo Godai was another boss originally named Tex. This issue even bleeds to other games – the 2019 spin-off Stay Cool, Kobayashi-san! stars a character (obviously) named Kobayashi, who was named Thor in River City Ransom. It’s all pretty confusing, but the HG101 Presents The Guide to Beat-Em-Ups Vol. 1 will help to sort everything out!