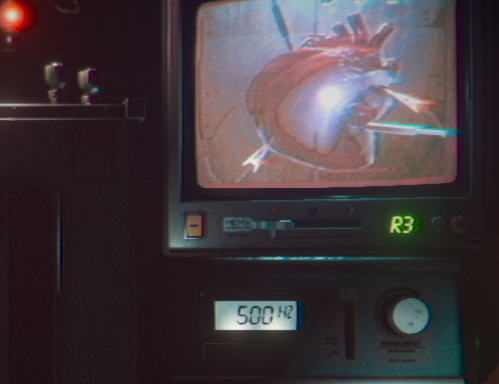 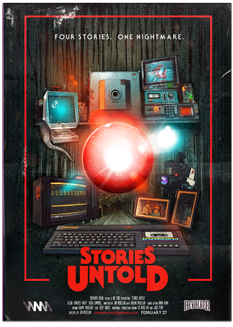 Remember old anthology shows like The Twilight Zone and Tales from the Darkside? Those TV series that told sci-fi and horror stories with ironic twists nearly every single episode? If you like those, you’ll probably love Stories Untold – even if it’s not exactly that. Also, if you like text adventure games, you’ll definitely love this – even though, once again, it’s not exactly that. Stories Untold is probably the single most experimental thing Devolver Digital has ever published, a part text adventure, part undefinable adventure horror game divided into four episodes, each with their own story to tell – sort of.

Each episode casts you in a different role and has a different set of mechanics. The first episode is a straight up text adventure, as you load up a game on tape in a 1986 computer called The House Abandon and play through it. The second episode has you doing some sort of experiment in a lab somewhere, while being in the dark on the details. Episode three has you sending out morse code messages as two co-workers in other stations chatter and try and figure out what’s going on out in the blizzard. As for the forth episode, it uses elements of the past three episodes for a finale I dare not spoil. 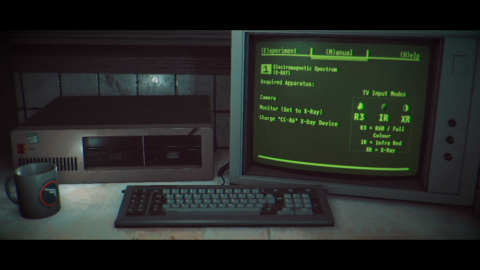 The entire game is presented exactly like a TV show, complete with a snazzy intro sequence and ending credits for every episode. The soundtrack is done with a heavy focus on synth, and its used masterfully to create each episode’s atmosphere. The graphics are also particularly notable for the sheer amount of detail they pack into the few screens you’ll look at. With the lack of mapping for a game like this, No Code managed to make every small space feel as lived in and detailed as possible, with episode three even having a radio with both dial and multiple frequency adjusting buttons. The one major difference that makes this only possible as a game is that a first person perspective instead of third is used, and the small acts performed to build tension and interest are performed by you.

Episode one is easily the strongest of the first three, mainly because its using the most game familiar format. The entire episode is played on a screen as you watch the character you control play the game on his computer which you are playing by controlling him (see the dead Yo Dawg meme for a more simplified explanation). The first half of the episode is a surprisingly slow, breezy segment, as you explore the character of that game’s house and learn more about them. The first half ends when you enter that character’s room and find… 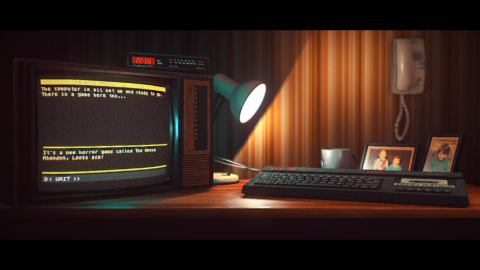 Once the second half of the episode kicks in, the game starts showing its true colors, drawing the player in with a nice few minutes to toy with them with familiar settings described in new darkly ways, and then cementing fear with an alarm going off and the character in the game within a game saying in narration that he hears the alarm too. Every episode follows a similar formula, with a simple first half to do some simple tasks while getting hints at the full context, only for he second half to throw a whole mess of unexpected lunacy at you. Episode two is the most blockbuster of the first three, while the third manages to throw out one hell of a twist that contextualizes the entire game in a new way. Episode four handled the rest, and while the direction it goes in is a bit predictable, especially if you know horror tropes, what it ultimately ends up doing is vastly more interesting and engaging than it probably ever had any right to be.

Stories Untold is not a particularly deep game from a narrative stand point, but how it delivers that narrative is done with near mastery of two mediums. This is a truly cinematic experience in terms of how everything is framed and how information is delivered, but the need to interact with the game, even in such small ways, forces the player to draw themselves into the scenario. Thus, when the horror twist comes in, it’s incredibly effective, with episodes one and four making the best use of the formula. 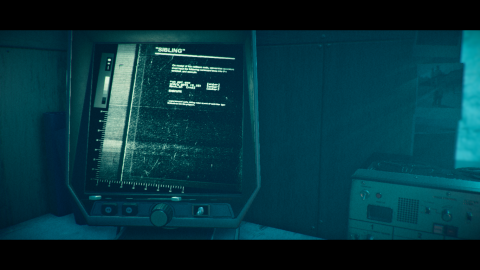 Unfortunately, the game is held back by minor issues. Knobs are confusing because of how slowly they work, and it’s not clear you have to raise your cursor as high as possible for the thing to turn fast enough. While functional, it’s awkward because it pushes the camera too high up. Episode three also grinds to a halt with the microfilm files, as it takes forever to look through the pages to find the information you need. The few walking sections that pop up in episodes three and four also result in both massive slowdowns and some confusing placement of important items, due to the game initially being build for a stationary experience. There are a few small moments here that drag the game down a bit because the mechanics are too simple for free view and many necessary interactions aren’t in the middle of the screen, or even near it. Episode three’s walking part also has a lot of issues with crashes, so you may need to play that part on lower graphical settings.

However, these issues are ultimately minor in the face of something so original that manages to accomplish so much in the process. There are moments in this game that will burn themselves into your mind and never leave, with episode one having one of the most perfectly built scares in gaming history, done almost entirely without noise. Stories Untold is basically the modern day, big budget (comparatively) text adventure title nobody knew they wanted, and a brilliant bit of evolution for the genre. And seriously, kudos to Omar Khan for the incredible score, especially the final track “Utterly Consumed By It.” It’s like the 80s version of an original trilogy Silent Hill track, and it is suffocating in the last episode. Hopefully, Stories Untold will end up being a significantly influential title, because it certainly deserves that honor. There’s really nothing else quite like it.