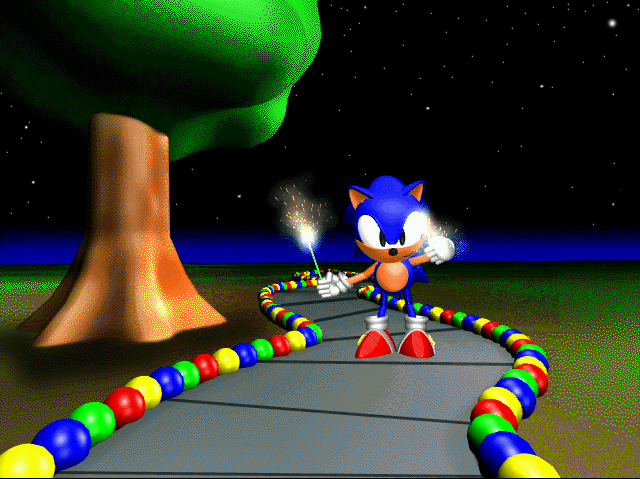 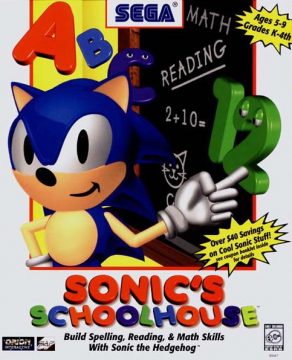 It might not be entirely fair to single out an educational game for this sort of article. It’s entirely fair, however, when you slap in a once beloved character like Sonic the Hedgehog into a bare-bones edutainment title that will offer neither education or entertainment of any sort. In the time between the Genesis and the Dreamcast, it seemed like nobody had any idea what to do with Sega’s mascot, including Sega themselves, thus offering the only explanation on how this came to exist. It should be noted, however, that this is not the first attempt at a educational Sonic game. Before this, we had Sonic’s Edusoft, a cancelled Master System title brought to you by Tiertex, masters of butchering your favorite Capcom franchises.

In Sonic’s Schoolhouse, you don’t play as the hedgehog himself, but instead a poorly-rendered cartoon animal that Sonic has presumably abducted to “play in his schoolhouse”. Sonic, as far as we’re all aware, has never had any formal education, making his sudden interest in schooling children more than a little sinister. Sonic’s pretty much everywhere in the game, from the menus to having multiple copies of himself following you around at all times in the game itself. Every time he speaks, he’ll attempt to explain things to you in a voice so nasal and high-pitched that it could make Jaleel White sound like James Earl Jones in sheer comparison.

The game itself takes place in a first-person view, rendered in an engine that’s only barely above the Wolfenstein 3Dengine by virtue of having floor textures. What you’re supposed to do is look at the many blackboards across the walls, look at the question they asked, find the letter or number bouncing around, and then bring it to that blackboard. This is all you ever do regardless on if you’ve chosen Spelling, Reading, or Math. You probably won’t notice much of a change in difficultly regardless of whether you’re playing on Kindergarten or 4th Grade level, either. It’s not even really that educational, either, so it fails there, too. 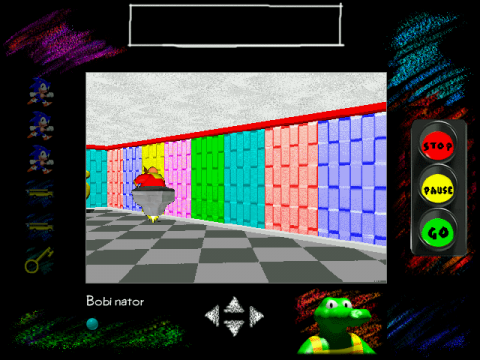 Any kid playing this might learn basic pattern recognition, but that’s about the only useful skill they’ll get. Exploring the levels more thoroughly will let you find two types of tokens. Sonic tokens let you play in the schoolyard, which brings you to two pretty simple minigames. School bus tokens take you on a “field trip”, where you get to watch Sonic drive a schoolbus like a maniac, along with badly dubbed stock footage of different animals. The only real goal in the game is to answer enough questions that you fill up a gumball machine, which gives you a certificate you can print out. Hardly a reward on the level of getting all seven chaos emeralds.

The Sonic connection, aside from being constantly followed around by the blue rodent, is tenuous at best. You’ll find Sonic art plastered across the walls, and Dr. Robotnik shows up in the levels to make things a little tougher. You think he’d try to capture you, since you’re a defenseless cartoon animal, but he’ll instead just take whatever answer you’re holding. Looking in the game’s data files, however, explains everything, showing that the game once starred a CGI cartoon clock instead of Sonic.

Normally, a substandard edutainment game like this would be below anybody’s notice. It’s the rather cynical attempt from Sega to tie it in with their mascot that the scorn for this particular game should lie. More than that, it fails to educate, it fails to be particularly entertaining, and it makes absolutely no use of its license. If you happen to have a child who has some unexplainable urge to learn spelling and math from a cartoon hedgehog, buy them one of those Leapfrog handhelds instead.