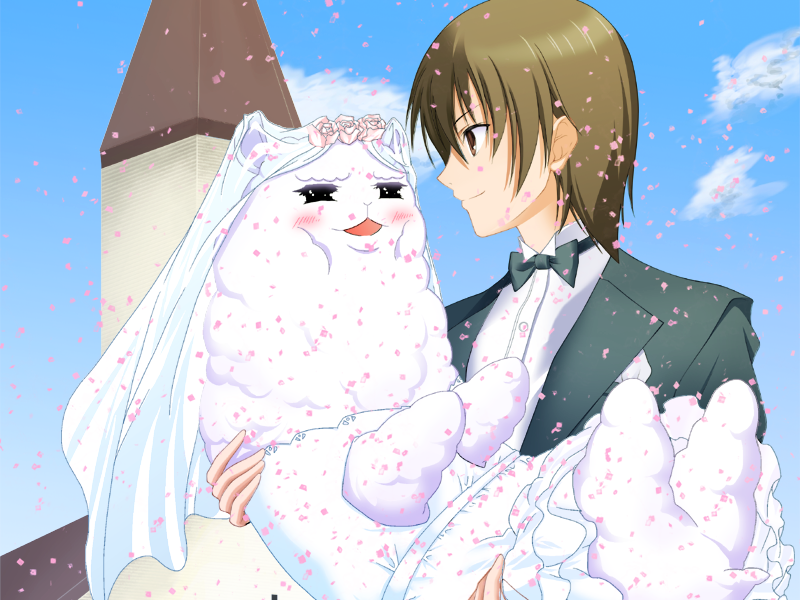 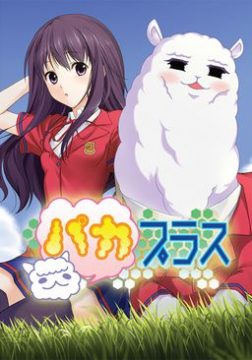 f you’ve been on the internet long enough, then you’ve probably heard about Hatoful Boyfriend. The pigeon dating sim has gained mimetic status, though actually finding similarly ridiculous dating sims not made by Western developers has proven difficult. Dating pigeons is hard to top. It may just be that translation for these titles is slow, because it took PacaPlus, a game originally released thirteen days after Hatoful Boyfriend in 2011, six years to get an English translation. What’s notable about it, though, is that PacaPlus isn’t the same sort of lunacy as Hatoful Boyfriend. It’s a surprisingly normal story.

You know, in where you date an alpaca. 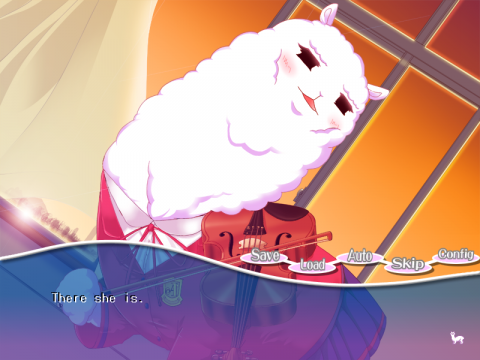 Kazuma Saeki is your average student with a part-time job at a cafe, with only one notable skill in the form of coffee foam art. He only has two real loves in the world: His girlfriend Yukari Izumi, and alpacas. He really, really loves alpacas. He loves alpacas far too much. It’s weird. He’s very weird about this. Thankfully, Yukari shares that same love for the furry creatures, and the two spend a day at an alpaca petting zoo called the Alpaca Kingdom. On the way home, though, Kazuma sees something weird. He wakes up, looks at his girlfriend… and she’s an alpaca. 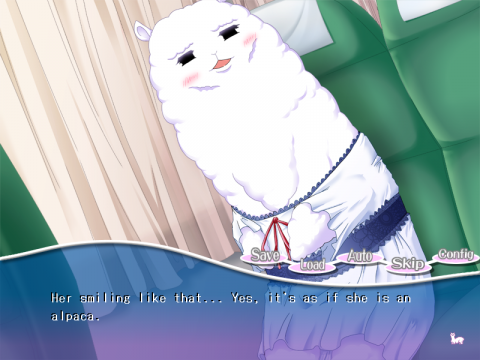 Thus the story truly begins, as Kazuma starts seeing Yukari as an alpaca, but everyone else sees her as human. He starts wondering how he should handle the situation and studies his girlfriend’s new fluffy form to try and figure out what in the world is going on. Shenanigans ensue. Where Hatoful Boyfriend was ambitious in its humor, even having weird story cul-de-sacs revolving around a murderous doctor bird, PacaPlus treats itself like a by the numbers anime comedy. It’s the sort of story they’d toss in as filler during a long running shonen anime series so the kids don’t get bored of the constant screaming and explosions. The only jokes present revolve around the stock archetypes that define the four names characters, and one of those characters lacks a joke to go with that personality.

Kazuma is a normal guy who’s secretly a weird doof, going nuts over the concept of “alpaca.” He’s either being a by the numbers narrator, or having a moment where he just goes into alpaca mode and tries acting normal again to little success. Yukari sticks pretty closely to the clumsy childhood friend archetype, only made interesting once she goes into alpaca form because there really is something inherently amusing about seeing an alpaca wearing a Japanese school girl gym uniform. The game also goes out of its way to have Kazuma make note of how this form uses hooves to do human tasks, though the joke eventually wears old. They’d tire out their welcome if not for the game’s swerve into genuine character drama, giving an unexpected explanation for why Kazuma sees Yukari as an alpaca (assuming you don’t end up marrying her as an alpaca). Their respective arcs are been done but well executed, especially Yukari’s frustrations with her efforts not paying off as she wants. 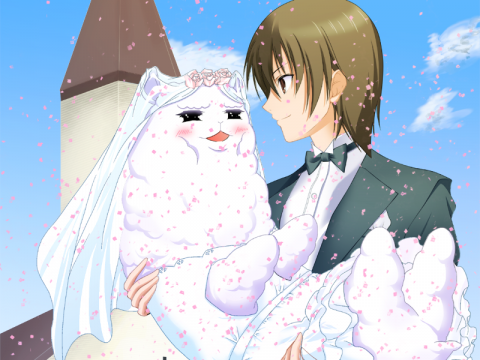 It’s good these two work, because their friends don’t add much. If you’re shocked to learn that the class president character wears glasses and is a conniving, greedy girl who uses everyone around her with almost terrifying efficiency and the inability to hide her excitement at financial gain, you have clearly never played a visual novel or watched an anime before. Kazuma’s boss isn’t much better either, as he doesn’t really have a personality beyond wise old guy. He’s a good person and helps move the story, but that’s about it. He’s just a means to an end.

The choices don’t help much either. Instead of making an interesting web of decisions, PacaPlus has just a small handful of decisions with very vague meanings. The first choice you get decides what of the three endings you can get, and the third cements it. The second is just a trap, as declining Yukari’s date leads to a bad end every time. What’s frustrating and pads the game is that these choices are far apart, and the first choice is just a series of dialog options with roughly the same meanings. The idea is that it’s trying to decide what Kazuma’s emotional state is, but there is almost no dialog change until the third choice, no matter what option you pick. It really is just these two choices that decide everything, as what’s left is either a choice or doesn’t matter at all. 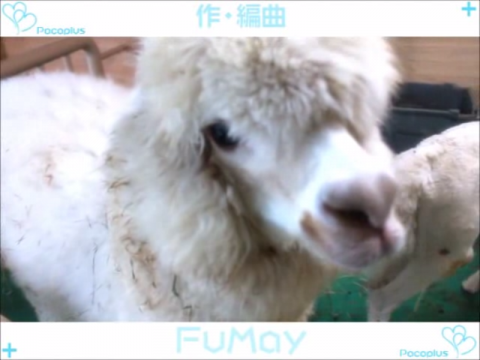 PacaPlus is a game that has to survive on its humor and story alone, since there’s not too much CG art or use of choice. There isn’t much humor there, just a few chuckles at some absurd sentences and visuals, and the story given isn’t particularly memorable. It’s just a serviceable little title that’s greatest strength is knowing when to end (even though it still feels like it has padding in points). It’s a nice little impulse buy, and not much else but a footnote on the history of the wacky animal dating visual novel movement.

Outside of PacaPlus, there are two other games in the series: PacaPlus Minus, a prequel, and PacaPlus Plus, a sequel. Neither are currently translated into English.