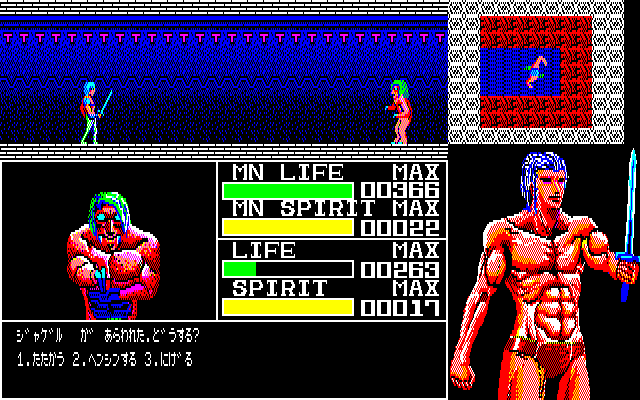 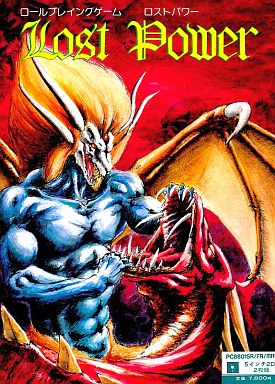 The Makai is ruled by a number of demon lords, each vying for higher status on the food chain by devouring each other and increasing their strength. The Demon Lord Tyza is unique in that he’s cursed with the ability to feel emotions, a weakness that ends up with him getting devolved back into a weak human form. And so, he scales a seven floor tower to fight the other demons and regain what was lost. 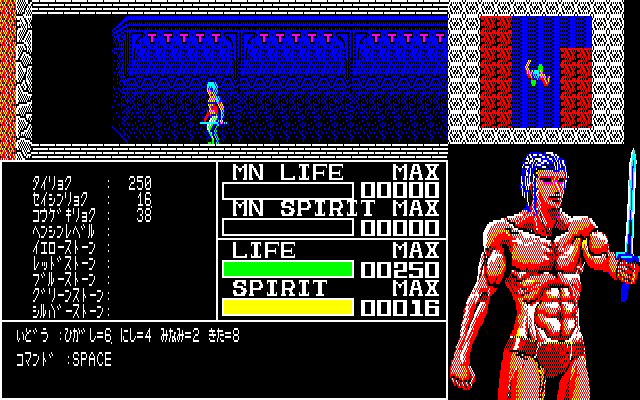 The screen is pretty cluttered, to say the least. Most of what you’ll be paying attention to is the window in the upper-right corner, which shows an overhead view of your character, who is moved via the numpad arrows. The larger window in the upper-left shows a side-scrolling perspective that advances as you move along. It changes orientation whenever you move around corridors – it’s an interesting effect. Other windows show your stats and main inventory, your strength (and opponent’s strength, if you’re in a battle), and the keyboard commands. In the lower right is a huge portrait of Lord Tyza. He’s not only there to look buff, but rather, as you progress through the game and become stronger, bits and pieces of him turn into his original demonic form, as show on the title screen. It all looks pretty haphazard since it just changes various tiles around the graphic, but it gives the extra creepy appearance of a human/demon hybrid. 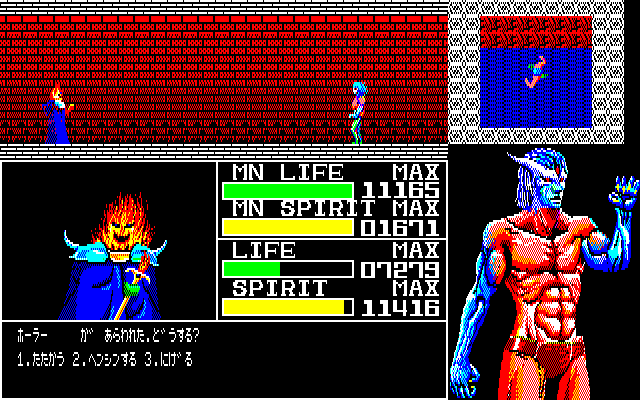 There are random encounters, at which point you can choose to engage, transform (if you’ve earned the ability) or run away. It’s actually very generous in letting you escape from combat, which is something you’ll do a lot if you’re running low on health. The action, as it were, is displayed in the side-view window and is completely turn-based. If you do fight, then you can choose to queue up five commands at a time – for the most part, these are just (F) for Forward and (R) for Retreat. Each move is really just a single step forwards or backwards, so it may take a whole round or two just to get close to your foe. Once they meet, they exchange blows until one of them is defeated. You can also choose to defend, use items if in you’re in human form, or use your “chounouryoku” (ESP) abilities if in demon form. As you continue to beat bad guys, you’ll eventually increase your max health, as well as collect various colored stones. These can be brought back to this guy below to recharge your health and can eventually be eaten (or least I’ve read, I never quite got that far). 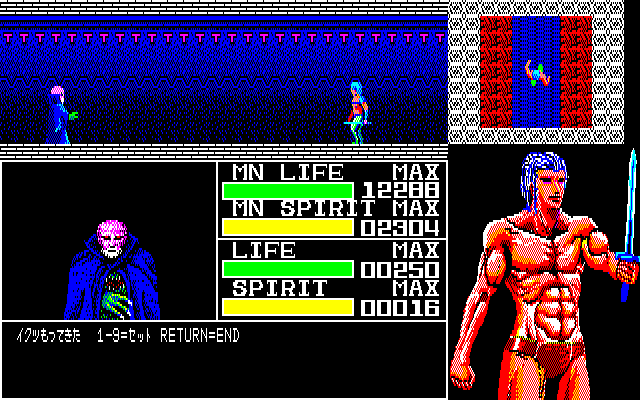 Perhaps more important are the mid-boss monsters that hang out at set spots around the levels. These are met with large portraits and are slightly more powerful than regular enemies. Defeat them and they’ll drop important items, plus in some cases you’ll eat them to increase your transformation level. Through most of the game, you just hunt for the bosses, recharge your health, climb to the next level, and continue until the end. 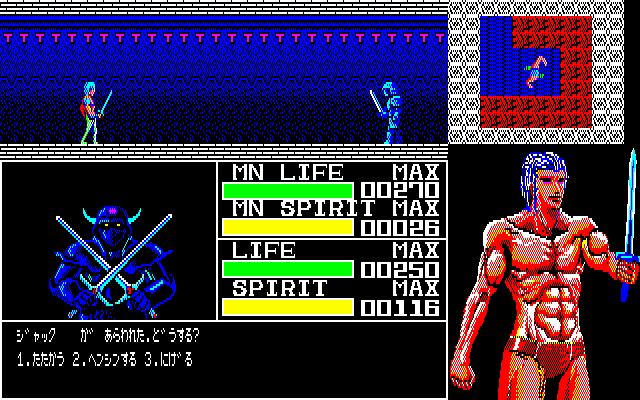 Lost Power is a very typical mid-80s RPG since the dungeon crawling hack-and-slash gameplay itself is pretty straightforward, but has a high concept that allows the player to fill in the narrative gaps. The presentation is also noteworthy as most of the visuals are simple but the enemy portraits are very well done, and even seeing the undie-clad muscleman slowly transform into a ferocious monster is its own particular reward.

The game was developed by Winkysoft, who mostly put out PC software through the 80s. They later worked on an assortment of anime properties through the 90s, with their real wheelhouse being the extremely popular Super Robot Wars series, and continued to make them all the way through their bankruptcy in 2016. They are also developed the shockingly decent arcade beat-em-up series Denjin Makai. 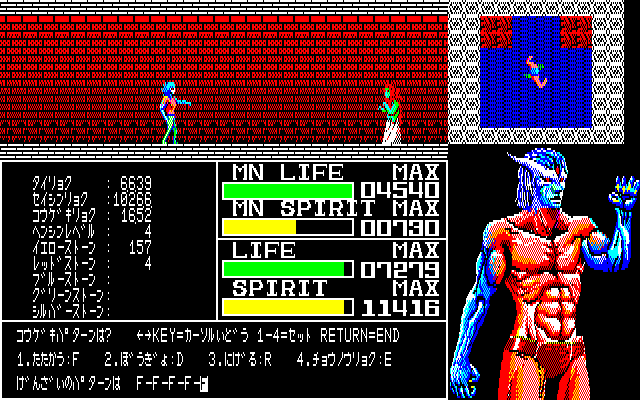 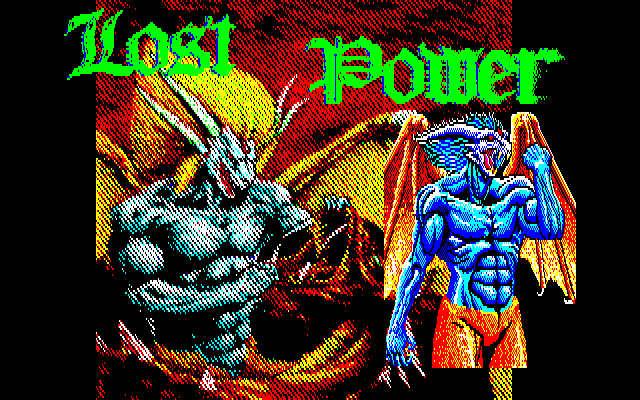