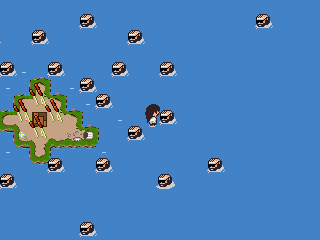 The Lisa series is a very difficult series to describe. Started with 2012’s freeware release Lisa, later renamed Lisa The First, Austin Jorgensen’s grim trilogy explores the cycle of abuse between the members of one of gaming’s most messed up families and those around them, but in the most misleading way possible. The first Lisa was an experiment brought on by Austin talking with his ex-girlfriend about abuse she had suffered through and musing on how our memories affect us, telling a story of a girl’s horrific history of abuse from her father by having the player explore her mind. 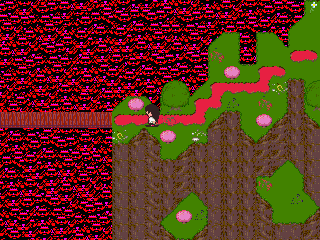 It’s similar to Yume Nikki, except there’s a clear structure to follow, with a clear end goal. It also replaces Yume Nikki‘s more abstract imagery with darkly comedic sights alongside nightmarish, grotesque places. Lisa’s mind can only see people either as her terrible father Marty, or as the phallic looking “Tricky Rick.” Just by reading the symbolic nature of the places you go to, it becomes clear that Lisa has been subject to not only physical and emotional abuse, but sexual as well. Her mother died and her father broke, completely ruining her life in his downward spiral. The game’s endings are shockingly dark, implying that Lisa commits suicide, unable to even remember what her mother looked like because of how much of an impact her trauma has had over her. 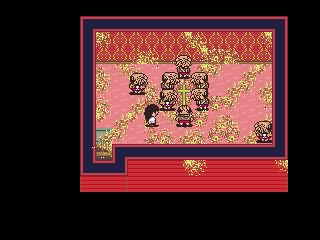 It’s a crude, simple game, and honestly not particularly impressive. While it handles its subject matter well, it never manages to come together to be something particularly memorable, especially compared to its biggest influence. It’s mainly notable for shock value and what it helped spawn.