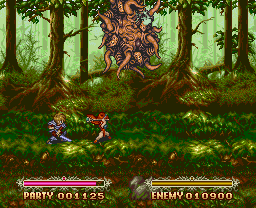 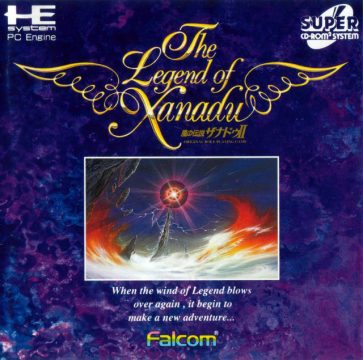 The Legend of Xanadu II takes place three years after the first, after Areios and his party destroyed the Kleene Jewel, causing magic to disappear from the land. During this era of reconstruction, Ryukos adventures off to another land, but is attacked at sea by an army of dragon riders, so Aerios and Daimos set off to find him. The game mostly stars the same set of characters. 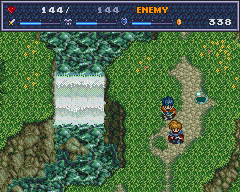 There are a series of tweaks and improvements from the original game. The day/night cycle is gone, and the overt amount of backtracking has been lessened a bit. The shop slot machine is also gone, and you no longer turn into ghosts after dying. In other words, it smooths out some of the weirder aspects of the first game. Your party members also act a bit smarter on the field than before, as they’ll go off and attack enemies on their own if you stand still. And unlike other games with AI controlled compatriots like Secret of Mana, they’re invincible, so they can’t run off and be killed for doing something stupid. There are still side-scrolling parts, although the platforming segments have been removed, leaving only the boss battles. You can now switch between Areios and the currently chosen partner at any time, and there’s also a small arsenal of Street Fighter-esque command inputs that execute special moves. In general, it’s a much easier game. 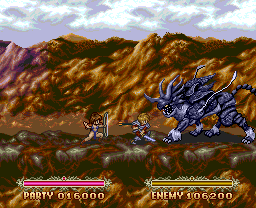 The visuals have been vastly improved, with much larger character sprites and little sword-swinging animations when they attack. Overall, it looks much closer to the typical Super Famicom RPG, having ditched the bright color palette of its predecessor for something a bit darker. Granted, it still doesn’t take advantage of the CD capabilities like it should, as the cutscenes are still rather dull and voiced dialogue is scant. Once again, almost all of the music is chip generated, and while the selection is decent, it isn’t quite up to the high standards of its predecessor. 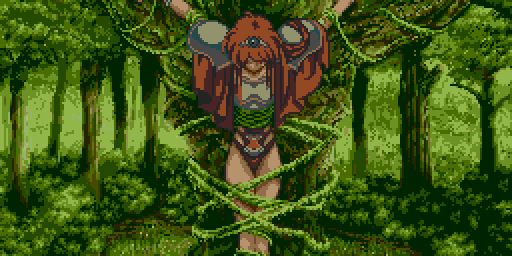 Legend of Xanadu II is quite a bit shorter than the first one, too (seven chapters versus twelve), and it’s on a much smaller scale, as you don’t visit quite as many varied areas. Also, and in filing down its flaws, it’s resulted in a slightly more generic experience. But it’s still a damn fine game, one that’s definitely more approachable, especially if you don’t understand Japanese. It’s regarded as something of a forgotten classic among Japanese gamers, since it was released in 1995, in the twilight years of the PC Engine. Amusingly enough, it’s also one of few games that remind you to take a fifteen minute break if you’ve been playing for more than an hour straight.