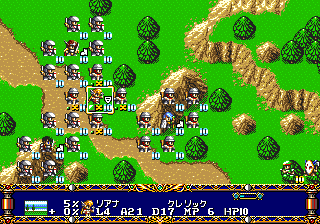 Langrisser II came shortly after the success of the original and was initially released for the Mega Drive. The game opens as an army of intruders invade a small village in search of a game named Riana. Her childhood pal Hein isn’t too happy about this, and after enlisting the help of his friend Elwin, the son of Redin from the first game, to protect her from evil. But what does this army want to do with this girl? How does this tie in with the empire of Rayguard and their quest for the holy sword? And who is that sinister looking doppelganger of Riana? The cast of Langrisser II is quite a bit larger than before, and features a few faces from the original. 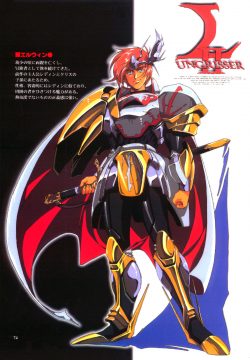 The hero of the game, son of Ledin. 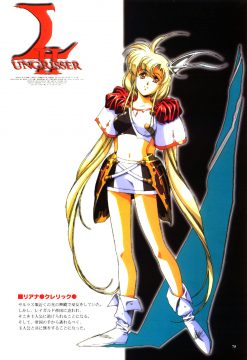 A young woman whom the imperial army is desperately after for some reason. 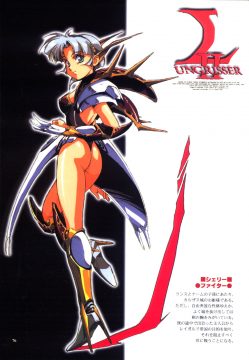 This knight leads a squadron of fairies – which, despite sounding a little lame, are your first airborne units. 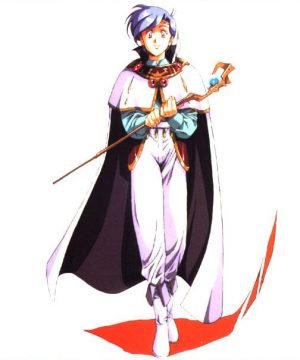 Hein, as you can probably tell, is a dorky little mage. Fairly useless in combat, but he’s the first person to use magic. 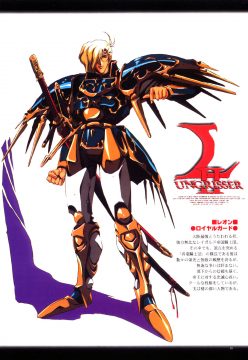 Initially an enemy, Leon will become one of your greatest allies if you join the imperial cause (in Der Langrisser, anyway.) 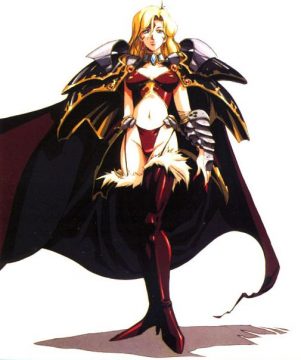 Fighting next to classy ladies like the warrior Imelda is one of the perks of joining the imperial side. 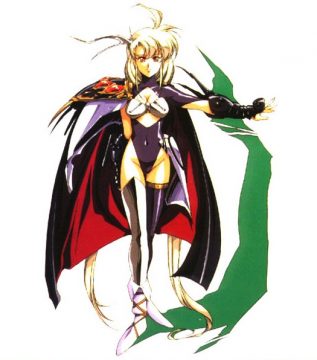 Pretty obviously Riana’s twin sister, she’s initially part of the evil side. Whether she falls to the light or the dark depends upon your actions. 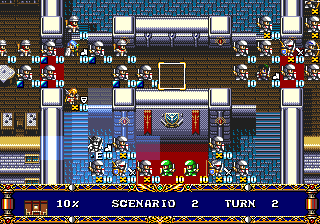 The graphics in the Mega Drive version are definitely quite enhanced over the original, featuring super-deformed soldiers in the battle and much nicer portraits that look closer to Urushihara’s drawings. The music is once again excellent, as well. There are also a few new units, including a summoner to bring various beasts to fight on your side. Other than the aesthetic enhancements and the increased difficulty, Langrisser II doesn’t change much from the original, although it really didn’t need too.

Despite the number of ports of Langrisser II, the only “true” version is the Mega Drive one. Masaya later ported the game to the Super Famicom and PC-FX, dubbing the game Der Langrisser. In addition to the enhanced graphics, the balance was greatly altered so that less characters were on the field at the same time, eliminating much of the clutter. Your characters initial statistics are also determined by answering a series of questions, much like Ogre Battle – this has since become standard for the series. And while the plot is pretty similar, the maps are entirely different. The PC-FX, being on a CD, benefits from animated cutscenes and voices, although the only major difference is a “hard” mode after beating the game that has a completely rewritten script. According to those who understand it, it’s quite humorous. All of the versions feature a cameo by the Choaniki characters in a hidden stage, the Muscle Shrine – while the ambiguous strongmen from Masaya’s shooter series are quite difficult, beating them will yield one of the most powerful summons in the game.

However, the biggest addition to Der Langrisser is the ability to choose several paths to the end of the game, allying with different factions or electing to fight against them all. Each results in a different ending, and the number of possible scenarios are huge. The difference is substantial – there are around twenty five or so scenarios in the original Langrisser II, while the four different paths in Der Langrisser add up to over seventy five. Sometimes they’re just small variations, but it leads to incredible amount of replay value, with different characters and ending.

The Playstation and Saturn versions (the latter dubbed the Dramatic Edition), despite being named Langrisser II, are really ports of Der Langrisser. The graphics in the Playstation port are nearly identical to the Super Famicom version, other than some redrawn portraits. Once again, the Saturn version looks a bit cleaner and redraws some of the tiles to look a little nicer (especially evident in the battle scenes) but the overall improvements are minor. The Saturn also has slightly superior music over the Playstation. The Saturn version also includes a few extra routes and scenarios. 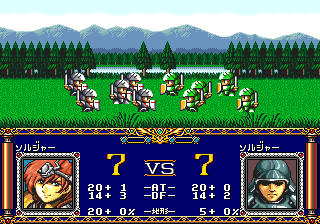 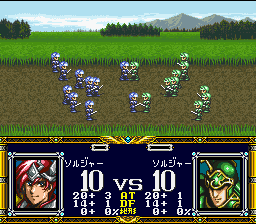 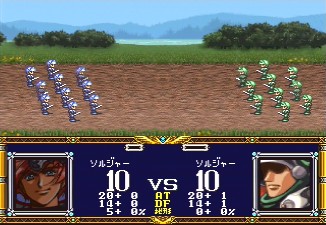 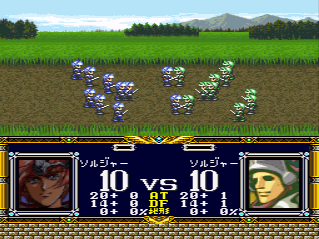 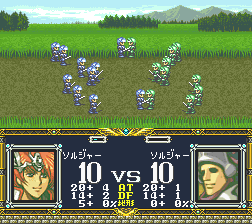 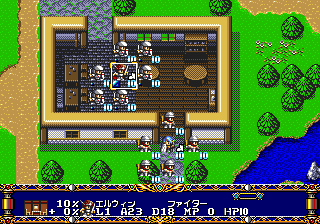 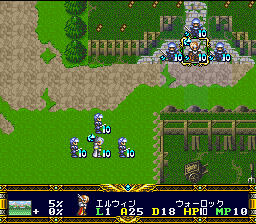 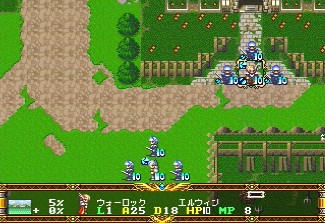 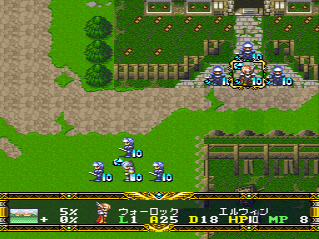 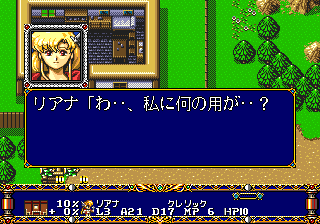 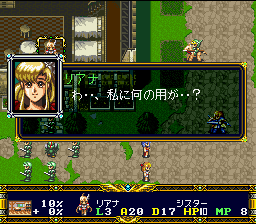 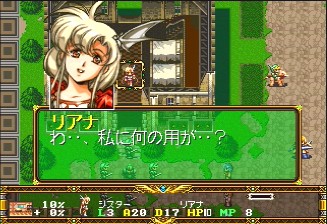 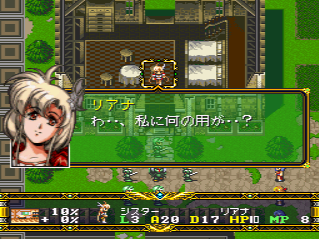 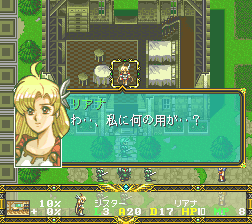