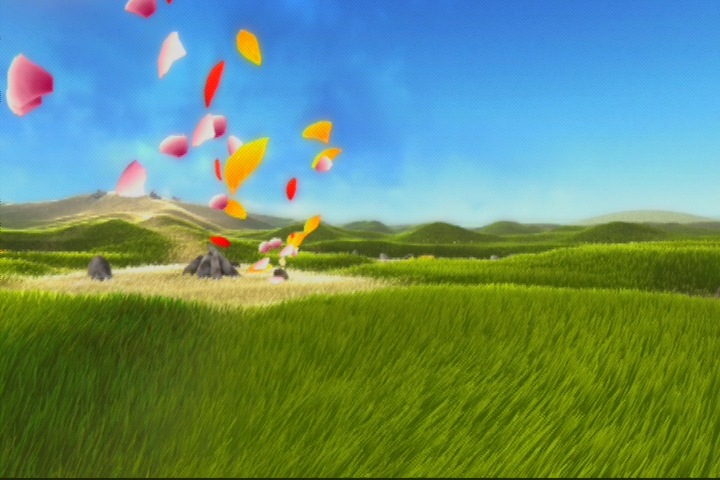 The video game industry has changed a lot over the years. It’s had its ups and downs. It’s had its profound revolutions and its embarrassing trends. It’s survived being on the cusp of total implosion more than once. And now, much like movies, music, and other forms of popular media, it daringly straddles the mile-high fence between high art and entertaining pap for the masses. While the industry tends to lean more toward the latter, being as immensely popular as gaming has become has afforded it at least one great attribute: accessibility for new talent.

Much like film’s pilgrimage to Hollywood to escape the hounding of Thomas Edison’s shady Trust organization, games are straying further and further away from complete, corporate dominance. Certainly, indie games have always been around, but with the advent of services like XBLA and PSN, indie games now have an extremely bright and easily accessible spotlight to stand in, a veritable Sundance for video games that runs 365 days a year. It’s my belief that the future of gaming (well, good gaming, at least) lies not in the hands of the Namco’s and EA’s, but in the new talent flowing in through the indie scene, as games like Jonathan Blow’s Braid and Daisuke Amaya’s Cave Storyhave proven with immense critical acclaim and fiercely devoted fan followings. And that brings me to Thatgamecompany and their latest and greatest work, Flower.

Thatgamecompany is a small software developer started by a group of USC students, lead by Jenova Chen. Their first game, developed while they were still in college, was Cloud, the story of a terminally ill boy escaping reality and floating through the sky, in which clouds that the boy controls are used to purify polluted clouds of smog. Their second game, released on PSN, was flOw, a very surreal romp through the deep sea as a tiny organism consuming other organisms to evolve, though Thatgamecompany’s main intention with flOw was to familiarize itself with the SIXAXIS controller.

The themes of surrealism and environmental conservation are once again revisited in Flower, which also much more liberally deploys the use of the PS3’s SIXAXIS controls. The game begins in a stuffy city apartment where a flowerpot sits alone on a table near a window overlooking the drab, gray, urban landscape. The flower in the pot begins to have a dream, and the player is transported to vast field in the middle of a sprawling countryside. A single flower sits in the center of the screen, a gust of wind captures a petal from it, and then we’re off.

Describing how Flower plays accurately is more or less impossible. You’re essentially a gust of wind, and you pretty much fly around with the SIXAXIS and touch other flowers, gathering more petals and using your esoteric “powers” to restore life and color to an otherwise dead and colorless world. It’s part Sonic the Hedgehog, part Rez and part Katamari Damacy. You’re given big worlds to play around in at your leisure. There are no limits, points or enemies. You can’t die. Hell, there aren’t even any immediately obvious goals. You merely can’t progress to later parts of a stage until certain groups of flowers are touched by your sentient storm of petals. This ultimately leads to a climax where your collective mass of petals dives into a vortex and causes some sort of environmental change, after which, the dream concludes and you return to the apartment vista where another flowerpot has appeared on the table, and thus, a new stage is available.

Now, while the stages in Flower are theoretically non-linear, there is an intended path that’s usually marked out for you by trails of flowers. And I use the term “intended” loosely since it has more to do with how the creators wanted you to see the stage rather than how they wanted you to the play it. You can usually take almost any route you choose (stage 4 being the only exception to this), and in fact, many flower paths split into several new paths, transform into crazy loops, or even terminate entirely as you come to a clearing. Moreover, 90% of the flower petals in the game are optional. There are only a few key flower groupings in a stage that you need to hit to progress farther, and those are denoted by having a glowing aura about them. These special groupings tend to have cool environmental effects, like changing rock formations, lighting lampposts, or even destroying things. Bare in mind, however, that straying from the intended path is often rewarded with lots of cool effects (and some very fun-to-obtain trophies).

So, with the fact in mind that there isn’t much to the game, and that a great deal of what’s there is optional, one might ask, “What’s the point?”

Well, for one thing, Flower is absolutely breathtaking. Each of its seven stages provides a unique aesthetic, and those aesthetic motifs are delivered via some of the smoothest, most lush 3D modeling I’ve ever seen. The way the grass, flowers, and other environmental elements interact with the breeze makes my heart flutter every time I see it. The aural experience is equally lavish, with calm, soothing, primarily ambient orchestral music. The music is somewhat interactive, as each flower you come in contact with causes a single note to play, with different species of flower acting as different instruments. The flowers are often arranged in such a way that will create various melodies when encountered in a certain order. In short, the aesthetic experience in Flower is a major source of its attraction. It’s both soothing and therapeutic, but at the same time, there are sections that are nightmarish and unsettling (I won’t go into details, you’ll have to see for yourself). All in all, it’s atmospherically absorbing like few games before it have been.

More so than simply its presentation, Flower is great to play simply because it’s fun. That thing we used to quantify how rewarding a game was before we had endgame super weapons, level 75 characters and leader boards telling us how many headshots we’ve gotten this round? Flower regards those all as superfluous. You’re never distracted from the game by complicated character management systems or long, drawn out cinematics. The simple genius of the game is that it never loses sight of the fact that it’s a game and you’re supposed to play it. It manages to tell a fully realized narrative without a single text box or line of spoken dialogue. It has powerful messages, but it doesn’t beat the player over the head with them. It occasionally guides you in the right direction, but allows you the freedom to figure it out on your own. It’s all at once a game about subtle nuance and yet breathtaking spectacle, and it manages to juggle these two conflicting ideals without ever fumbling. It’s not often that we get to enjoy something this simple and free of pretense executed with such a level of care and vision, and it’s this that keeps me coming back to Floweragain and again, that and the fact that every time I do, I find some other detail or minutia that I’d never noticed before.

In short, Flower is a great game. It achieves this while being a very minimalist production, yet while carrying a hefty amount of emotional baggage. It’s a game whose effect is largely based on the person playing it (see: Shadow of the Colossus). The game’s apparent emptiness is a blank canvas on which a player can impress pretty much anything upon, whether it be in praise or condemnation. It’s a Rorschach blot that peers into the minds of gamers. Chances are, you’ll either feel like an idiot playing it, or you’ll just see a bunch of pretty flowers.

Thatgamecompany released another PSN game in 2012 for Sony called Journey. A retail version titled Journey: Collector’s Edition was released later in the year that included both flOw and Flower.