Kabuki Quantum Fighter or Jigoku Gokuraku Maru, as it’s known in Japan, is a 2D action/platformer released in the early 90s for the NES. The thing that everyone probably remembers the most about the game is that you can whip your enemies to death with your hair. Some might actually consider that a gimmick, but there’s a surprisingly solid game amidst all the weirdness.

The premise of the game is that in the future, “someone or something” has hacked into the mainframe computer and taken complete control over it. To make matters worse, this computer controls the nuculear weapons of the country, so this is a real crisis. The solution to their woes is to transfer the mind of someone into the computer itself as binary data to regain control, in what is a pretty clear homage to Tron. This is where our hero Scott O’Connor is introduced, and he is the first man to venture into this brave new world with the technology. One of the questions the game poses is that because the technology has never been tested on humans, we don’t know what will happen to Scott. Well, he becomes kabuki actor in the full get-up, with facepaint, long red spiked hair, and traditional Japanese clothes. The explanation for this is that one of Scott’s ancestors was a bona fide kabuki actor, which had some type of influence on him. The whole thing is really quite hokey and bizarre. Now when you do finally get past the title screen, you’re introduced to a screen of pseudo code (which is partly inspired by the 6502 ASM instruction set the NES uses) with the kabuki floating amidst. If for some reason, anyone should think something glitched out, everything is fine, as the game is just really weird. Thus the stage is set. 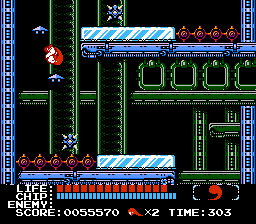 Despite its unique theme, Kabuki Quantum Fighter is a fairly standard action platformer. Apart from your hair, your weapons are basically projectiles that use “CHIPS” which are more or less technologically advanced shurikens. Each weapon has a unique function and chip cost, and while you only start off with two weapons, upon beating the boss of each stage, you get a new weapon. As for the stages, there are five stages, six if you count the final boss. There isn’t anything truly unique in terms of gameplay mechanics, and the stages are largely filled with typical video game tropes like sand, water, ice and conveyor belts. There are also many hanging platforms which you can grapple from below. The action is functional, if not particularly innovative, and lacking the polish of a Konami, Capcom or Sunsoft title. If you’re ducking, you’ll punch instead of whipping your hair, which has much less range. You have to be a bit right-of-center in order for the screen to scroll, which makes everything feel cramped when moving forward. And the timing when swinging between platforms takes a little bit of getting used to.

But beyond the strange main character, the whole visual design is insanely weird. On a certain level they’re reminiscent of Ninja Gaiden, with a bit of Sunsoft’s Batman mixed. The stages consist of futuristic cities mixed with ancient castle ruins, giving it a dark, mish-mash, cyperpunk sort of aesthetic, with random bits of weird organic stuff mixed in as well. In the first stage you see what appears to be hearts pumping in the background. It’s all very dark and discomforting in a way NES usually titles aren’t. It’s also a little overanimated, which is distracting, but entrancing nonetheless The enemies too are often strange, ranging from upright-walking frogs to disembodied fire-spewing heads, which reveal their brains whenever they attack. The soundtrack is kinda weird and techno-ish, again unlike most NES tunes, which is fitting for the trippy atmosphere. The game was published by Pack-In Video in Japan, and HAL in North America, while it was developed by Human Entertainment, who also previously created Monster Party and eventually went on to become famous for the Clock Tower and Fire Pro Wrestling series. 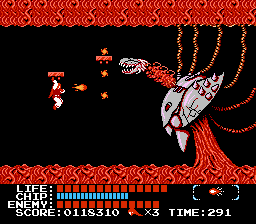 The Japanese version has a few differences from its US release. The primary one is that it’s actually a bizarre tie-in with the 1990 Japanese fantasy movie Zipang (sometimes spelled “Jipangu”), directed by Kaizo Hayashi. The main character is a samurai named Jigoku Gokuraku Maru, played by Masahiro Takashima. Kaizo Hayashi served as an Editorial Supervisor for this game and is listed in the end credits. The main character of the Japanese game is a 15 year-old boy named Bobby Yano instead of the older American counterpart. Bobby Yano is actually a descendant of Jigoku Gokuraku Maru, which obviously wouldn’t make sense to an American kid with no idea about the Japanese movie, so it made sense to change it to something more relateable… even if it still didn’t make a whole lot of sense.

The story for the Japanese release differs from the American version in that it’s about a futuristic city where everything is controlled by a computer. So without its support, the city ceases to function. There is also no mention of a nuclear threat. Whatever’s been taken over has begun to revert everything back to a primitive state, including the futuristic city. Ultimately this makes little difference, as Bobby is still plunged into the computer, although the device to digitize humans is called a Psy Converter System. The game also differs at the end a bit. In the American release, the source of the hacker is from the satellite Hyperion, but in the Japanese release, it’s from a magatama in outer space. You use the Hyperion to ram the thing. Aside from being truncated a bit, the English release roughly follows the same path, so it isn’t a complete travesty of a localization. In fact, the story actually works better without the relationship to the movies, because the connections are extremely tenuous, and seems to have been hastily written in to create a bit of marketing synergy.

While the game has very little to do with the movie aside from a few references, you can see where certain parts may have been inspired by it. For those wondering how the creators came up with a hair-swinging kabuki, there is a scene early where Jigoku Gokuraku Maru is in a kabuki outfit with one of those white painted face mask and wild hair. He doesn’t do any fighting with his hair, but he does swing it around a few times and that is probably where the hair attack came from. Also the back cover of the DVD says “Set in a kind of alternative Japan, where modern technology meets ancient legend…” This also sort helps explain the weird technological and ancient ruin stages, in a loose way. 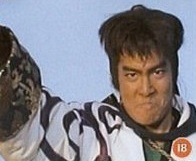 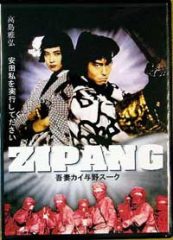 There a few other differences to mention as well. After you beat the first stage, there’s an extra screen of text that’s not present in the Japanese release. The screen that shows the face of Bobby/Scott is different. Scott has the painted kabuki face and looks rather cartoony, while Bobby looks exactly like Masahiro Takashima from Zipang. The robot boss in stage 5 is red instead of blue. Finally, at the the end of the game there is a sound test. In the American release, there is an animated kabuki bowing his head over and over. That is not present in the Japanese release. If anyone is interested in experiencing the differences for themselves, there is an English translation patch for the Japanese release of the game. 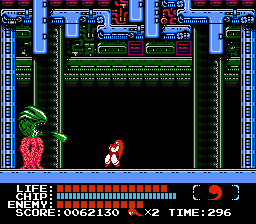 Finally, when you beat the game and get to the sound test there is a final message that hints at a sequel. For any fan of the game, this is heart-breaking because there was never a sequel, but the story does not end there. The director of the movie Zipang went on to write the game 7 Blades for the PlayStation 2, which was developed and published by Konami. The game is a sequel of sorts, continuing the adventures of the two main characters from the movie, including Jigoku Gokuraku Maru, of course. Unfortunately the game wasn’t received very well, and was only released in Japan and Europe, but at the very least it’s another game that you could say takes place in the same universe as Kabuki Quantum Fighter. 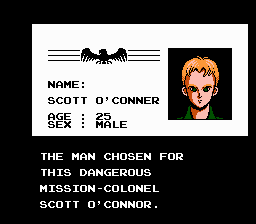 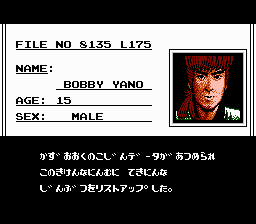 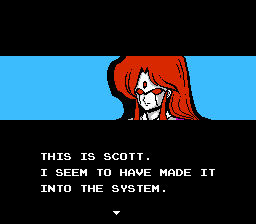 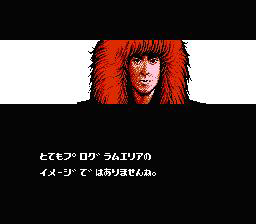