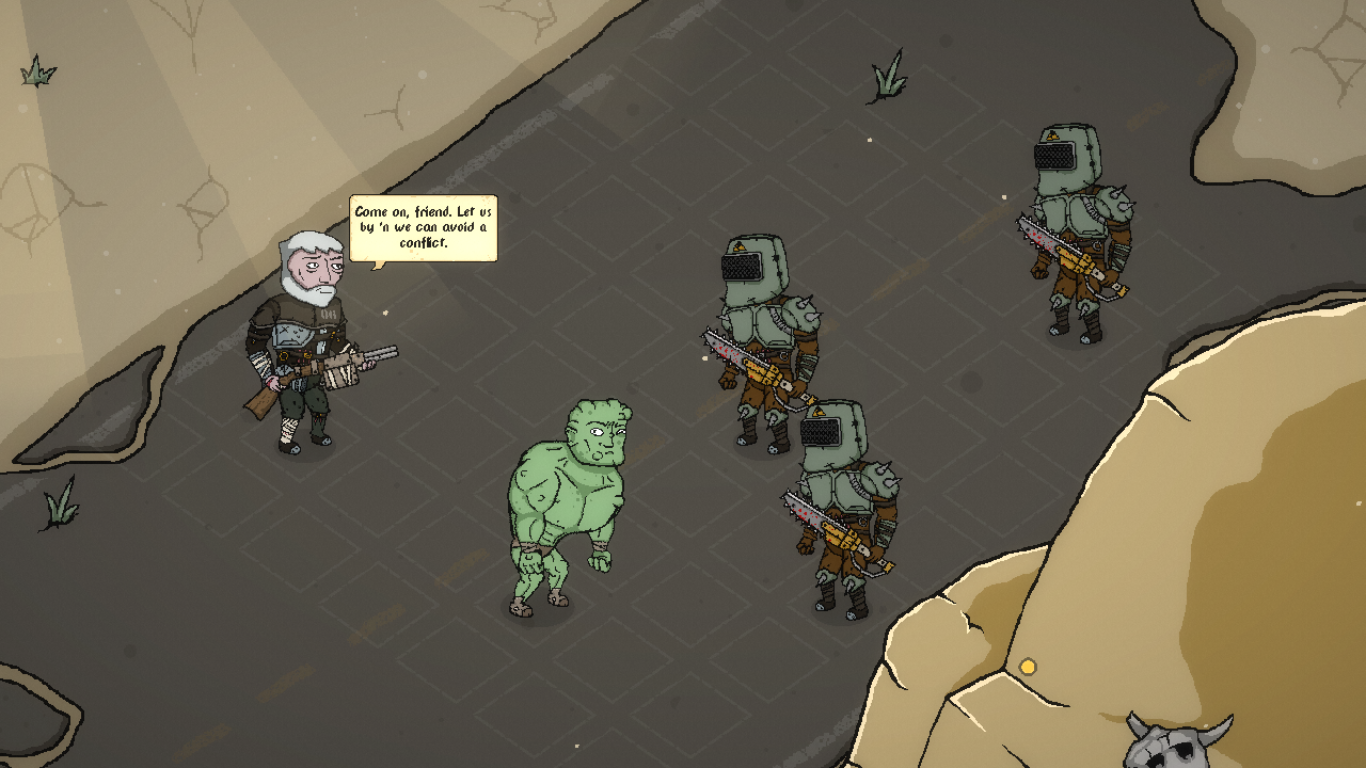 So, if you took a gander at the genres list over there, you’re probably confused, unless you’re already familiar with Pony Island. Daniel Mullins and friends made a return in 2018 with yet another ridiculously meta and absurd genre shifting game, but to say The Hex is just another Pony Island would be an insult to it. Unlike the farce that was Pony Island, The Hex is a more serious affair that still has plenty of dark humor, but the story it tries to tell is far more developed and serious than the team’s previous outing while keeping the garnish of absurd yucks. The end result is one of the most surprising releases of 2018, in many, many different ways. 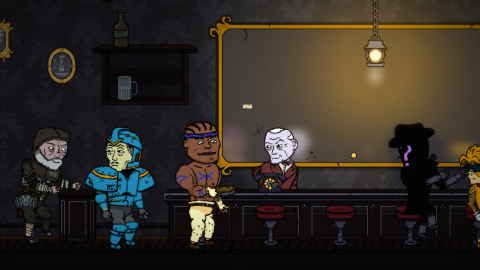 The game’s premise is that six video game characters are taking shelter in the Six Pints Inn, and the inn keeper and bar tender gets a phone call telling him that one of his guests will murder someone. Suspicion grows as you take control of each of the six guests over time, explore the inn, and learn of their pasts in their given games via flashback. The mystery only deepens the more the game goes on, and the situation proves to be far more complicated than just an average murder mystery.

Talking about The Hex‘s story is difficult simply due to how much of it is focused on unexpected twists and turns, but it’s more than that. It uses some similar tricks as Pony Island, even having a Frog Fractions style meta-game in and outside of it, but this is all extra tomfoolery to the core game, which manages to create genuine pathos with a cast of parody characters. Everyone is a reference of some sort, like Weasel Kid being a Sonic analog who even has a Sonic ’06 moment in his past, but this initial layer of reference comedy gives way to create a base for surprisingly complex characters wanting freedom, normalcy, or just finding something they lost long ago. Rust, the star of the in-game broken strategy game Waste World, sticks out in particular by mining his entire scenario for existential horror and angst in an incredibly effective way. Where Pony Island ultimate just went full wacky comedy that pretended to have depth it didn’t actually care for, The Hex carries a similar darkly comedic tone while actually using it to the juicy narrative meat. 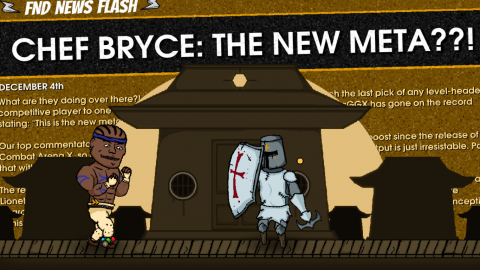 The game is also a massive leap forward mechanically, and it shows still an impressive understanding of gaming trends. Where their previous game was a fun little parody of Undertale and other indie games that aimed to catch players off guard with meta concepts, this one instead takes into account that those tricks aren’t surprising anymore. Players have started to become aware of meta games, understanding every trick in the book, so The Hex structures itself differently to misdirect from its ultimate goals, sometimes just using basic mystery story misdirection alongside meta misdirection. Some things are played straight, some become ridiculous jokes, and others are used for the sake of enhancing mechanics and game design.

What’s cool here is despite the game using so many different genres of play, the control scheme is unified to WASD and left clicking. Every single mode of play functions like this, and it works so elegantly that the game actually starts combining modes of play over time almost effortlessly. The last guest’s game, Walk, ends up plowing through just about every style of play with some sort of twist on them, a real show off moment for the team as they emulate all sorts of other popular games. There’s even a section in the second half that gives homage to Hotline Miami, complete with a familiar back track. 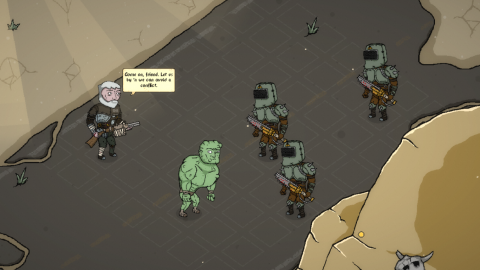 There’s not really a place in the game where the controls feel awkward outside a moment in the Secrets of Legendaria part, though it’s being done on purpose for the sake of the scene’s intensity. It’s an elegant piece of game design that naturally shifts around multiple play styles, creating moments no other game has ever given. The best part is all this still serves the larger story, creating a truly whole feeling game that keeps you engaged on most every level. The inherent artifice of gaming is actually used to create narrative theme work and mechanical complexity, resulting in an involving experience not common to small productions like this.

The main graphical style isn’t anything impressive, but it allows for easy genre mashing, and some graphic changes here and there still use familiar character models, including one FPS segment that has shades of DOOM era 2D on 3D looks. When even the graphics can change in a split second, it keeps you guessing over what’s coming next, and ideas and concepts from previous segments come back in unexpected ways to create new challenges. The music is about the only lackluster aspect of the game, serving the changing themes and styles, but not really managing to stick out on its own outside one moment before the true ending. However, sound design is well handled the whole way, and it’s not really apparent how strongly sound has been used until you reach the later sections and see a lot of payoff of all the sounds and themes you’ve been hearing coming back in new contexts.

The whole package is truly something to behold. There has genuinely never been something quite like The Hex, a game with its finger right on the pulse of the gaming landscape that uses that understanding to create outstanding moments of intense emotional impact and inventive existential comedy. If you play a lot of old games and indie games, you need to at least check this one out, because odds are good you’ll get something out of it and respect its craft. Most importantly, the game encourages you to actively play against every rule you’ve ever known in gaming the longer it goes on. The Hex is an original, and a damn good one at that.