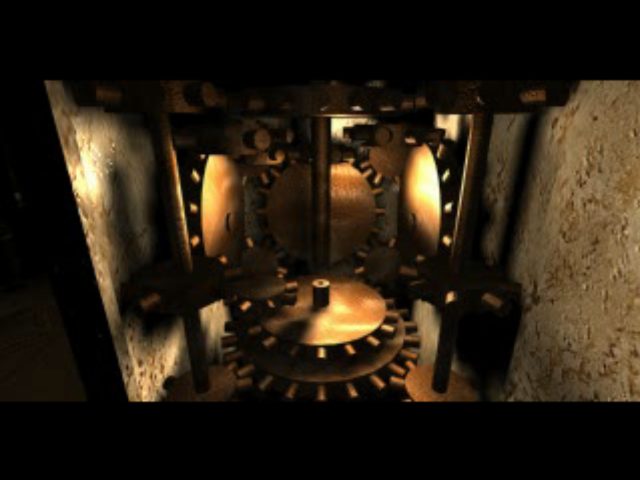 We are such stuff
As dreams are made on,
– William Shakespeare’s The Tempest

It’s not a secret that adventure games have always been produced en masse in Japan. They often take quite a time to reach our shores (if they do at all), and more often in the form of fan translations than actual, official releases. Japanese adventure games are a genre in their own right, whether they are visual novels or point & clicks. One can easily see the adventure genre as it evolved in Japan has distinct standards. One of its main distinctive traits is the manga character design, which is only natural since it’s the popular style of graphical expression in Japan. From this probably stems the lack of Japanese adventure games revolving around less cartoonish and more realistic, or “historical” settings. Indeed, there seems to be little place for games like Myst.

Should we thus consider this kind of game to be completely absent from Japan? Not really. Myst has been localized a number of times (the Japanese PlayStation version was even released in 1995, before its oversea counterparts) and Kemco produced the Famicom versions of ICOM’s cult classics Déjà Vu and Uninvited in the 1980s. But of course it is less risky (both artistically and commercially) to design a game that will be met with enthusiasm from an otaku niche – rather than a game that may be deemed too “foreign” to the accepted standards. Indeed, Japanese studios who produce games outside of the anime aesthetics are rare.

But they’ve got to exist. And it seems Sony was interested in introducing this “genre” to the Japanese market back then. They created a special team for the purpose of developing one of these western-styled adventures for Japanese audiences. Made up in part of developers from their ARC Entertainment studio (The Granstream Saga, Arc the Lad II & III) and directed by a certain Takashi Kobayashi, it also welcomed a number of western co-workers regrouped under the name of “Watermarks” (probably a one-time studio). From this initiative was born THE BOOK OF WATERMARKS, released on the PlayStation in 1999 exclusively in Japan.

The game opens with a quote from Shakespeare’s play The Tempest, on which the game seems to be loosely based. The plot concisely unfolds during the full-motion video that follows. And with an American actor! Jack Donner, who appeared in series like Star Trek and Mission: Impossible, and more recently in the J. Edgar movie, stars as the game’s narrator. Not only that, but the whole game is in English! There is almost no text during gameplay, but the FMVs punctuating your progress are all spoken in English (and subbed in Japanese).

The narrator played by Jack Donner is Prospero, the Duke of Milan deposed by his usurping brother Antonio and exiled on a desert island. According to the play, Prospero uses the magical powers of its books to bring the conspirator to the island and punish him. In the process are also brought the King of Naples, Alonso, Antonio’s accomplice, and his son the Prince of Naples, Ferdinand. Antonio and Alonso are completely absent of this game, however. You assume the role of Ferdinand, towards whom Prospero seems to have no hostility, and you seek to get your hand on the Duke’s 13 magical tomes on Celes Island. There is no text and no major event taking place during gameplay – and neither is there any kind of psychological development regarding the characters, as Ferdinand remains silent for the whole of the game. The interest of the game actually lies in the cultural and historical background of each one the tomes, which are explained during the FMVs. The main theme of the game is human knowledge, and Prospero will adress astrology as much as cooking. There’s more than twenty of these short video clips, and the game is actually stored on two CDs as a result.

The influence it got from Myst is obvious. Similarily to Cyan’s legendary game, THE BOOK OF WATERMARKS is made up of static shots in a first-person perspective. What makes it different from its model, though, is the fact that walking from one point to another is actually animated (though still automated, contrary to realMyst). It’s walking though, and not running; Ferdinand isn’t exactly in a hurry, and the game plays quite slowly. It’s nothing terrible, but it can be a bit tiring when you have long distances to cover. The controls are simple: the D-pad’s left and right to spin around, up to walk forward or focus on the environment and down to leave this view; the four buttons to interact with mechanisms (they often have the very same effect, but not in every case) and pick up items; and the Select button to bring up the inventory.

The adventure is linear, the riddles are rather classical and the progression isn’t really fascinating. As there is no text, everything remains rooted in the visuals, and thus observation is the key to overcome your obstacles. The puzzles aren’t too hard to solve, but you can easily find yourself stuck if you haven’t explored your surroundings properly. The progression curve is steady, as you get a new item at the beggining of each chapter that will be needed to get through what follows. Even though the game isn’t bad, it’s rather bland and unoriginal. A key to find, an item to place, a letter combination to crack or the exit of a maze to reach is nothing experimental. What a pity for a game that was supposed to bring something in the vein of Myst into the Japanese market, as the latter is renowed for the nearly traumatic complexity of its riddles. Also, the save system is completely worthless: there is only one single save point in the whole island, and it’s beyond reach if you’re in CD2. Luckily, it’s not too much of a problem since the game is only a few hours long.

Finally, let’s focus on its aesthetics. That might sound weird considering the game’s visuals are made of 10 years old CG in widescreen. However, even if the game’s graphics are obviously outdated, it’s still acceptable and wasn’t so bad for its time. Some sightings are actually quite nice, and certainly less cheesy than what could sometimes be seen in good ol’ Myst. As for the soundtrack, it’s divided in two distinct groups: ambient soundscapes and actual original music. The soundscapes (all produced by the Japanese team) are pretty simple, such as bird tweetings and wind blowing, and sudden violin chords and muffled echoes in dark hallways, but they’re credible and serve the ambiance well. However, several professional artists worked on the soundtrack which plays during FMVs, in which they blended orchestral sonorities with a more upbeat and somewhat rockish beat, and vocals were even contributed by Maire Brennan, a popular Irish folk singer! If these tracks don’t go as far as to introduce genres unheard of in adventure games, one can’t deny the quality of their production. It’s a joy to hear.

In the end, what to think of THE BOOK OF WATERMARKS? It’s true it’s not the game of the century, and it’s nothing compared to a staple of video game history like Myst. But it definitely has the merit of trying to offer to the Japanese public a game whose standards stemmed from an other ludo-cultural context than that of the anime-dominated Japanese adventure game scene (however good it can get). Unfortunately, seeing the absence of reiteration, it probably didn’t work out so well… However, games like CiNG’s Hotel Dusk: Room 215 and Last Window: The Secret of Cape West on the Nintendo DS are good examples of how well the blending of cultural codes can fare, not to mention the fact that the 2011 visual novel Katawa Shoujo was actually developed in great part by Westerners. The adventure genre definitely still has a lot of original wonders to produce!