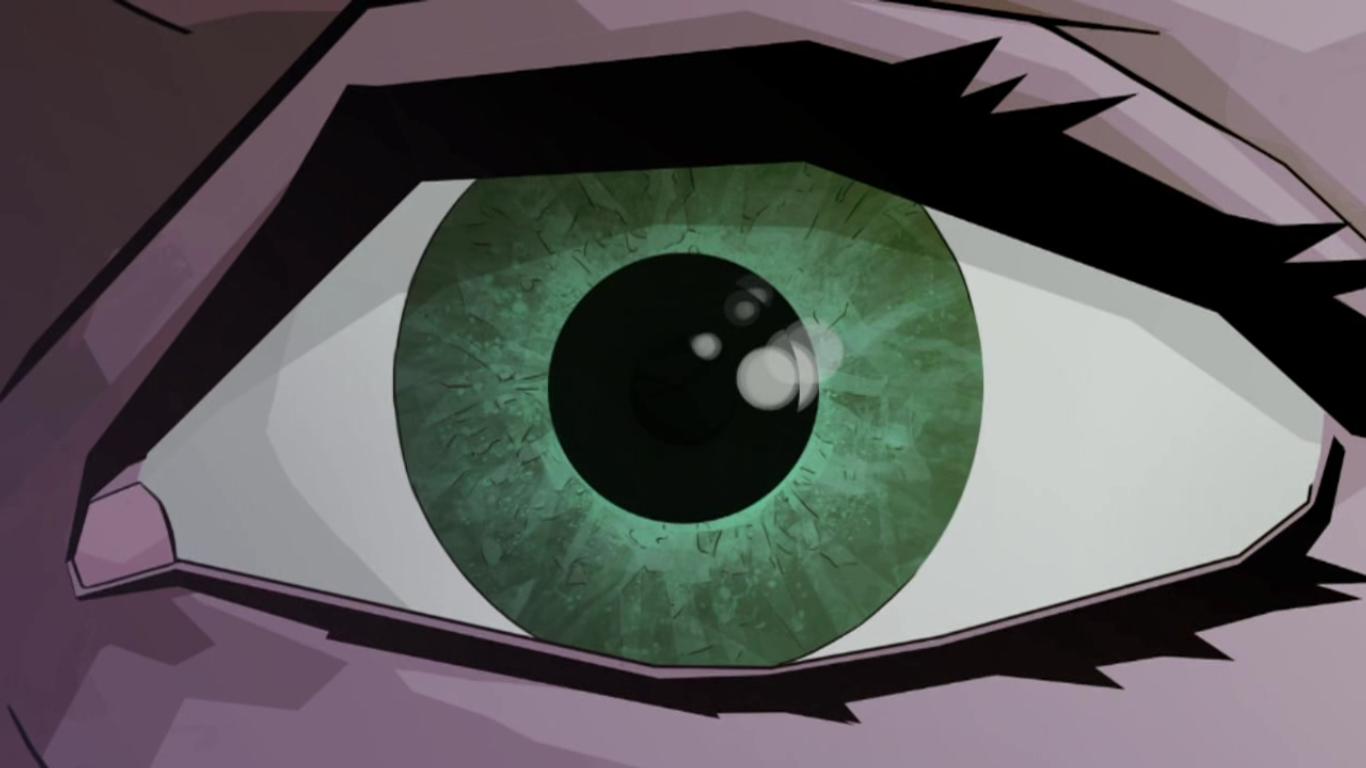 Daedalic is starting to move away from traditional point and click adventures, it sadly seems. They were one of the major heralds of the genre during an era of resurgence, but a crowded market place has resulted in them trying to re-aim their adventure game focus towards other flavors. This is unfortunately relevant to the topic of this article, Dead Synchronicity, because that might mean that Fictiorama Studios is never actually going to finish with their plans for the game (especially since Daedalic publicly stated the game was a flop and they won’t fund a second episode). The problem with an episodic release plan for a game, especially if you’re a small developer, is that if you don’t have the means to pull that off, you might end up only releasing a fraction of the work and leaving your audience bitter and disappointed. Four years later and with little word of a second episode, it looks like the only released episode of this dark sci-fi conspiracy point and click will remain the only released episode. 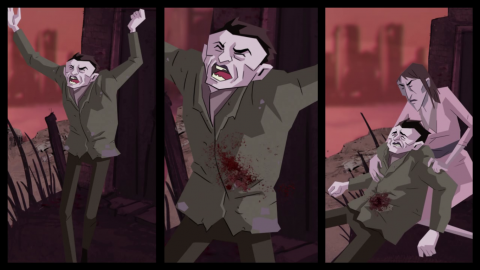 This is an especially big problem because Dead Synchronicity not only ends on a cliffhanger, but its entire story is just set-up for something more interesting. You play as an amnesiac who believes he might be named Micheal, based on the voice in his head. He’s awoken into a world of savagery and violence, brought on by a massive explosion called the great wave, an event that completely destroyed the infrastructure of the world around him, and possibly the whole planet. He was saved by some of the few decent people left in this place, and now he wants to figure out who he is and try to help those around him – or at least those deserving of help. It’s a time of sheep and wolves, and Micheal is going to fall under one of those umbrellas, all while he tries to figure out why the world itself seems to be ending due to a giant crack in the sky and an illness ravaging the survivors. 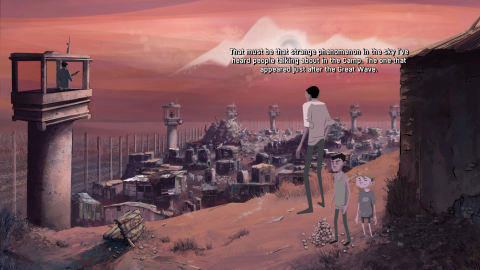 What’s frustrating is that the game’s most significant and fascinating idea, the one the title comes from, doesn’t get explained or explored until the very end. There are hints, but that’s about it. What makes up the meat of the adventure is survivor drama, and it’s rarely that interesting. It pulls so much from other dark survivalist media that’s become the norm in cable TV since The Walking Dead, Game of Thrones, and Breaking Bad took over the world that a lot of the grim commentary on the depths of human depravity lands flat. It almost reads like a joke at a few points, and might actually be in one case during a sequence with an overweight guard apart of the fascist government army. Other times, it’s so mean spirited that the message gets deflated. It’s the same guff all of these works have been passing off for ages now, about how cruel people will take over because the only law is natural law and so forth, and it’s hard to take any of it seriously with a decade of hindsight. Even for a 2015 release, there are parts in this game that come off as eye rolling. 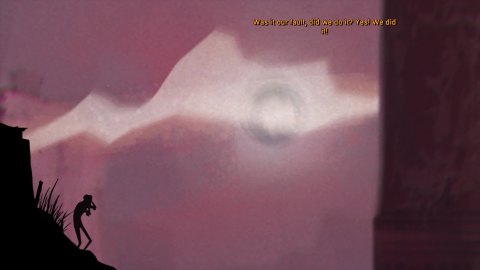 That said, the game is not devoid of merit. The English dub is surprisingly strong for a game published by Daedalic, and the script has some clever lines that help make up for the thematic shortcomings. The Hunter, a sort of all means dealer in the rat camp, is an entertaining villain if nothing else for how much he believes in the horrific garbage he spouts to justify his actions, and how polite he tries to act around you. There are also some great cutscenes scattered throughout, especially the ones that are monologues from Micheal that use some strong wordplay to really get you in his head. 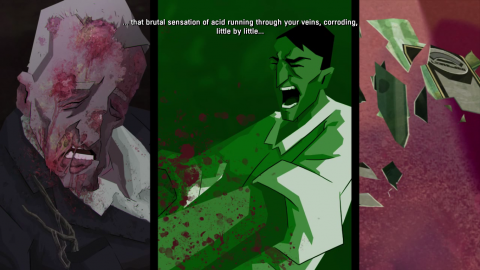 A lot also needs to be said about the art of Martín Martínez. He has a sort of cubist or minimalist bent, using sharp edges and lines in all his characters, making the most of subtle contrast. It fits the tone of the game well and gives it some personality, backed by the strong dialog. The Oliván brothers and their translation teams know how to make good use of vocabulary and word choice, or simply giving each character a specific way of speech. There’s also a strong score on display, helping to create some striking moments during the more serious turns in the story. The material is weak until the game starts revealing more about Micheal, but the execution is strong. 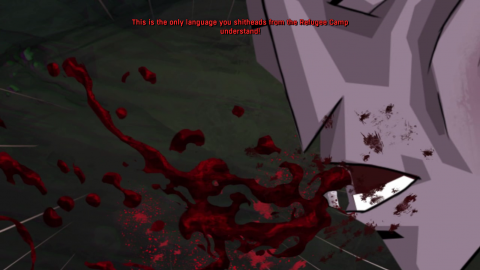 However, all of this amounts to a game that leaves you frustrated. There’s little to say of the puzzles, and the game ends on a disappointing note because it’s so clear they were building things up for a future release we’ll probably never see. Dead Synchronicity is one in a long line of games that tried to copy that Telltale episodic formula that seemed to just create success (the irony of Telltale bleeding money after The Walking Dead very thick), and then fall flat due to a lack of ability to support the whole project. The devs are still working on games, thankfully, so at least this ended up being a learning experience and less of a death sentence. Maybe they’ll make a real classic one day, but they probably should just release it as one full game. As it stands, they made a failure, but a memorable one.