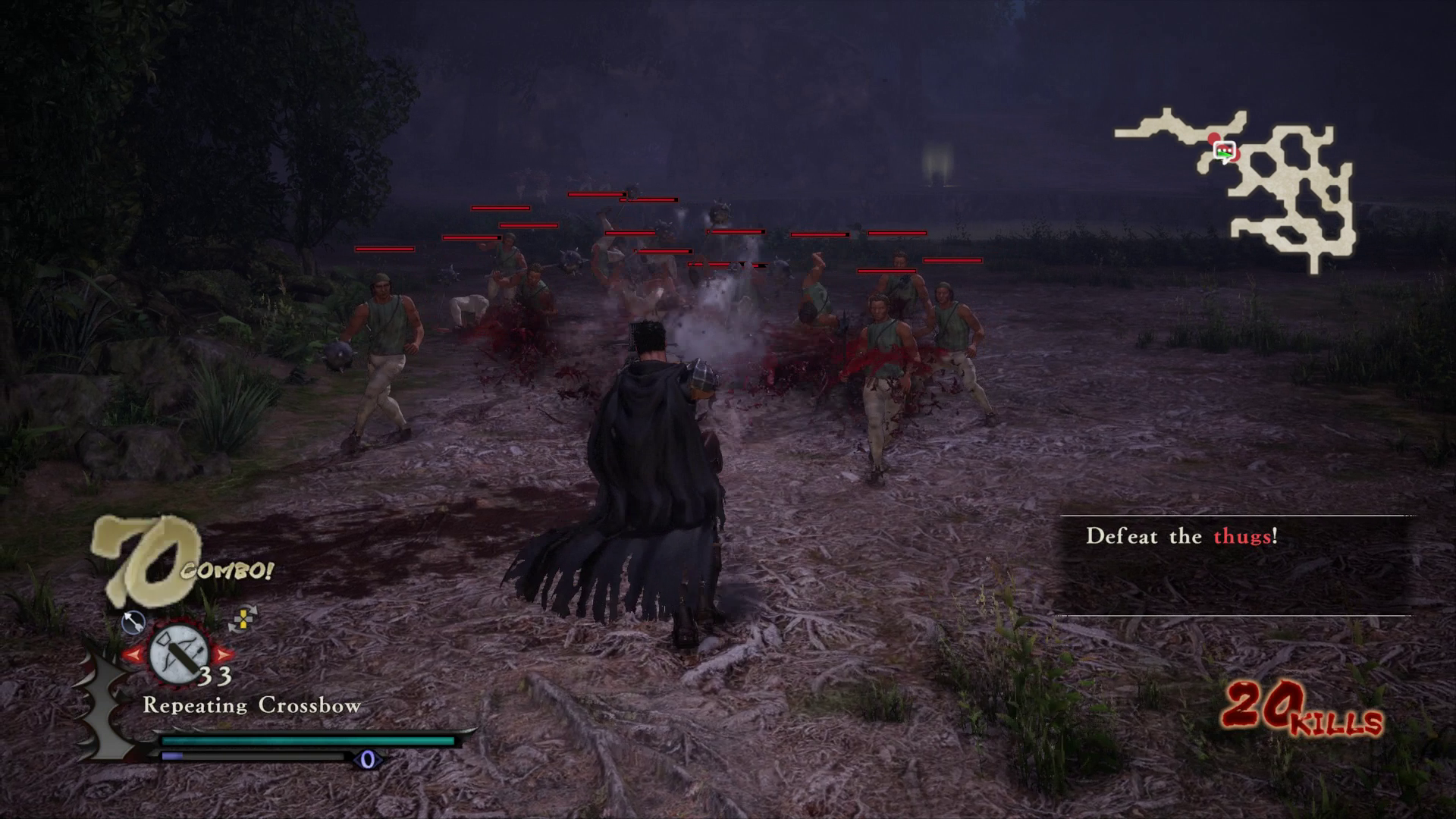 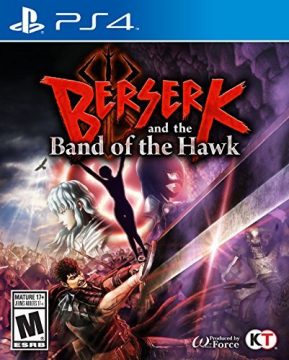 For the third game, the Berserk license would finally change hands, with Koei Tecmo and Omega Force taking the reins for a collaboration with their long-running Musou franchise. The timing of Berserk Musou’s release was part of a strategic marketing push for the Berserk franchise alongside the 2016 anime adaptation that began airing a few months prior, the 2012-2013 movie adaptations of the Golden Age arc, and a whole lot of mobile game collaborations in Japan. A year later, the game was brought overseas with the nonsensical name of Berserk and the Band of the Hawk, ending the 17 year drought that gamers in the west endured since Sword of the Berserk’s release.

Berserk and the Band of the Hawk is the most substantial game yet, covering from the beginning of the manga up to the point in the Falcon of the Millennium Empire arc where the party boards a boat in order to sail towards Elfhelm. The Lost Children arc is not covered at all, likely due to its controversial depictions of violence towards children. For producer Hisashi Koinuma, developing and localizing the game was a major concern due to the manga’s graphic content and the increased fidelity of modern consoles. Thus, a compromise was made – the Japanese version would maintain more of the sexual imagery of the franchise while reducing the gore, whereas other versions would have increased amounts of gore to compensate for the censoring of the story’s most unsettling moments. 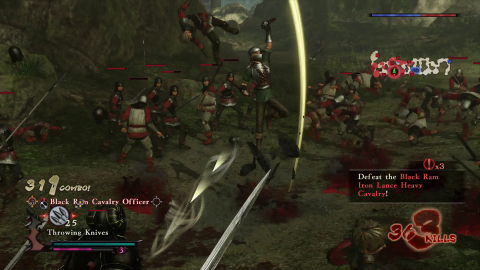 The story begins from its chronological starting point with the Golden Age arc, which comprises almost half of the game’s Story mode. To complement the story, many scenes from the 2012-2013 movie trilogy were carried over and they do a lot to make the presentation more engaging. However, this decision isn’t without its demerits; once you make it past the Golden Age arc, the presentation takes a nosedive, with the rest of the arcs employing the use of ugly and stiff in-engine cutscenes almost exclusively. Additionally, later arcs suffer far more cuts than the Golden Age arc does, with the Conviction arc in particular being hit the hardest. Many notable characters were completely removed (Azan, Luca, and almost the entirety of Griffith’s new Band of the Hawk, for example), making certain moments feel unearned and causing a lot of the manga’s deeper themes to go unacknowledged. The story is also let down by a very sloppy translation, full of typos, awkward language, and even an instance where the game tells you to rescue the wrong character! Suffice it to say, Berserk and the Band of the Hawk is a complement to the source material, not a replacement.

If you’ve played any of Omega Force’s Musou games, you’ll know exactly what to expect here – cut through hundreds of enemies using a combination of light and heavy attacks, defeat enemy commanders, and complete level-specific objectives. The Berserk license is an excellent fit for the Musou formula, since the Golden Age arc is based on the Hundred Years’ War (something Omega Force has already tapped into for Bladestorm) and the story’s lore gives a perfect reason for Guts to be pursued by an endless number of demons in every arc afterwards. Iconic battles and locations are pulled straight from the manga, so some missions will require you to do different things like escort NPCs, sneak past unsuspecting trolls, or protect a specific point from an enemy invasion. Some questionable insertions were made into the story as well, such as a frustrating fight against Femto during the Eclipse and several filler missions in which you have to slay generic thieves. Between missions, you can view dialogue events involving the characters currently relevant to the story, and while these events are brief and inessential, they help fill in for some of the quieter moments that didn’t make it into the game. 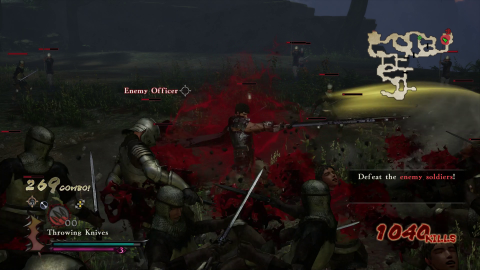 You’ll also get occasional boss fights against Apostles, which are more frustrating than fun. It’s great to have conventional boss encounters in a Musou game to break up the monotony, and the designs of the Apostles look great realized in 3D, but they employ a lot of cheap tricks that ruin the fights. Most of them are huge in size and are equipped with fast attacks that hit multiple times and launch you across the battlefield, often causing you to get stuck against a wall without being able to fight back as the camera struggles to keep things visible.

One of the game’s standout mechanics lies in the Frenzy system, which is similar to the Berserk mode from the previous two games. By continuing to fight, you can activate Frenzy mode, which powers up your character, makes them invincible, and also fills up your Deathblow gauge. Deathblows are the equivalent of Musou attacks from other games in Omega Force’s franchise – flashy attacks that are guaranteed to eliminate dozens of foes. Certain characters, such as Wyald and Zodd, can also use their Deathblow gauges to transform temporarily, giving them yet another power boost and a new moveset. Using your Frenzy gauge increases its level for the remainder of the mission, providing further power and a longer duration when it gets used again. This system is a clever one, as it encourages liberal use of Frenzy mode to maximize the carnage you inflict upon your foes, something that’s very much befitting of the Berserk namesake.

Tools also make a return from the previous two games (now called subweapons) and work in very much the same way. Each character comes with unique subweapons that have cooldowns after use and are generally based on their abilities from the source material. Subweapons are at their most fun with unique characters like Schierke, who can use them to summon golems, poison foes, or gather them all in one place. 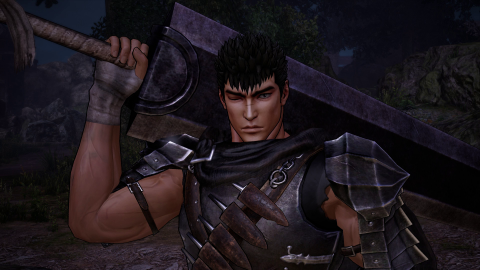 The game’s roster is uncharacteristically small for a Musou title, featuring only eight characters: Guts, Griffith, Casca, Judeau, Zodd, Serpico, Schierke, and Wyald. While the selection covers most of the essentials, it easily could have done with more – Isidro not being playable is a baffling choice, while additional villains such as Mozguz and Grunbeld would have been a blast to play as. Each character manages to feel quite different from one another and it’s a joy to try them all out, but the story mode has you playing as Guts for almost every mission and co-op is not an option either. The characters don’t feel balanced, with Guts and Griffith being significantly stronger than everyone else and Casca and Judeau feeling particularly weak.

Aside from the story mode, the other major mode is the Endless Eclipse mode, which turns the game into a roguelike of sorts. The goal of the mode is to work your way to the 100th layer of the Eclipse as you fight through various bite-sized missions that abide by a handful of environment templates at random. The foes you face vary based on the missions you choose and can include any character as a potential opponent, even offering an exclusive opportunity to fight the ever-mysterious Skeleton Knight. Your health isn’t replenished between layers and there are only checkpoints every 20 layers, so there’s a constant risk of losing significant progress. This mode is the only way to unlock all of the equipment and costumes and it’s also by far the greatest challenge on offer, so it’s something that completionists can get a lot out of. 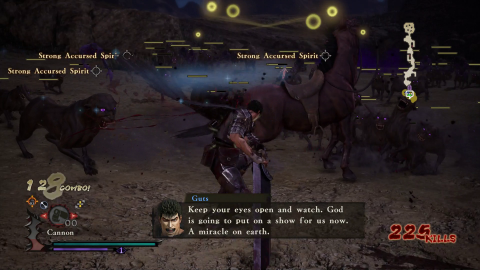 The game was initially released on the PlayStation 3 and that version of the game remains exclusive to Japan. Other regions received PlayStation 4, Vita, and PC ports a year later, with the PS4 and PC versions being the ideal way to play. The PS4 Pro is supported, allowing for 1080p resolution and 60 FPS gameplay, making for one of the smoothest Musou titles available. The Vita version suffers from some noticeable downgrades, such as blurrier textures, fewer enemies onscreen, and significantly muffled sound quality, but it’s a respectable effort nonetheless and the game lends itself well to portable play.

Despite its problems, Berserk and the Band of the Hawk manages to be the most enjoyable game to bear the Berserk license. Cutting up hordes is endlessly satisfying due to some excellent visual gratuity, and Guts has never felt better to control, especially once the player can go buck wild with the Berserker Armor. While the graphics tend to err on the side of blandly colored and dull, a lot of care was put into recreating the action from the source material and making every hit count; it never gets old seeing blood spray everywhere while limbs and pieces of armor fly into the sky as Guts’ Dragonslayer slams into foes with thunderous fury. It won’t stand out to those unfamiliar with the manga, but for Berserk fans, it’ll likely be the best way to relive the Black Swordsman’s journey for a long time.