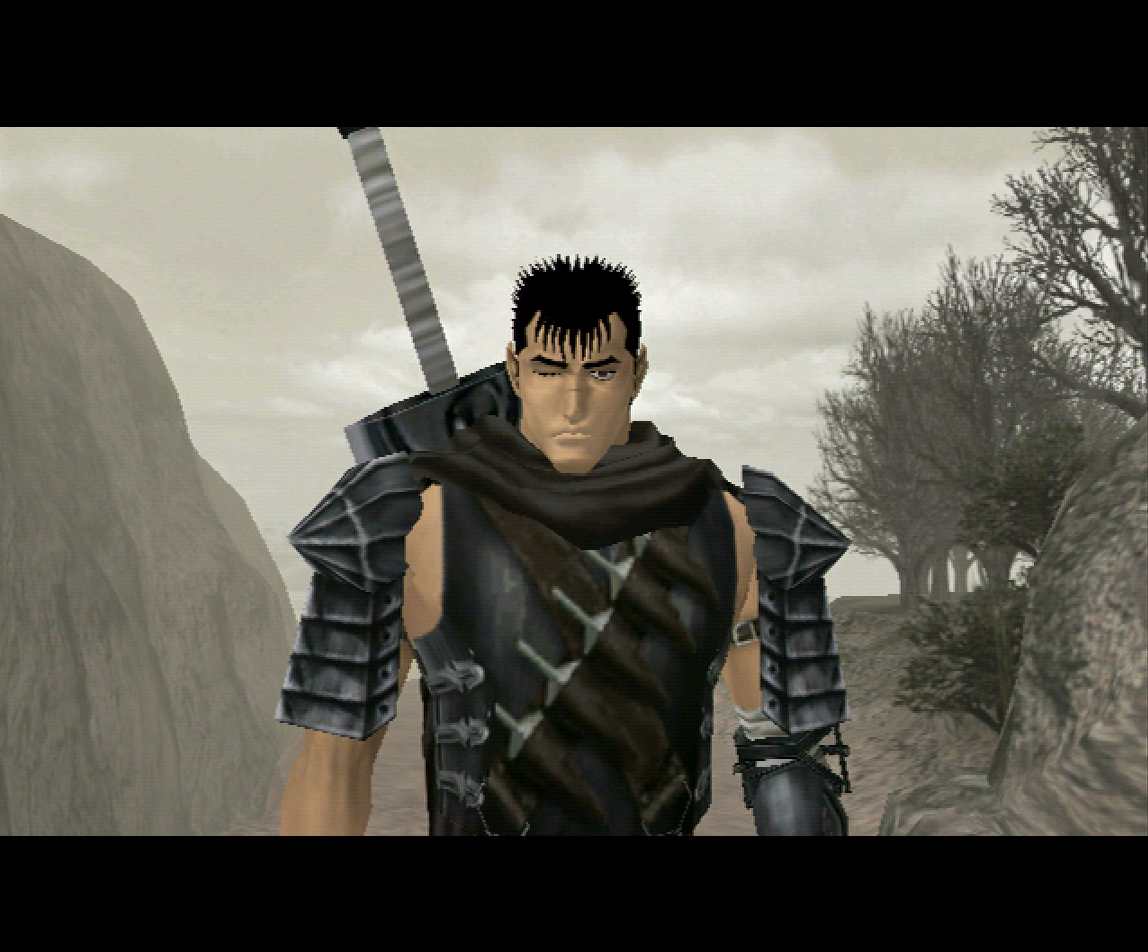 Kentaro Miura’s Berserk is unquestionably one of the most important manga ever created. It’s an unrelentingly grim and harrowing dark fantasy epic, spanning hundreds of chapters of demon slaying action and captivating interpersonal relationships. Despite starting back in 1989, Berserk has yet to be finished due to its intermittent publishing schedule, but it has still managed to inspire myriads of other works, including the beloved Dark Souls series and just about anything featuring a protagonist with a massive sword. Naturally, its success led to anime and movie adaptations, as well as merchandise and video games. Sword of the Berserk: Guts’ Rage tells an exclusive, entirely new story within the existing canon.

Sword of the Berserk was a Dreamcast exclusive and was released first in Japan on December 16th, 1999 (as Berserk Millennium Falcon Arc: Chapter of the Flowers of Oblivion), predating Shenmue by 13 days. This is notable as both games contain some of the earliest examples of what would become known as the modern-day Quick Time Event. The game was developed by Yuke’s, an unusual choice considering their experience lies mostly with wrestling games. 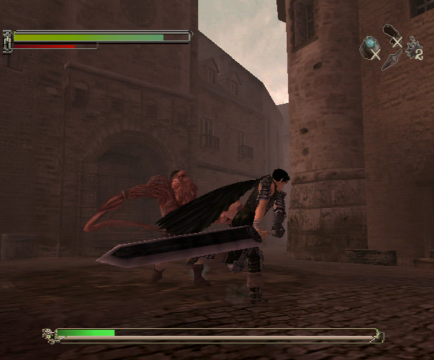 The game was released in March 2000 for North America and May 2000 for Europe, which is surprising given the history of Berserk in North America. The manga wasn’t officially released in North America until 2003, so the only exposure anyone had to Berserk was the 1997 anime adaptation of the Golden Age arc, covering volumes three through 14 of the manga. Sword of the Berserk takes place during the Falcon of the Millennium Empire arc (between volumes 22 and 23 of the manga specifically), so anyone playing the game in North America at the time was bound to be confused. The game does offer summaries of important characters and moments from the manga, but they don’t go into nearly enough detail to be useful. 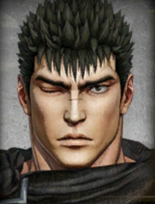 Known as the “Black Swordsman”, Guts was once a mercenary with the Band of the Hawk that was led by Griffith, whom he would get to know as a friend during that time. After the Eclipse, the pivotal moment of Griffith’s betrayal and ascension to demonhood at the end of the Golden Age arc, Guts becomes determined to get revenge on Griffith and the demons known as the God Hand while also protecting Casca until he can find a cure for her condition. 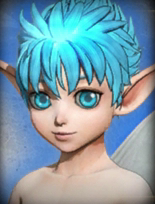 An elf that was once part of a traveling troupe until they were killed by bandits, he was saved by Guts and has followed him ever since. He serves as the comic relief of Berserk, oftentimes goofing off in the background or toying with the other characters. Still, he does manage to help the team out occasionally. 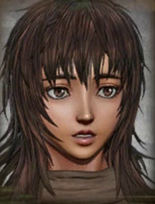 As a strong commander of the Band of the Hawk, Casca ends up falling in love with Guts over the course of the Golden Age arc. As a result of the unimaginable horrors she experiences during the Eclipse, she is rendered a shell of her former self, driven to complete insanity with no memory of her past with Guts or any ability to converse normally. 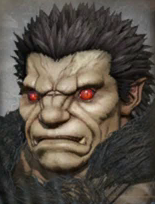 Known as “Nosferatu Zodd” due to his history of killing thousands on the battlefield, Zodd is the first Apostle that Guts encounters. He’s an extremely skilled swordsman who wants nothing more than to find the strongest warrior, compelling him to serve Griffith. He shows up as a particularly challenging boss here, though he doesn’t have any relevance to this game’s plot despite his importance in the source material. 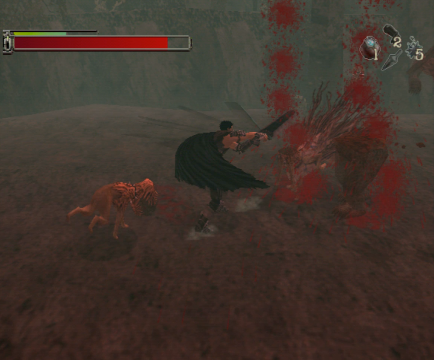 The story of Sword of the Berserk starts with Guts, Puck, and Casca as they continue their journey towards Puck’s home of Elfhelm in search of a way to cure Casca. Along the way, they rescue a traveling performer named Rita from a group of bandits, who encourages them to stop at the nearby town to watch her next performance. Once they arrive, it turns out that the town is afflicted with a terrible plague that turns people into Mandragorans, terrifying plant-like monsters. After Guts defeats a member of Rita’s troupe who mutated into a Mandragoran, the town’s leader, Balzac, offers Guts a job – if Guts can procure a Mandragora heart from a fully grown Mandragora plant, he will use its restorative powers to create a cure for Casca. Despite distrusting Balzac, Guts agrees and sets out for the Mandragoran-infested village where the heart can supposedly be found.

The story was written by Kentaro Miura himself and it does show, especially in how it posits an intriguing parallel between the struggles that Guts and Balzac are faced with in regards to the ones they love. Unfortunately, it ends up falling flat compared to the source material due to its strange pacing and poor cutscene direction. Cutscenes in Sword of the Berserk are long, with some taking upwards of ten minutes, making them feel at odds with the hack and slash gameplay. The cutscenes themselves aren’t exciting either, with most of them involving two characters standing still as they talk to each other. As a result of Eidos Interactive handling the game’s publishing, the English dub for the game (there’s no Japanese language option in the North American release) is surprisingly decent, with notable voice actors such as Michael Bell (Raziel in Legacy of Kain), Cam Clarke (Liquid Snake in Metal Gear Solid), and Paul Eiding (Roy Campbell in Metal Gear Solid) assuming primary roles.

The gameplay flow of Sword of the Berserk is not unlike a beat-em-up or Dynasty Warriors game; in each stage, you’re tasked with cutting your way through hordes of Mandragorans, demons, and soldiers as you work your way through linear environments towards an inevitable boss fight. Equipped with his iconic Dragonslayer sword and a host of tools courtesy of his prosthetic arm, Guts has a respectable arsenal to do battle with. Two buttons are dedicated to different slash attacks, with options for jump attacks and crowd control moves available as well. The tools available to Guts include a very powerful arm cannon, bombs that serve as effective crowd control, healing powder to patch up wounds in an instant, and throwing knives. All of these except the knives are limited in use, so you’ll need to collect more by breaking things in the environment. Guts even has the option to sheathe his sword in order to move faster and use his fists as well as a crossbow attachment, though these are weak options ideally meant for single targets in tight spaces. 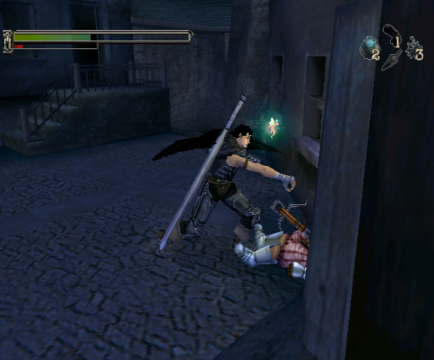 It all falls apart due to one critical problem though – any time Guts’ sword hits a wall, it will bounce off the wall and stop Guts clean in his tracks, leaving him open to attack for several seconds. Between the massive size of Guts’ sword, his tendency to swing in wide arcs, and the fact that most of the game takes place in uncomfortably tight spaces with no camera control, this turns what would normally be a mindless romp into something utterly maddening. It’s baffling to witness Guts constantly struggle to use his signature weapon and it ruins the power fantasy that should be inherent to controlling a force of nature like Guts. The only true recourse for this is the Berserk mode that triggers upon doing or taking enough damage, which makes Guts invincible, more powerful, and prevents his sword from hitting walls until it runs out.

The main cast looks nicely detailed, remaining faithful to their original appearances while the monster and boss designs are great all around with plenty of grotesque imagery. Ancillary characters such as the villagers look far worse and are minimally detailed to the point that they appear to be lacking faces. The environments are consistently bland as well, including brown villages, caves, and narrow hallways, though a brief trip through a foggy forest is memorable enough. The music was composed by Susumu Hirasawa, who was also responsible for the soundtrack of the 1997 anime and brings a similar tone to the game. The soundtrack generally doesn’t stand out, oftentimes getting obscured by the loudness of the action, but the main and ending vocal themes sound melancholic and haunting in a way that perfectly fits Berserk. The sound effects complement the game’s combat well, as every hit you land sounds extremely crunchy and satisfying. This gets amplified when in Berserk mode as your hits land faster and dismember your opponents, unleashing brutally satisfying geysers of blood.

Sword of the Berserk: Guts’ Rage would have fared better as a movie or OVA than as a game. Its main appeal is the exclusive story it tells, so the weak gameplay ends up feeling like an obstacle. It’s only a few hours long with a handful of unlockable extras like a boss rush mode and a minigame starring Puck, so expanding the story into a full movie would have been realizable without losing much. Curious fans are probably better off watching the game’s cutscenes online and moving onto the subsequent Berserk games.