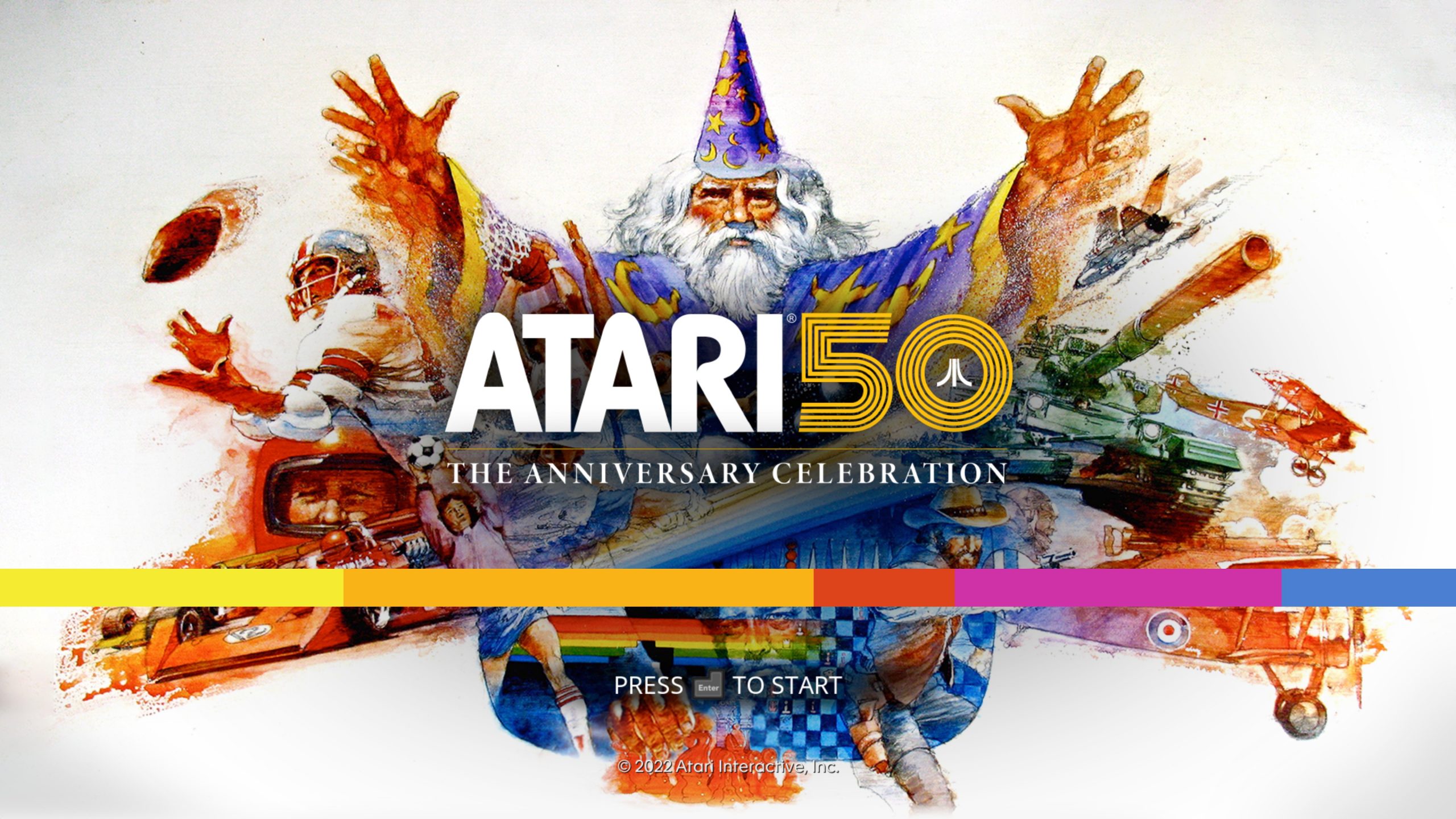 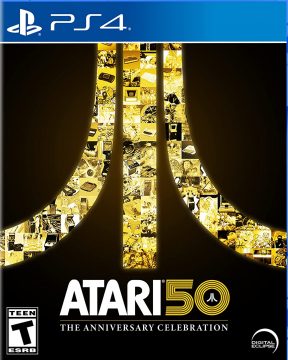 What Atari and Digital Eclipse have done with Atari 50: The Anniversary Celebration is a love letter to video games never seen before. Featuring over 100 games from arcades, handhelds (notably the cult favorite Atari Lynx), consoles (everything from the old battle axe Atari 2600 to its successor the Atari 7800, to the misguided “64-bit” Atari Jaguar, as well as the Atari 8-bit computer line.

Players can access games directly through a Games menu, but the way Atari 50 is clearly intended to be experienced is through their gargantuan Interactive Timelines. Taking players through gaming history one tidbit at a time, players learn trivia, see marketing artwork, play the games, watch old commercials, and see new interviews on so many topics even Indiana Jones would say, “This belongs in a museum!” Although great fun at home, one could easily see Atari 50 being a fixture in Game Design curricula at art schools and universities before too long. 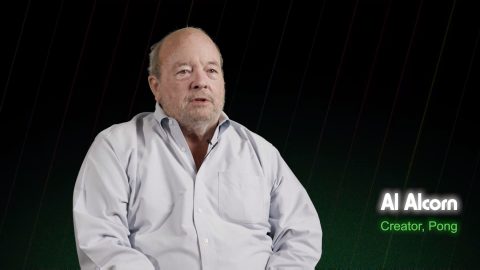 It’s worth noting this collection has Atari published games, so it’s missing some of those Activision classics (Pitfall, River Raid) or movie tie-in favorites (Alien vs. Predator on Jaguar, Batman Returns on Lynx, E.T. The Extra-Terrestrial on 2600) one might have grown up with. It’s also missing the titles from spin-off company Atari Games, so arcade titles like Gauntlet, Paperboy, and Marble Madness are not included, as they belong to a different company. Similarly, many essential Lynx titles are missing, like Blue Lightning and Electrocop, because their license remained with Epyx (though these have recently been released on Steam). The previous Atari Flashbacks collections offer more games altogether too, with some redundant titles between them. Still, no game collection is ever going to be comprehensive, and Atari 50: The Anniversary Celebration is such a deep dive into one of the first gaming giants that there’s still plenty to dig through for days.

By default, games play in their native aspect ratio (yay!), but they also play with a native filter turned on (umm?). While done in a subtle fashion (the LCD filter on the Atari Lynx is especially snazzy), this might come across to some as an annoying setting to flip off right when you start a game. In a nice touch, Atari 2600 games let you toggle between all the variations just like on the original system (inverted colors, black and white, 1 or 2 players, etc.) before you start up the game proper.

There are so many games here that trying to cover them one-by-one would result in a review dwarfing Dostoevsky’s complete works. Instead, here are some highlights. 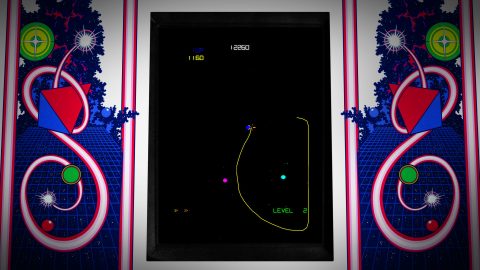 An arcade game from Harvard grad Betty Ryan, Quantum has players draw lines around what are supposed to be floating atomic particles. The vector graphics and groovy sound effects really make this pop. 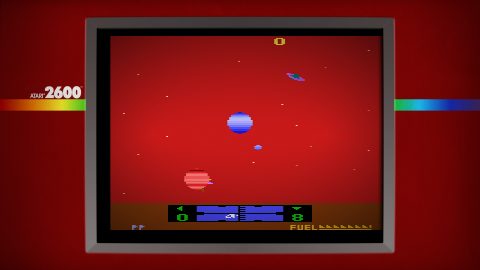 A reworked tie-in to the 1980s film The Last Starfighter, the fast space action in the stars and on planets features a navigational map for that extra layer of complexity. There’s more to chew on here than most Atari 2600 titles. 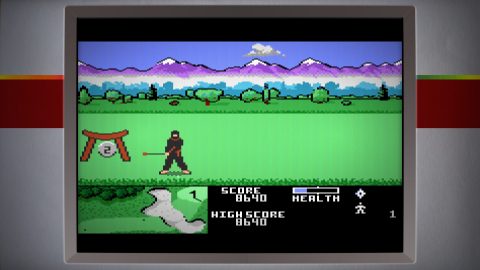 A very novel combination of two genres popular in the 1990s: ninjas and golf. Don’t expect simulation level physics here, but mixing up the zen nature of golf with the arcade action of ninjas goes a long way. 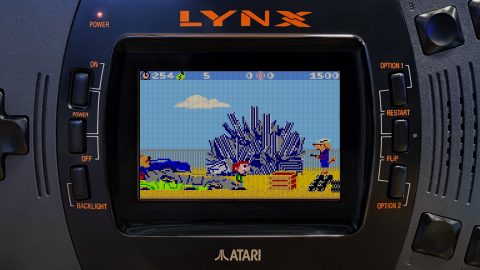 Often considered the best port of an obscure favorite, this quirky side-scroller takes players on a quest to find their dog. Enemies including mafioso mutts armed with to the teeth (shades of Don Bluth’s All Dogs Go To Heaven) and the always annoying birds. 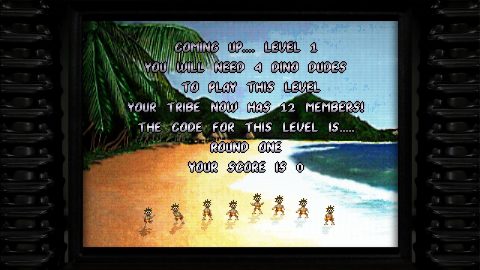 A port of the game The Humans under an different name, players control cartoony cavemen through puzzley levels. Sort of a mix between The Lost Vikings and Lemmings, Evolution Dino Dudes has a fun soundtrack and represents a once popular genre all too overlooked in modern times. 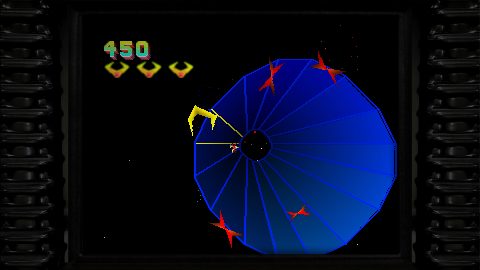 Rocking a 1990s techno soundtrack Neo would be envious of, Tempest 2000 updates the arcade classic with wicked fast action and tight controls. One of the best-sellers on the system, this is the rare remake done right. Probably the best overall game on the compilation, and still worth playing even with the release of the more modern Tempest 4000. 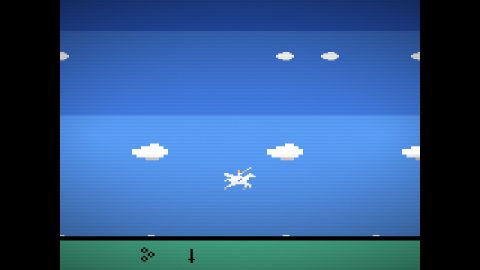 Atari had planned an ambitious quadrilogy of games under the Swordquest banner; only three were ever released. One of the handful of new games in the Atari 50 collection is Air Quest, the unreleased fourth game inspired by the original design documents created in the style of an Atari 2600 game. A challenging mix of vertical scrolling and maze navigation, this is a quite thoughtful inclusion. 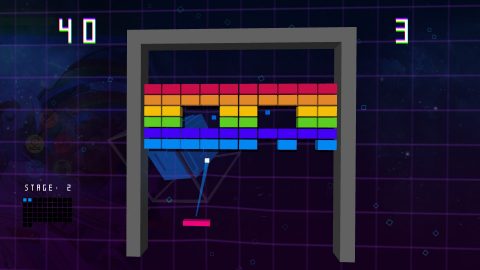 Another new game in the collection, Neo Breakout starts things off with the monochrome pixelated original before it continually evolves into color polygonal graphics with new play mechanics. A smart update of one of gaming’s oldest titles, Neo Breakout keeps the new graphical effects charming while not overdoing it. 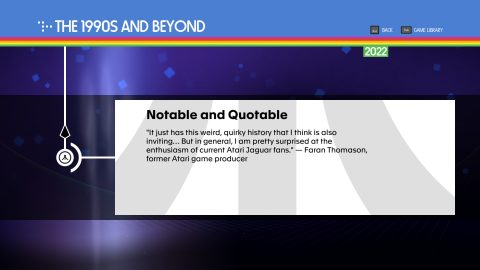 Despite the noticeable gaps in some areas – it’s great to see the Lynx and Jaguar represented finally, but its library is missing some critical titles – this is easily the best presented retro compilation ever made, and a high watermark for subsequent collections.

The full collection of games is listed below.