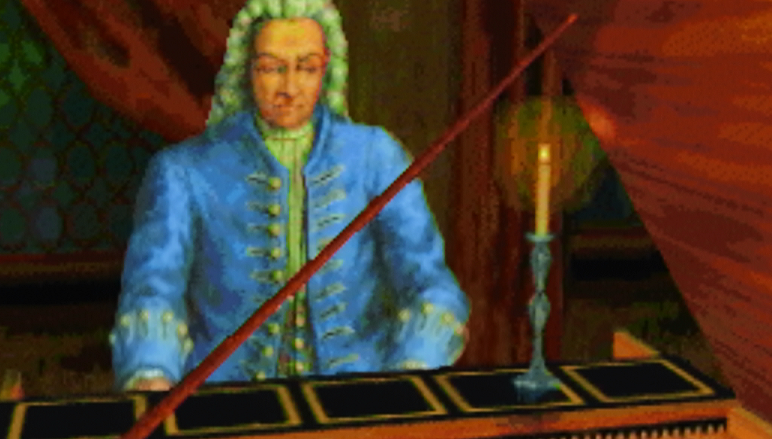 At some point halfway through the 1990s, the multimedia craze was taking the computer world by storm. Video game consoles suddenly became not just toys for playing games on, but tools for education, movie players, and everything else in between. Entire hardware platforms were designed around the concept, from Commodore’s Amiga CDTV, to Phillips’ much-maligned CD-i. Multimedia features were also key in Trip Hawkins’ much-touted 3DO Interactive Multi-Player concept, and the ability to play videos was just as important to the 3DO’s vision as high-color 3D graphics. Given how prolific multimedia was on the 3DO’s library as a result – the system played host to everything from ports of full-motion video games Night Trap and Mad Dog McCree, to an edutainment disc about birds, and even a few sexy titles from adult entertainment company VIVID – it’d be all too easy to dismiss Sid Meier’s C.P.U. Bach as a similar such multimedia title.

C.P.U. Bach – a sort of double-pun name, referencing both the computerized nature of the disc, as well as the name of one of his sons, C.P.E. Bach – hardly even bothers with full-motion video, let alone game mechanics. When you boot the disc up on your 3DO, after a brief introductory video, the machine immediately begins playing music in the style of Johann Sebastian Bach. But it is not just playing a tune from a pre-composed library; as the front of the case proudly proclaims, “Your 3DO can compose original music!” This is actually completely true, as C.P.U. Bach is the result of at least a year of work by MicroProse’s Sid Meier and Jeffrey L. Briggs, on a computer algorithm that can near-flawlessly create new compositions from scratch, designed to mimic the Baroque-era style of Bach. Everything from fugue to chorale, C.P.U. Bach can effectively generate an entire concert in just a few seconds, and then perform it in front of you. While there are occasional imperfections in the audio – the music is being played on what amounts to wavetable MIDI, so it obviously won’t sound as good as a real orchestra – one could easily set up a 3DO running C.P.U. Bach in a living room and tweak the settings for whatever entertainment one could possibly want. 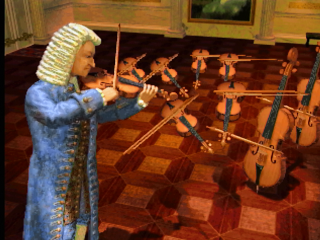 And while the actual amount of settings is nothing massive, it does offer a fairly large degree of control over the kind of music that C.P.U. Bach generates. From the “Change Concert” menu, there are seven major settings – Concert, Sunrise, Sandman, Party, Soiree, Literary, and Reverie – and beyond that, sixteen different styles of composition from Prelude to Concerto. While the user can’t directly influence the generated piece of music, they can alter the sliders (displayed as music staffs, with increasing numbers of notes acting as a makeshift bar graph) to adjust how frequently the program will choose to generate that type of music. If the user goes even deeper, it is even possible to adjust how frequently a given instrument will appear in the composition, with twelve instruments available from pianos, to woodwinds, to brass, and even a chorus and a synthesized square-wave. 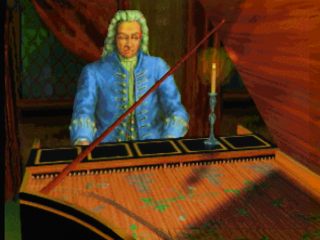 C.P.U. Bach In Concert. His hands, and the piano mallets, animate accurately to what he’s playing.

Since a 3DO disc would be awfully boring without anything on screen, C.P.U. Bach comes with four visual presets to go along with the music. They range from a basic kaleidoscope-style visualizer, to a gallery of scrolling nature photographs, and even a Musical Analyzer that displays the musical notations of the piece being played, along with a textual description of what each instrument is doing, and some definitions of the musical terminology being used. Bach himself even shows up for the “In Concert” setting, playing the lead instrument of the current piece, while typically accompanied by floating instruments that represent the rest of the orchestra. These are not mere canned animations; they are quite accurate to the actual instruments being played, and the fingering and operation of the instruments is certainly close enough to be convincing. 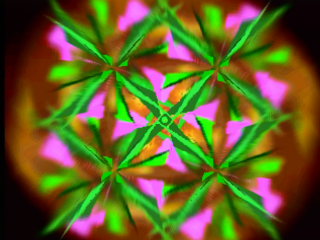 The actual composition of music played by C.P.U. Bach was so close to the real thing, in fact, that designer Sid Meier was worried his team would “ruffle a few feathers” in the world of music composition, with the mere thought that a computer could write music as good as a human could. In that respect, while C.P.U. Bach is not as widely remembered as some might have expected (mainly owing to the already-niche nature of its release, as well as never being released anywhere other than the ill-fated 3DO), it still stands as a statement, if not a milestone, to the rapid progress of computer technology. Meier himself even noted his project as an important step in recognizing that computers can be involved with – and even create – art, with less and less involvement from a person. And even if you aren’t as interested in what C.P.U. Bach represents, it may still serve to garner interest in the real Bach and his considerable influence on the world of music.