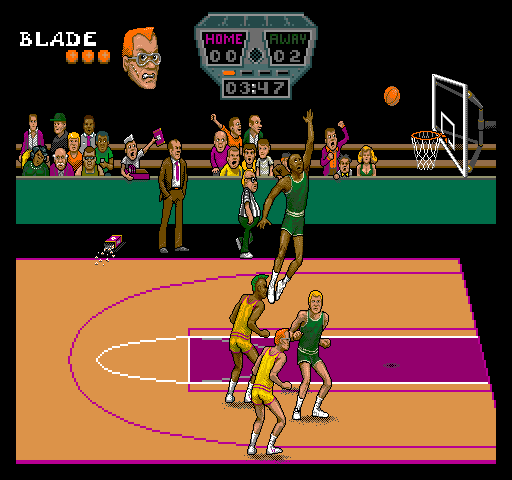 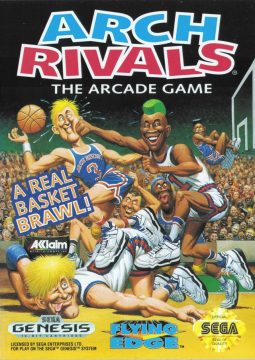 Sports games are a genre that has existed ever since the very first game consoles, and they’re a genre that obviously isn’t going to die out any time soon. From the tiny, indistinct little pixel men of RealSports Football on the Atari 2600 to the modern-day deluge of Madden games, practically every sport on Earth has been accounted for in about a hundred or so different ways. Most of these games try to match the real thing as closely as a video game can, but a few games try to make things a little different, by making the action faster and more over-the-top. NBA Jam and NFL Blitz were probably the most notable examples, with their simplified rules and incredibly fast gameplay.

A few years before those, though, there were two arcade games that anybody, even people who never even watched sports, could pick up and enjoy. Bally/Midway (this was before the time they were just plain old Midway) made two different sports game not far apart from each other. While one is based on basketball, and the other very loosely based on American football, they both share the same art style and basic controls.

Arch Rivals was hardly the first basketball game to hit the arcades, and it certainly wasn’t the last. Since it’s an arcade game, the rules have been heavily altered from actual basketball rules, so it’s pretty easy to pick up on, even if you aren’t a sports fan. It might not be as fast or as flashy as NBA Jam, but it’s still a lot of fun if you’ve got a friend to play with.

At the start of each game, you get to pick your player from one of ten characters, each of whom has a name and an attribute like “Crowd Pleaser.” All the players and teams are fictional, so you’ll often end up with matchups like “Natrual High” VS Chicago. One of these players is an angry looking guy with orange hair named Arnold, so you can pretend that kid from The Magic School Bus grew up to be a real badass who makes people wish they had stayed home today. Other than their head and the color of their skin, however, all the characters are more or less identical in terms of stats. 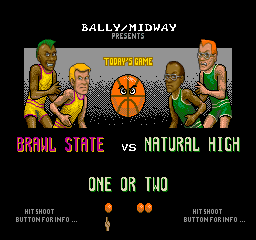 The actual game itself is a basic game of two-on-two basketball, set over four quarters played for four minutes each. You control your character directly with the joystick, while your partner is controlled by the AI. The camera will focus on whoever has the ball at the time, so it’s entirely possible for your character to end up going off the screen, which means it’s not always easy to tell what’s going on. You do get an arrow pointing at off screen, which helps. There’s only two buttons: Pass and Shoot. If your teammate’s carrying the ball, you can have him either try to shoot it or pass it over to you. If you’re carrying it, you can hold down the Pass button to change the arc of your throw. If your opponent has the ball, you can jump into the air with the Shoot button in attempt to block their shot. It’s pretty easy to pick up on, which means you need to have little to no knowledge of actual basketball to stand a chance.

The other thing that makes Arch Rivals so fun to play is that there aren’t any rules, fouls or otherwise. The only time the referee ever comes into play is if you take too long to take a shot, and for that to happen, you have to be pretty much trying to not throw the ball. Not only that, but unlike pretty much every other basketball game ever made, and very much unlike real basketball, you’re free to beat the crap out of the other players. Whenever you’re not holding the ball, you can hold down the Pass button to hold your fist back, and when you release the button, you’ll punch in whatever direction you’re facing. If you manage to land a punch on whoever’s holding the ball, they’ll drop it, leaving it free for you to snatch back. You can also do a lunge by hitting the Shoot button while holding down Pass, which covers more distance, but can leave you stunned for a second if it misses. Keep in mind you’re never penalized at any point for punching the other players in the face, so there’s pretty much no reason not to try to at all times. 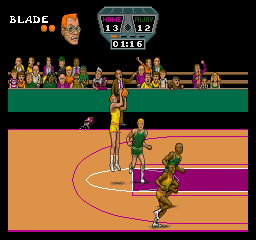 Over the course of the game, popcorn and water spills will also show up on the court, and anybody who steps on these will end up slipping, dropping the ball for somebody else to grab. Other than that, though, it’s pretty much your standard basketball game, and not a very complex one, at that. You’ve got no injuries or fatigue to deal with, no swapping out players, or any sort of simulation element, which is good if you don’t really care about that sort of thing. If you’re the kind of person with a deep love of the more complex parts of the sport, though, this game probably won’t quite be your thing. Like most arcade sports games, there’s no sort of progression, either. Once you’re done with a game, you’re done, you’re going straight back to the title screen until you start a new game.

Compared to a lot of the other games that came out by 1989 at this point, the game looks and sounds pretty ropey. It’s not that it looks awful or anything, it’s just that the actual presentation is pretty dated. Sure, it’s a sports game, meaning that graphics aren’t going to be the big draw for most people, but the game honestly looks like it could have been released three or four years before it actually came out. The actual characters look all right, with a cartoony art style to them, but they don’t have many frames of animation. Sound-wise, you get a lot of digitized speech, but the sound chip makes most of it sound really fuzzy. This ends up making the crowd’s cry of “DEFENSE!” sounding a lot more like “JESUS!” There’s also only one music track for the whole game, which could only be described as “80s funk”, which constantly loops over and is best ignored.

The arcade version is, as you’d expect, the best version. The only real flaw is that you’ll have to stick quarters into the game every once in a while to continue play, but that’s easily fixed by turning on Free Play. The NES version suffers from some severely cut-down graphics and a (possibly beneficial) lack of digitized speech, but otherwise plays pretty well. The Game Gear version somehow ends up running a lot faster than the original game, but it’s a lot harder to tell what’s going on due to the smaller screen. It also – thankfully – doesn’t use speech. Or, oddly enough, any sound effects at all. The game also showed up on Midway Arcade Treasures 2 for the Xbox, PlayStation 2, GameCube, and PC, but this is just a straight port of the arcade version with no enhancements.

Overall, Arch Rivals is a great game if you’re somebody who wants a sports game that’s easy to learn and play. It’s been surpassed in some ways by NBA Jam and its like over time, but it’s still a fun basketball game if you just want something to pick up and play. Besides, a basketball game where you can punch everybody is something you sadly never see much of. Interestingly enough one of the players, Tyrone, showed up on Video Power, Acclaim’s attempt to make a video game based cartoon like Captain N. 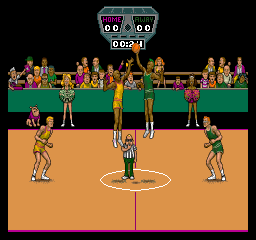 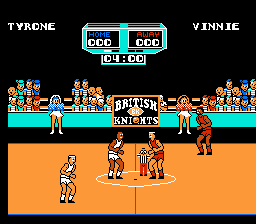