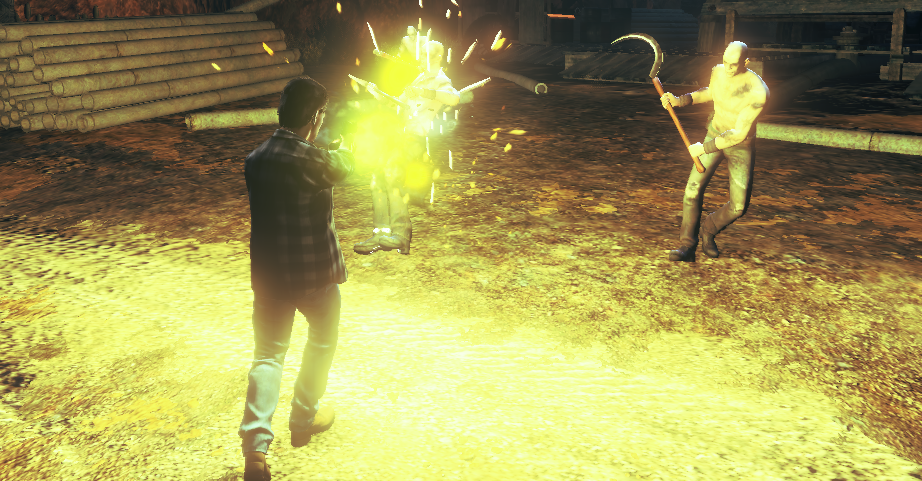 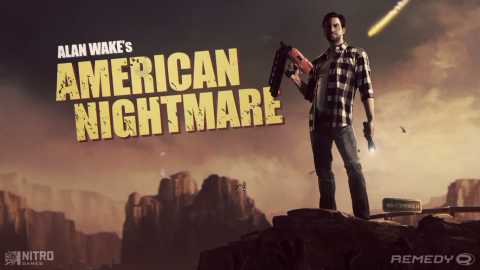 American Nightmare is a very different game than the original Alan Wake, but also very much the same. This short game, distributed digitally, takes place over three time loops, as Wake escapes back into the real world after the ending of the previous game to hunt after the new avatar of the dark presence, Mr. Scratch. Like last time, Wake has a story planned out, but things are complicated not just by memory loss, but also Scratch trying to change things to benefit him. Scratch is every single rumor and whisper about Wake taken physical form, a womanizing psycho murderer who constantly teases Wake thought TV clips, threatening his loved ones and killing random people for the fun of it. Wake must find his manuscript and prepare his current reality to fit his story and end Scratch once and for all, and hopefully return home. 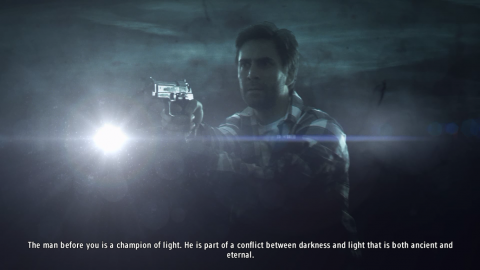 The Stephen King-ish trappings of the first game are replaced with a Twilight Zone set-up, as Wake adapted an old script he did for a similar anthology show, with some Tarantino style black comedy thrown in. It’s actually a very clever idea that combined the tastes of Wake and Scratch, both having significant control over the scenario. The women Wake meets in all three areas are more sexualized and tropey than the quaint small town citizens of the last game, replacing Lynch quirkiness for exploitation. However, those elements have a degree of subversion to them, like Scratch directing controlling one of the women, another finding her own way out of the time loop, and a scientist questioning Wake’s morality in scripting these events. The story directly confronts that Wake isn’t entirely innocent in the deaths that are caused by his stories he writes for the greater good, resulting in some interesting conversations and commentary. 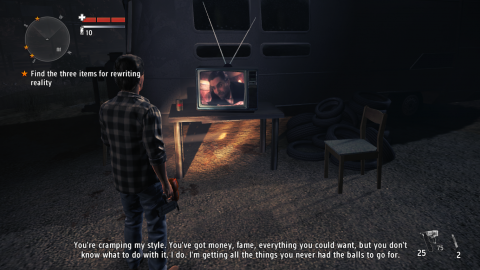 Mr. Scratch also makes for a fantastic villain. He’s Wake’s opposite in every way, including in temperament and depth of character. His big secret is that he knows he’s destined to lose to Wake and acts out in frustration, hiding behind a confident persona, not unlike Randall Flagg of Stephen King’s body of work (mainly in The Dark Tower). Picking up on his insecurities makes him way more interesting than the former avatar, and he’s damn entertaining in the process. Ilkka Villi is clearly having a blast playing Scratch, often shown in live action, even if his voice is dubbed over by an American actor. His body language is just so loud and expressive in the most ridiculous way. 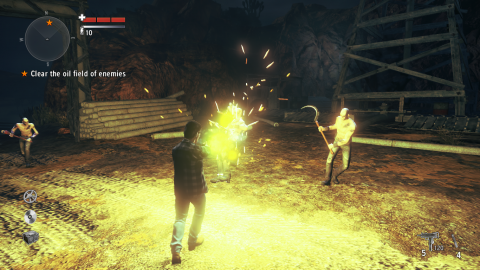 With the more limited focus, American Nightmare decides to make itself an arcade style title, changing some base mechanics. Regenerating health is replaced with a proper health bar, and spotlights are more scarce. The graphical style has a bit of a cel-shaded look, not too dissimilar to Borderlands, and Scratch’s new types of taken are barely human. It’s a much more exaggerated look that fits the switch to gunplay and movement over resource management well, with new weapons to unlock by finding manuscript pages. There’s a lot of fun to be had playing around with these and finding which creates the right rhythm for you (the sawed off shotgun in particular is fantastic). 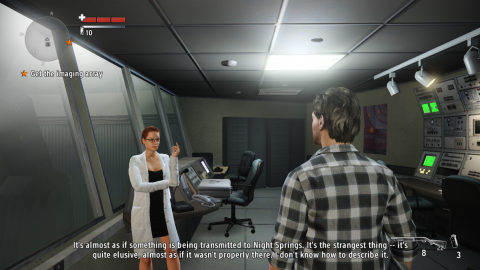 There’s a lot of nice little tweaks, like Wake moving a bit faster than before and no longer having to worry about stopping to catch your breath. There’s no more feeling like you’re just trying to survive, this is now feeling like a warrior and hero, and Wake fits the role really well. Even his wardrobe has changed to plaid and jeans, and it blends him in with the new desert setting well. It also contrasts nicely with Scratch’s showoff dress vest and slick hair. Light and darkness symbolism is downplayed in exchange for class and weapon preference, and it fits the new pulpy style perfectly. You also have to give it up for the composers and bands who contributed. Poets of the Fall really outdid themselves with Mr. Scratch’s theme, The Happy Song. It’s ridiculous, cheesy, and hilarious in how stupid it is, yet absolutely blood pumping in the last fight, a perfect summation of who Scratch is. 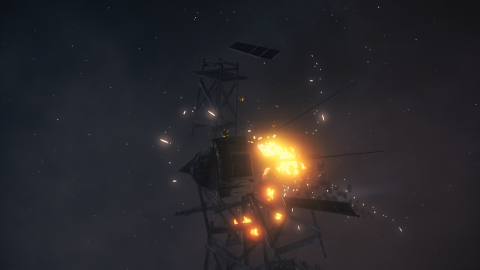 The only major problem is the repeating of the same three maps, though what you can do in them changes every loop. It still gets repetitive, only managing to avoid being a game ruining issue thanks to the short length of the title. You can even get some replay value with the arcade mode, which pits Wake against swarms of enemies to get high scores. American Nightmare is remarkably polished for a project of this small a scope, and one hopes it becomes the foundation for a possible Alan Wake 2. Maybe not the style of it (imagining The Happy Song in the first Alan Wake is one of the most wrong things imaginable), but definitely the mechanics. If nothing else, American Nightmare is proof that the franchise has incredible potential to cross genres and expectations, able to do things that would instantly kill any other game series. Also, this baby is still up on online storefronts, though you’ll get more out of the story if you played the first game, especially the ending.